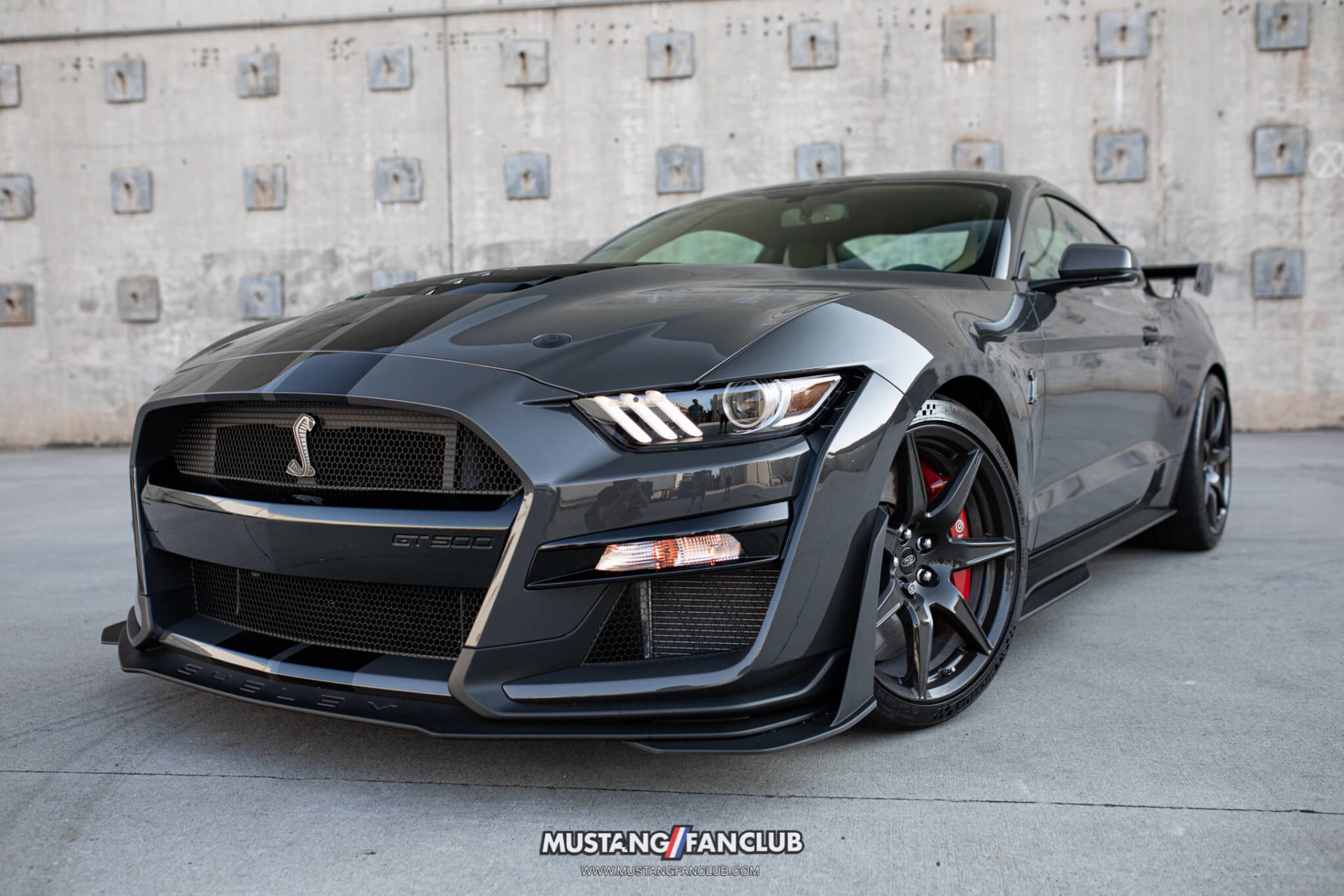 Ford Motor Company and the Juvenile Diabetes Research Foundation have partnered together since 1983. Ford has helped raise over $65 million since then! Last year a one-off Shelby GT500 in the exclusive color called “Venom” was raffled off to help raise funds for JDRF. I had the opportunity to meet the owner who won this vehicle and also photograph it to share with my awesome community of Mustang enthusiasts.

What is the Venom Shelby GT500?

The 2020 Shelby GT500 produced in the exclusive Venom color is a one-off GT500 built for the JDRF raffle. This GT500 is just like any other production GT500 aside from the custom color. It was optioned with the Carbon Fiber Track Package ($18,500 option) and Painted Black Stripes ($10,000 option).

I’ve heard the Venom color is a color used from the Lincoln exterior color options but haven’t confirmed this.

Ron was attending the 2019 Barrett Jackson Auction in Palm Beach, FL. (April 2019) with a few of his friends from his college days. He stopped and checked out one of the Ford sponsored areas and noticed that Ford was raffling a 1 of 1 Venom Gray GT500 that benefitted the JDRF. He decided to purchased two tickets (#265 & #266) for $10 each. This was the first event that the tickets were being sold. At the time, the Venom GT500 wasn’t even built yet, there was just a rendering on display to give everyone an idea of what the car would look like.

Fast forward to November 14th, 2019. Ron was on his way to Charleston, SC. to attend a wedding with his wife and youngest son. His phone rang several times from an unknown number from Detroit. Like most of us, he thought it was a spam caller so he ignored the phone call. As they stopped for lunch, Ron checked his emails and found an email from an individual that worked for the Ford Global Action Team for JDRF asking them to contact him in regards to the JDRF raffle.

After reading that email, Ron immediately called them back and that’s when he was told that he was the Grand Prize Winner of the 2020 Shelby GT500! He admits that he was in disbelief at that time. I would have been too! Over the next few days, Ron was still a bit skeptical but continued to receive emails from the representative and even checked the names of some of the other members attached to the emails to convince himself this was for real.

Ron was given the option to have his new Venom GT500 shipped to a local dealer to take delivery or come to Ford HQ, in Dearborn, MI. to meet Edsel Ford II, Team JDRF and members of the Ford Performance Team. “Obviously, I couldn’t pass on the opportunity to go to Ford HQ,” Ron said.

Ron and his son Domenic took delivery of his new 2020 Shelby GT500 on December 18th, 2019. He was greeted by several members of the JDRF and Ford Performance Team at Ford HQ. Together, they went to the executive garage to see his new GT500. Ron said, “It was drop dead gorgeous at first sight.” Shortly after arriving in the garage, Edsel Ford II joined them and the team presented Ron with a larger poster board of the Venom GT500 which Mr. Ford signed for him. Edsel also signed under the hood and inside the glove box.

They were in the garage for about an hour and a half. The Ford Performance team gave them a tutorial on the car and walked them through some of the features on his new 2020 Shelby GT500. In the garage, were some personally owned vehicles by the Ford family which included some GT40’s, Cobras and several classic Mustangs.

After they left Ford HQ, his Venom GT500 was picked up the same day and was transported to his local dealership to take delivery when he got back home. After a couple of days, it had arrived and after filling out some paperwork Ron finally took his new GT500 home on December 28th, 2019.