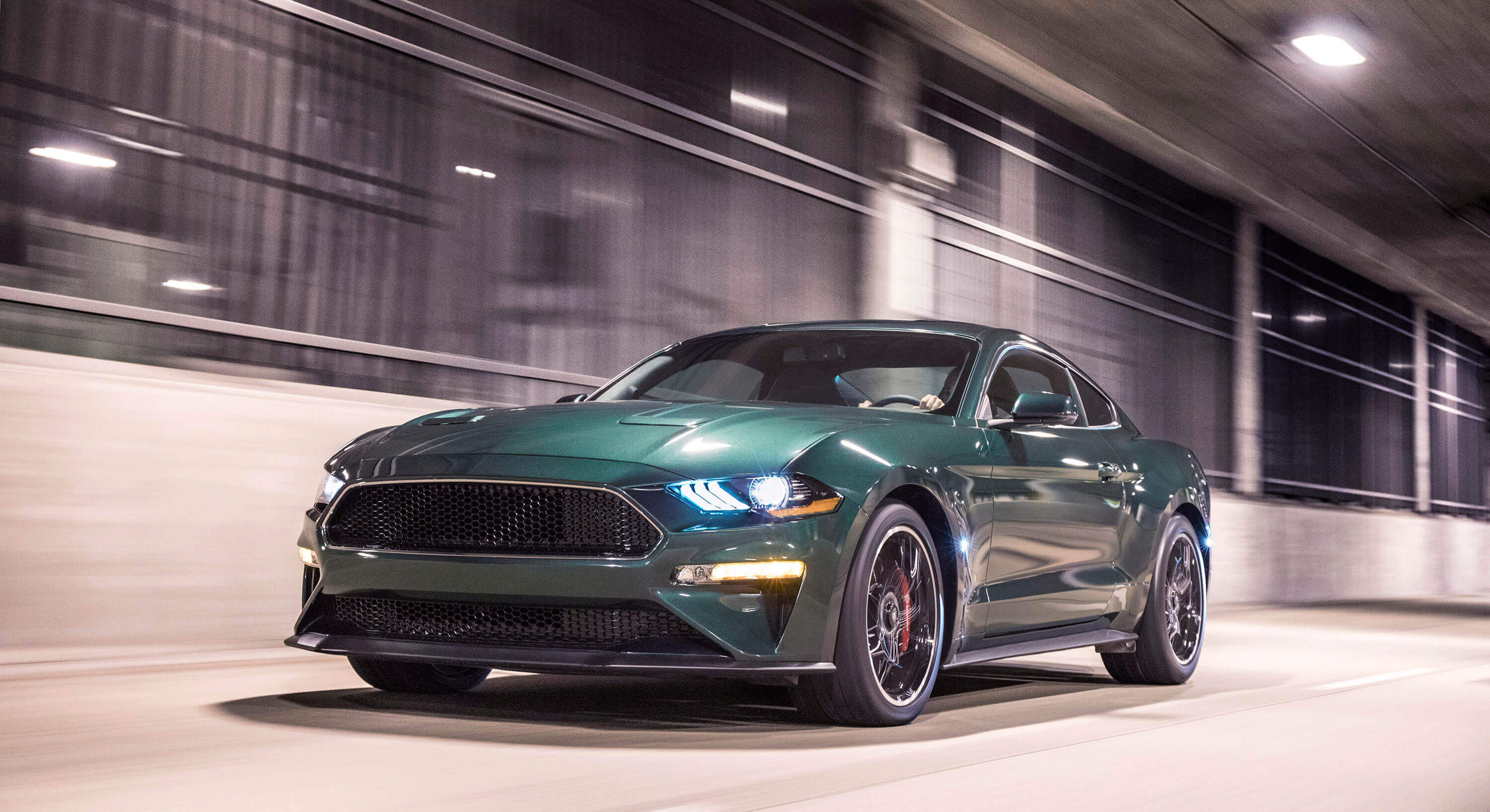 Celebrating the 50th anniversary of one of the most iconic car chase scenes ever in a movie, “Bullitt” is now among us once again! Only a few minutes ago, Molly McQueen introduced the world to the new 2019 Mustang Bullitt at the North American International Auto Show in Detroit, MI. 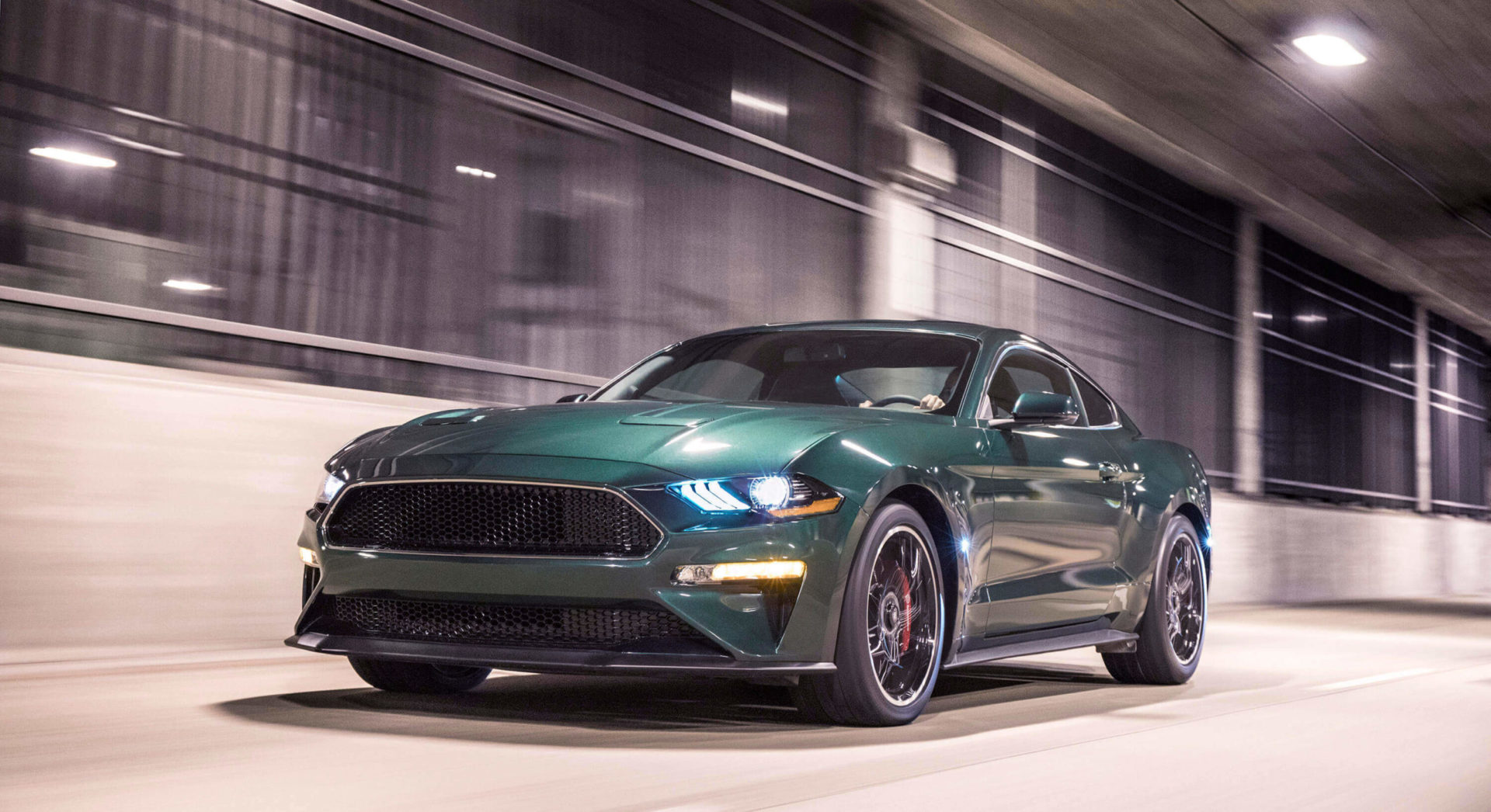 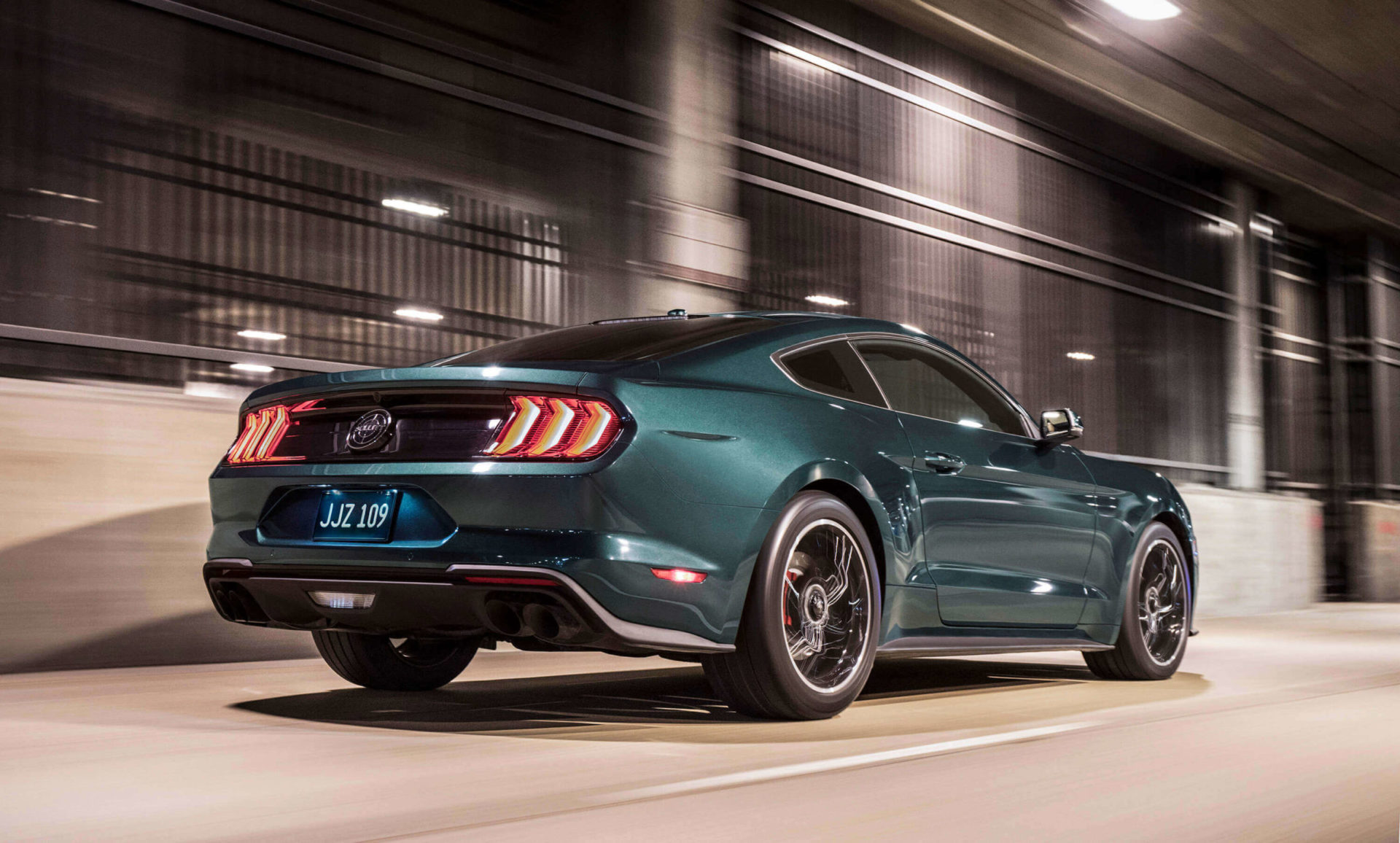 The limited edition Bullitt will come equipped with 475 horsepower, 420 torque and a top speed of 163mph. Making it more stout than your standard Mustang GT. On the exterior, you won’t notice any badging aside from the faux Bullitt gas cap and subtle chrome exterior trim. Paint options include Shadow Black or Dark Highland Green. We all know the only way to go is with Dark Highland Green!

“When making a Bullitt, there are certain things it absolutely must have,” said Carl Widmann, Mustang chief engineer. “It has to have the right attitude, it has to be unique in some way from a Mustang GT, and more than anything, it has to be bad ass.” 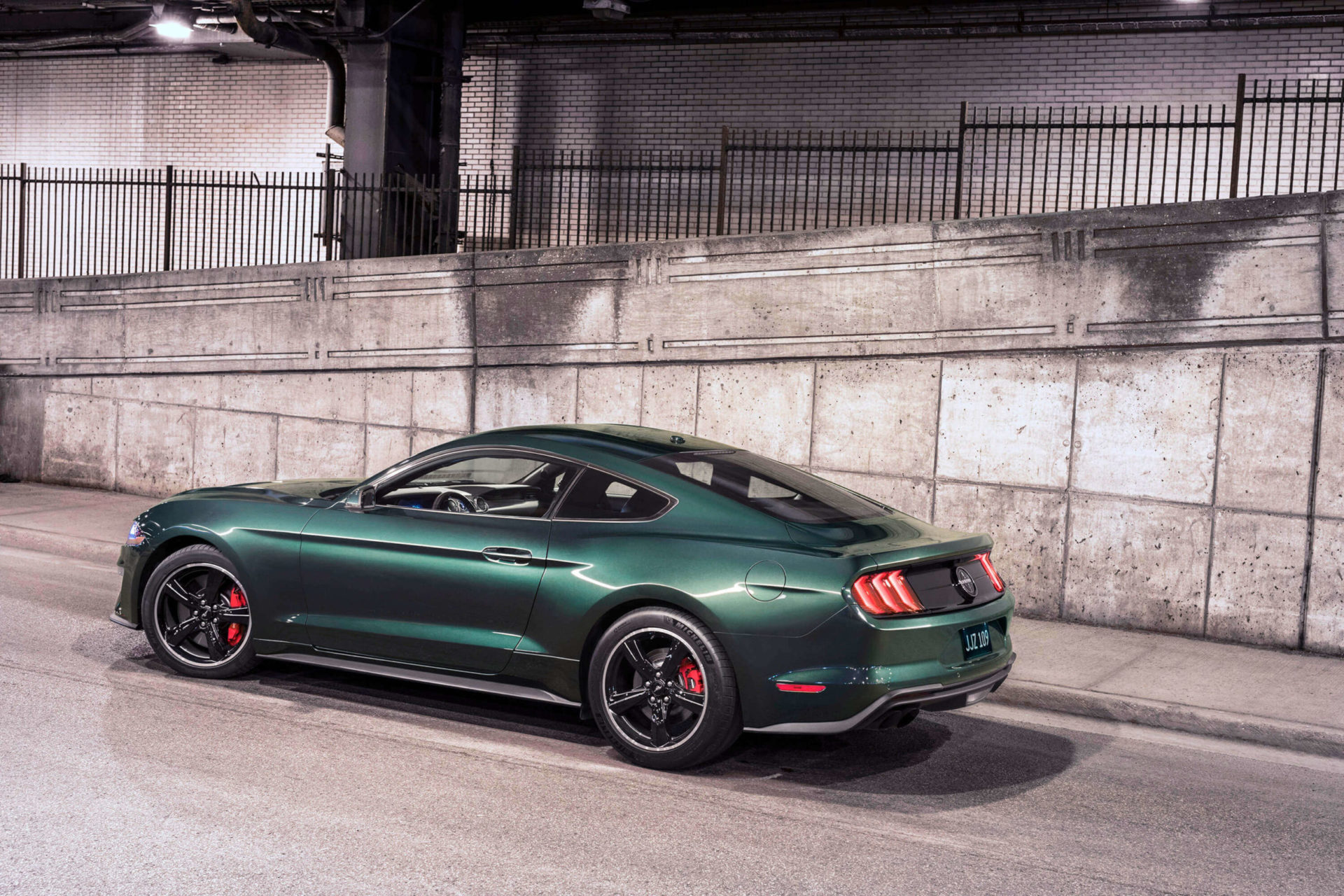 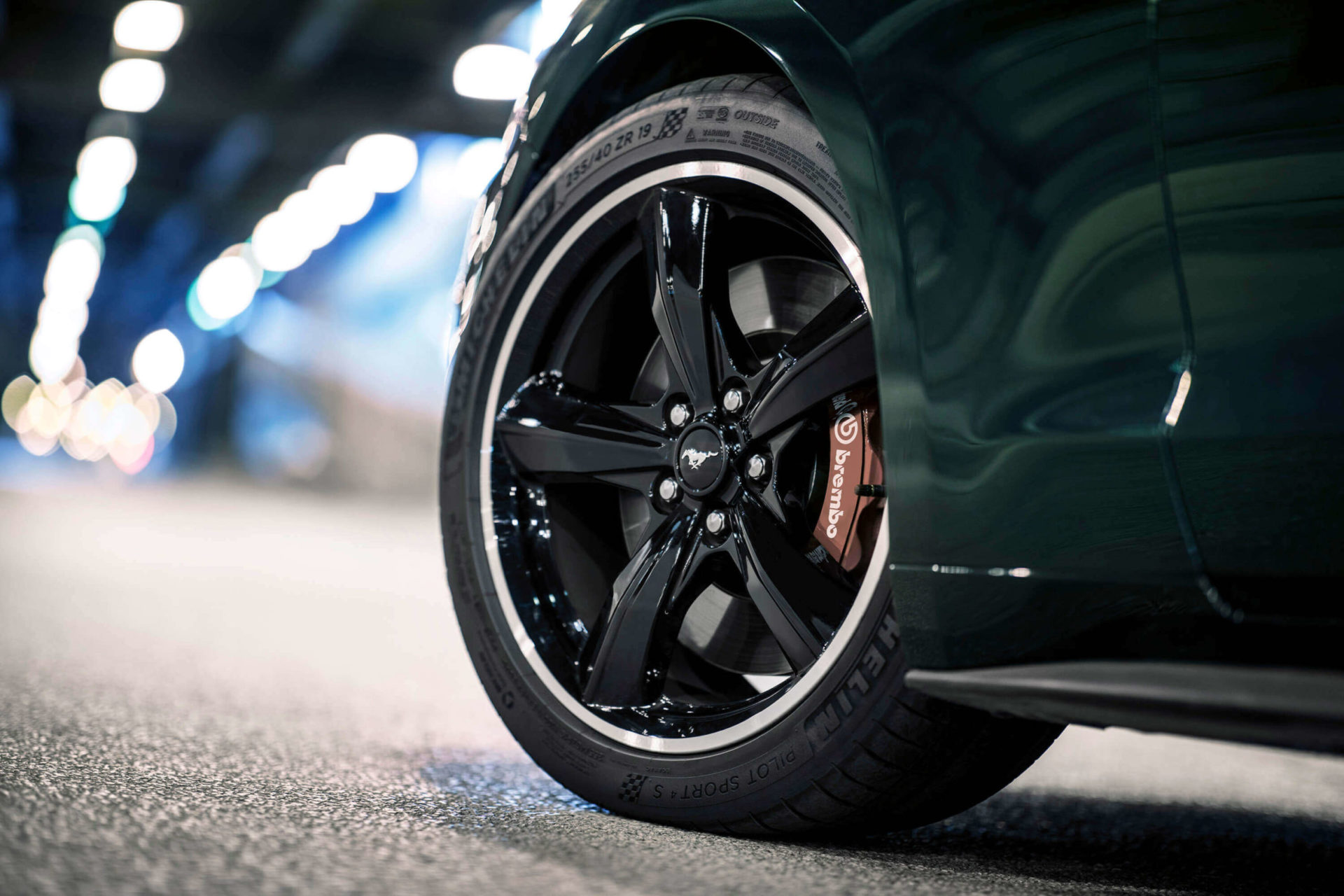 The smell of brand new leather

On the inside, not much will change from the Premium GT interior that you see. Unique features for the Bullitt include interior badging, green accents throughout the interior, custom start up welcome screen, cue ball shifter ball and optional green stitched Recaro seats. More standard features are listed below! 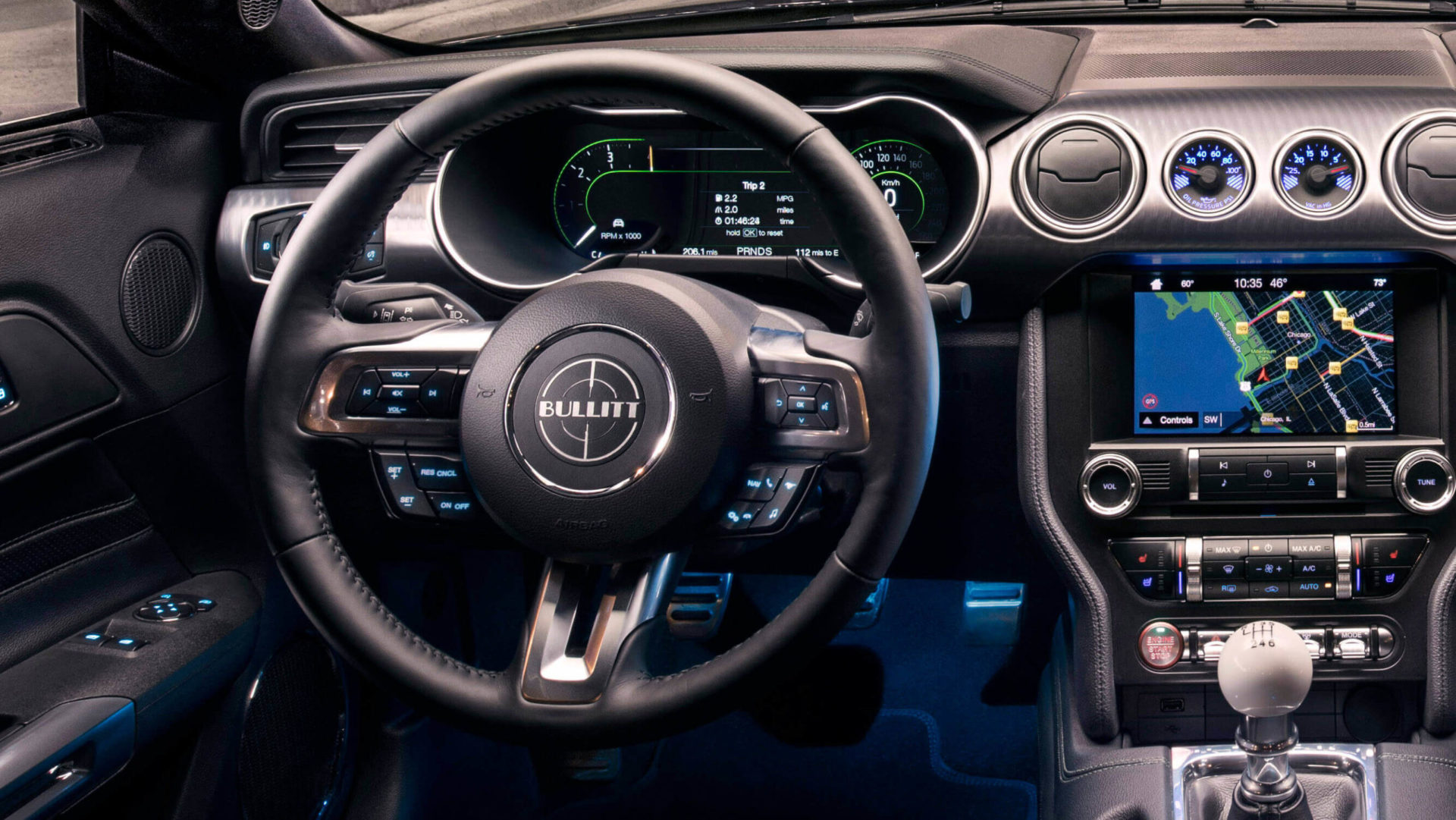 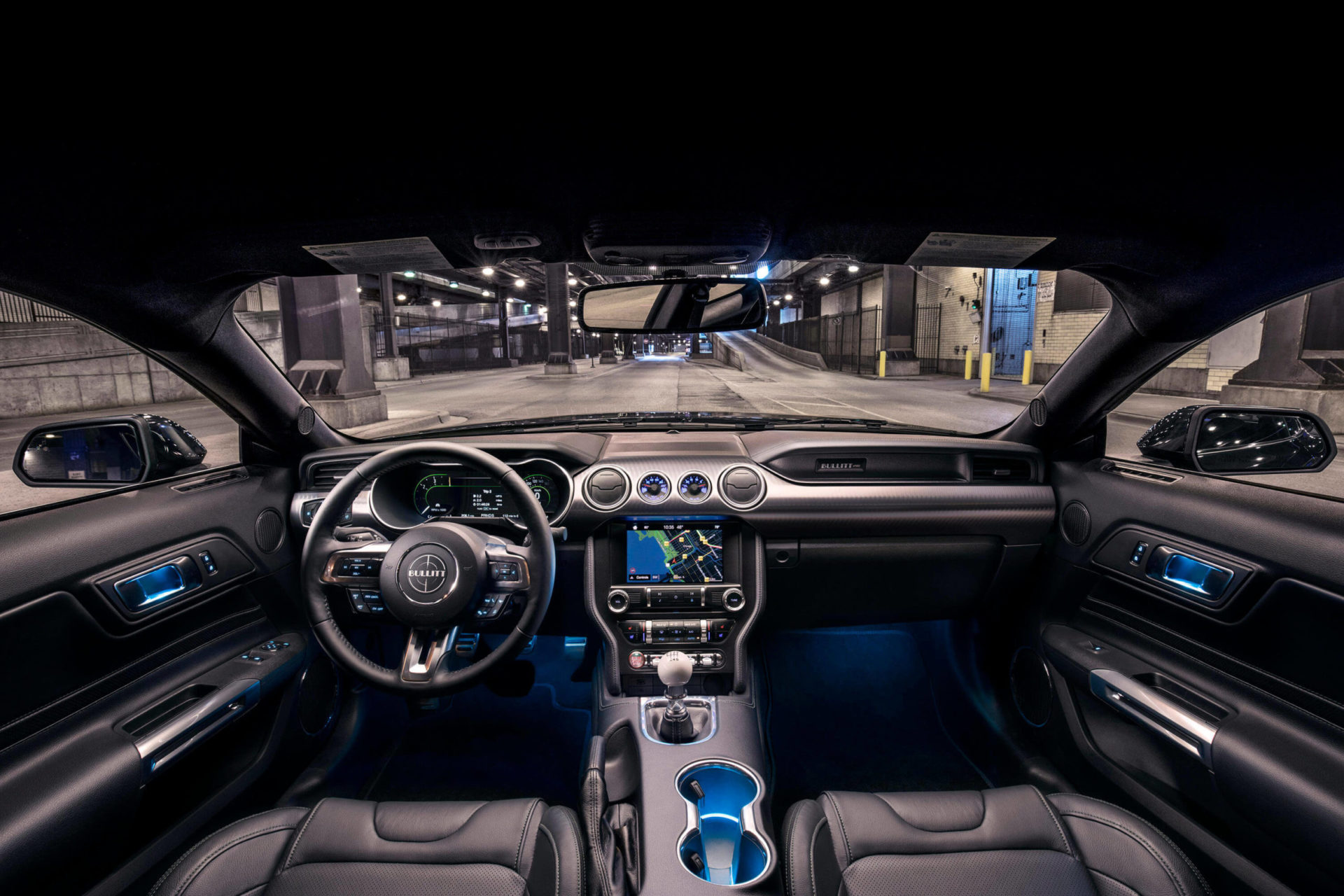 What’s under the hood?

The Bullitt gets its 15 horsepower bump in power because a few parts were borrowed from the GT350. Modifications under the hood include an intake manifold, 87mm throttle body, Open Air Induction System and a powertrain control module calibration to optimize performance.

Every Bullitt includes Premium and Performance Package options from the GT. So that means you’ll get the “throw you through the windshield” 6-Piston Brembo brakes painted in red. To add to the Bullitt persona, active valve performance exhaust with Black NitroPlate exhaust tips are a standard option included with the package! The exhaust not only looks better on the Bullitt, it also got a retune to add a signature burble. 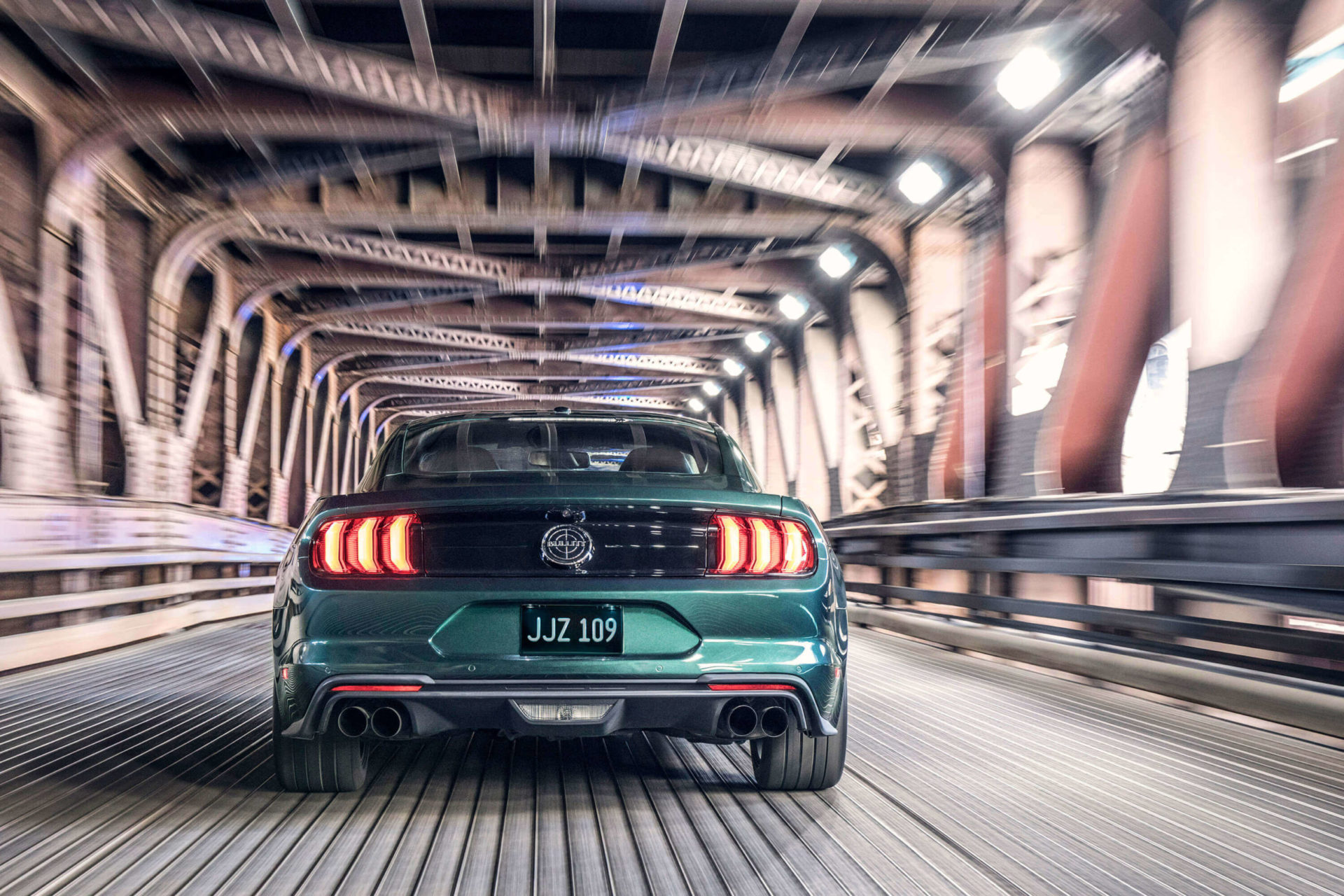 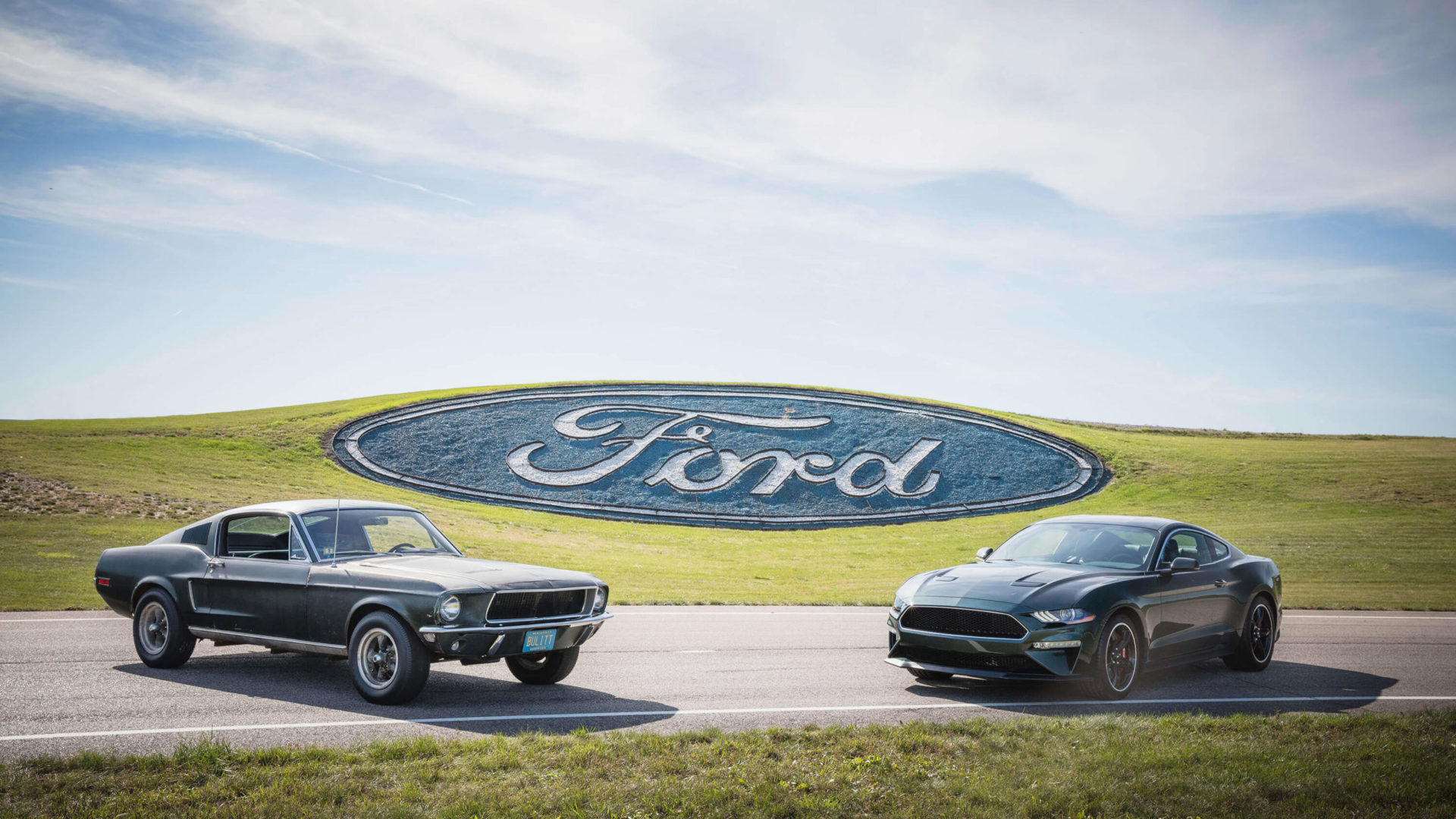 Remember where you came from

Although the new Bullitt is undoubtedly awesome, we can’t remember where it all started. Two identical ’68 GT Fastbacks were used in the filming of the movie “Bullitt” that debuted in Oct. 17, 1968. After filming, the cars went their separate ways. The hero car that was driven by McQueen, was sold by Warner Bros. to a private buyer and the other ended up in a salvage yard because this specific car was used for most of the stunts. The stunt car recently surfaced and is currently in the restoration stages in Baja, California. The original hero car was lost until now!

Sean Kiernan, owner of the hero vehicle, inherited the car in 2014 from his late father, Robert, who had purchased the Mustang back in 1974. Fulfilling his father’s lifelong dream, Sean contacted Ford to reveal his movie car alongside the all-new 2019 Mustang Bullitt! If you’re a true Mustang enthusiasts and that doesn’t give your blue blooded body chills, you should go to the nearest Chevy dealer and trade your Mustang in!