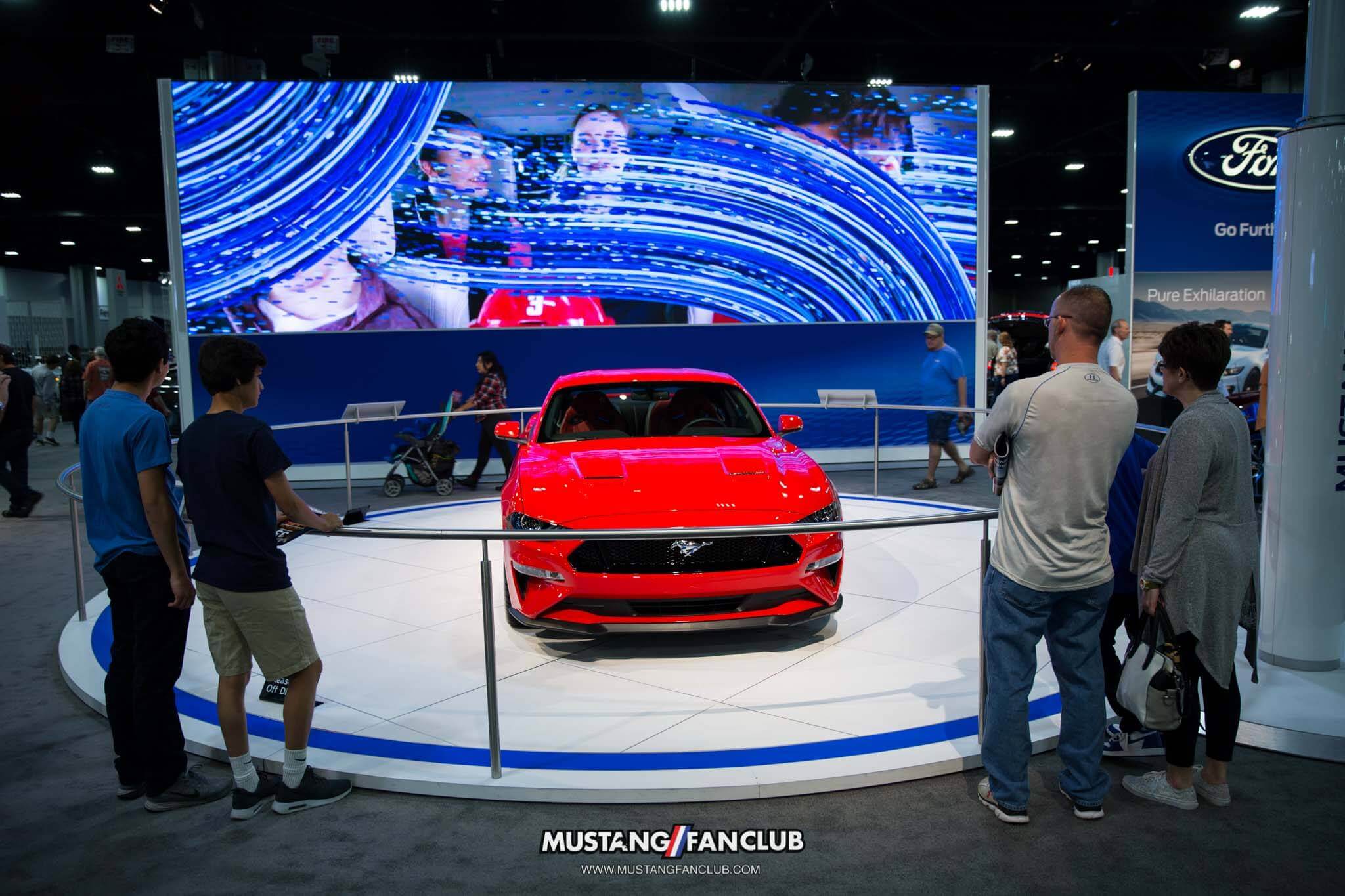 Over the weekend, we had a chance to stop by the Atlanta International Auto Show #AIAS17 to lay our eyes on the 2018 Mustang! When images/video first surfaced of the new facelift we weren’t too sure how we felt about it. We didn’t exactly love it or hate it, we were just “meh” about it. After seeing it in person, we have different feelings. Continue reading below to get our thoughts on the new facelift!

One of the first things we noticed on the ’18, was the new headlights and fog lights. The headlights look even more aggressive than they did previously. Ford added some angles to the “tri-bar” LED strips and changed the entire inside of the housing as well. The amber reflector is more prominent with this new design.

Maybe some aftermarket companies will have some smoked or clear versions of this like the New Edge Mustangs. We are curious to see what the light output is on the newly designed fog lights. The design looks very unique with the turn signal lamp and fog light built into the same housing.

#MeanMug! We think the facelift looks slightly more aggressive than the previous ’15-’17 models. When the 18’s were first released everyone was quick to bash the facelift. I remember the same thing happening with the 2015’s as soon as they came out, everyone hated the S550.

Once some aftermarket parts came out and people started to modify them, more and more, people started to like the new design. I think the 18’s need an aggressive splitter to really set this front end off! One gripe we do have is that the new upper grille is gloss black and the lower grille is a flat black.

The good news is, that once you throw an intercooler down there it will force the air straight into it for cooler temps! The hood vents remind me of the 03′-04′ Cobra hood vents. Some billet style replacement vents on the Cobra’s looked fantastic! Maybe we will see something similar for the ’18?

A few minor changes have been made to the rear of the new Mustang. As you can see there is a new rear diffusor along with a quad tip exhaust similar to what ROUSH Performance released on the ’15-’17 models. The angular LEDs on the taillights match the LED bars in the headlights. I could see some people trying to get their hands on these taillights to set themselves apart from the rest, myself included! Another new styling cue we noticed was the spoiler. It is a combination of a GT/CS and  GT350 rear spoiler in our opinion. We can dig it!

On a side note, if you look closely through the windshield, you can see a set of RED Recaro seats. Previously, you could only order the “Redline” Recaro seats which just had red accent stitching. Hopefully this option will be available!