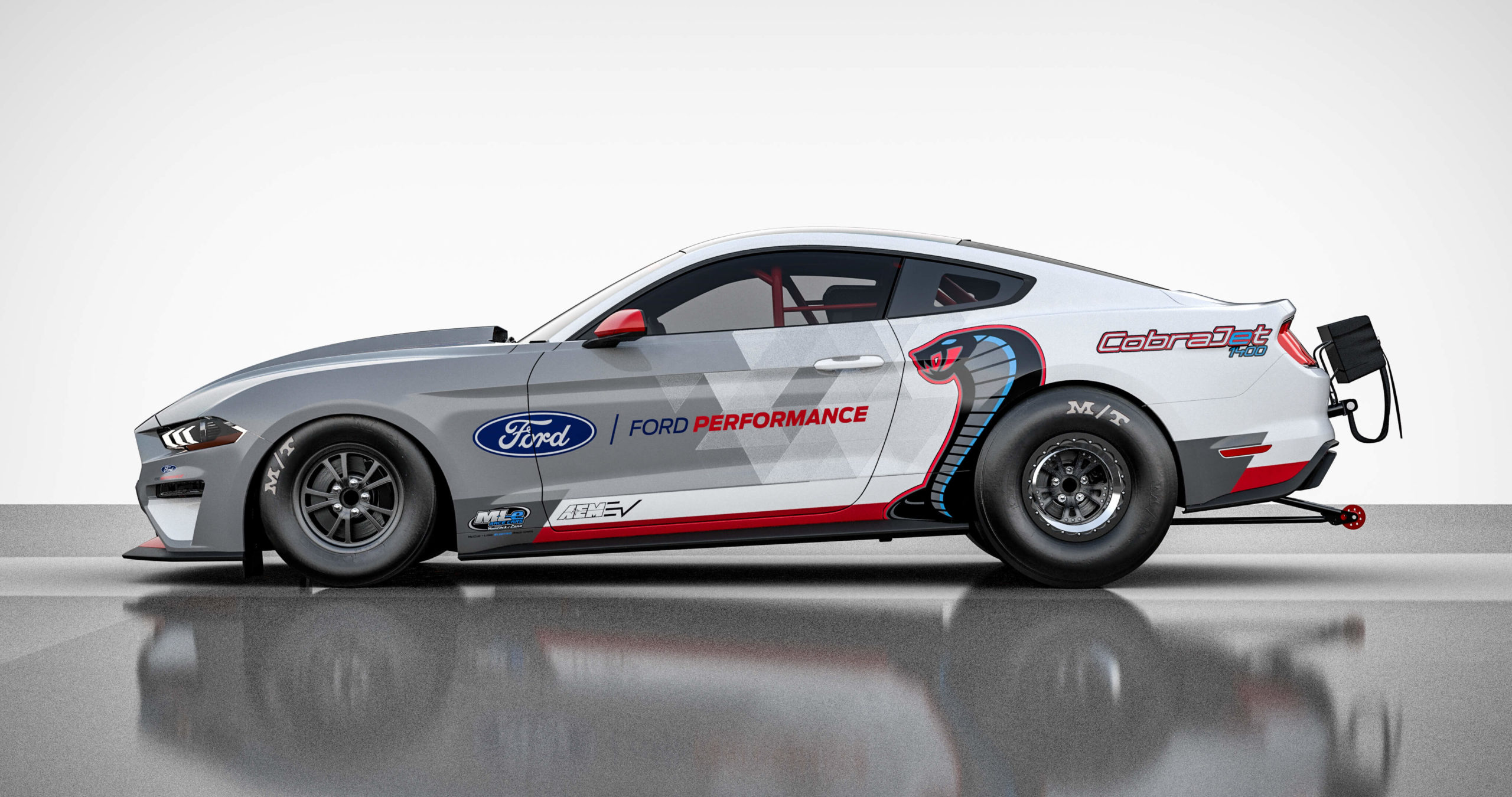 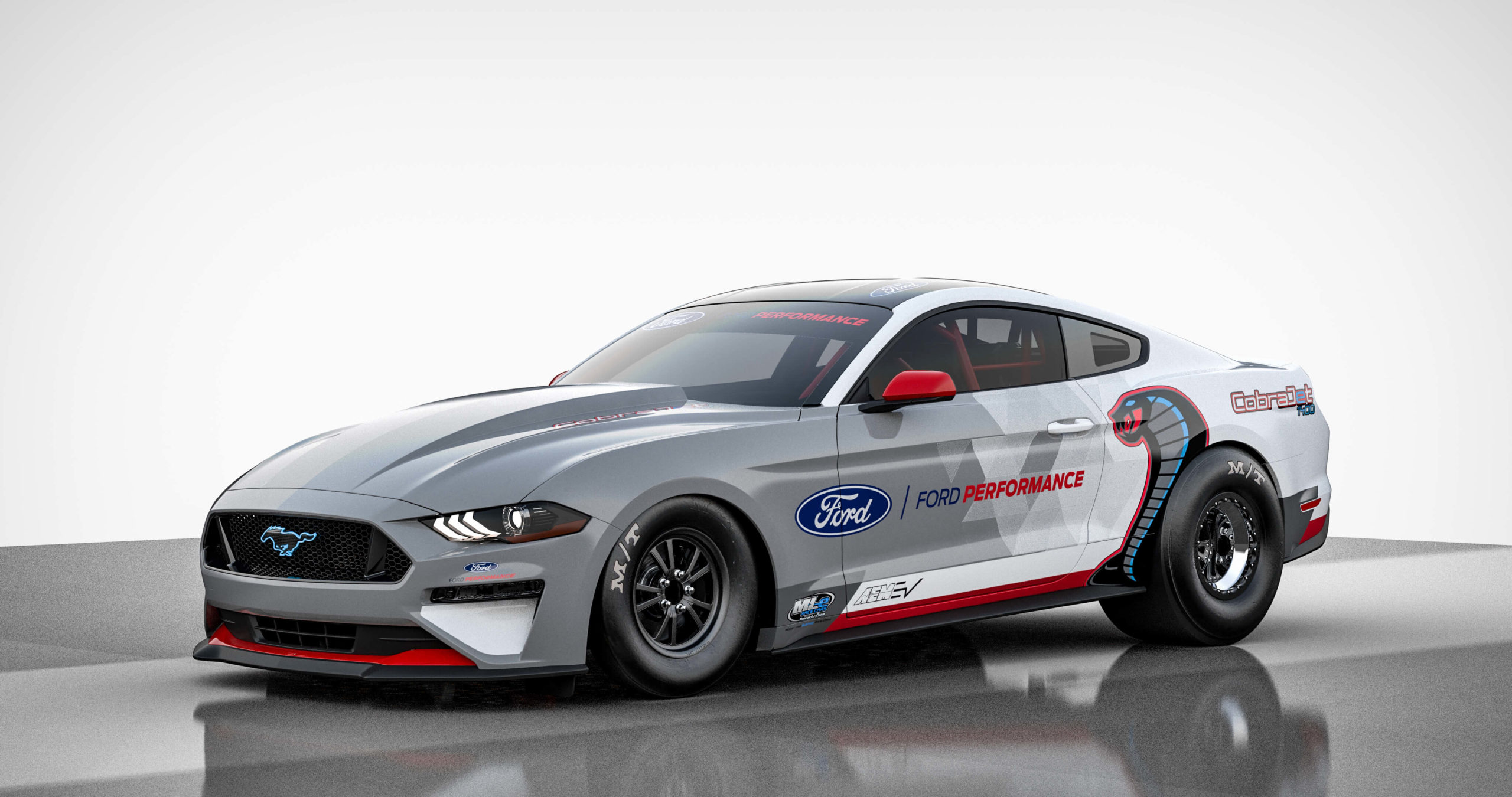 That’s right, you read that correctly, an all-electric Cobra Jet was announced today from Ford Performance. It looks like the Mustang Mach-E will get a high horsepower cousin that is purpose-built for the drag strip. 1,400 horsepower out of a gas engine requires a fair amount of work and money to reach that level so reaching 1,400 horsepower out of an electric motor seems very impressive to me. Ford Performance says the battery-powered Cobra Jet is projected to deliver 1,400HP and 1,100TQ. This places the Cobra Jet in the 8-second range at the end of the 1/4 mile topping 170MPH!

I want to point out an excerpt from the press release that stuck out to me.

“The Mustang Cobra Jet 1400 prototype represents another opportunity to advance Mustang heritage and performance while simultaneously incorporating some of the most advanced technology coming to Ford’s future powertrains.”

Electrification is coming and it’s the future. Mustang has been in production for 56 years because of the brands ability to adapt to the ever-changing world around them. #theonlyconstantischange 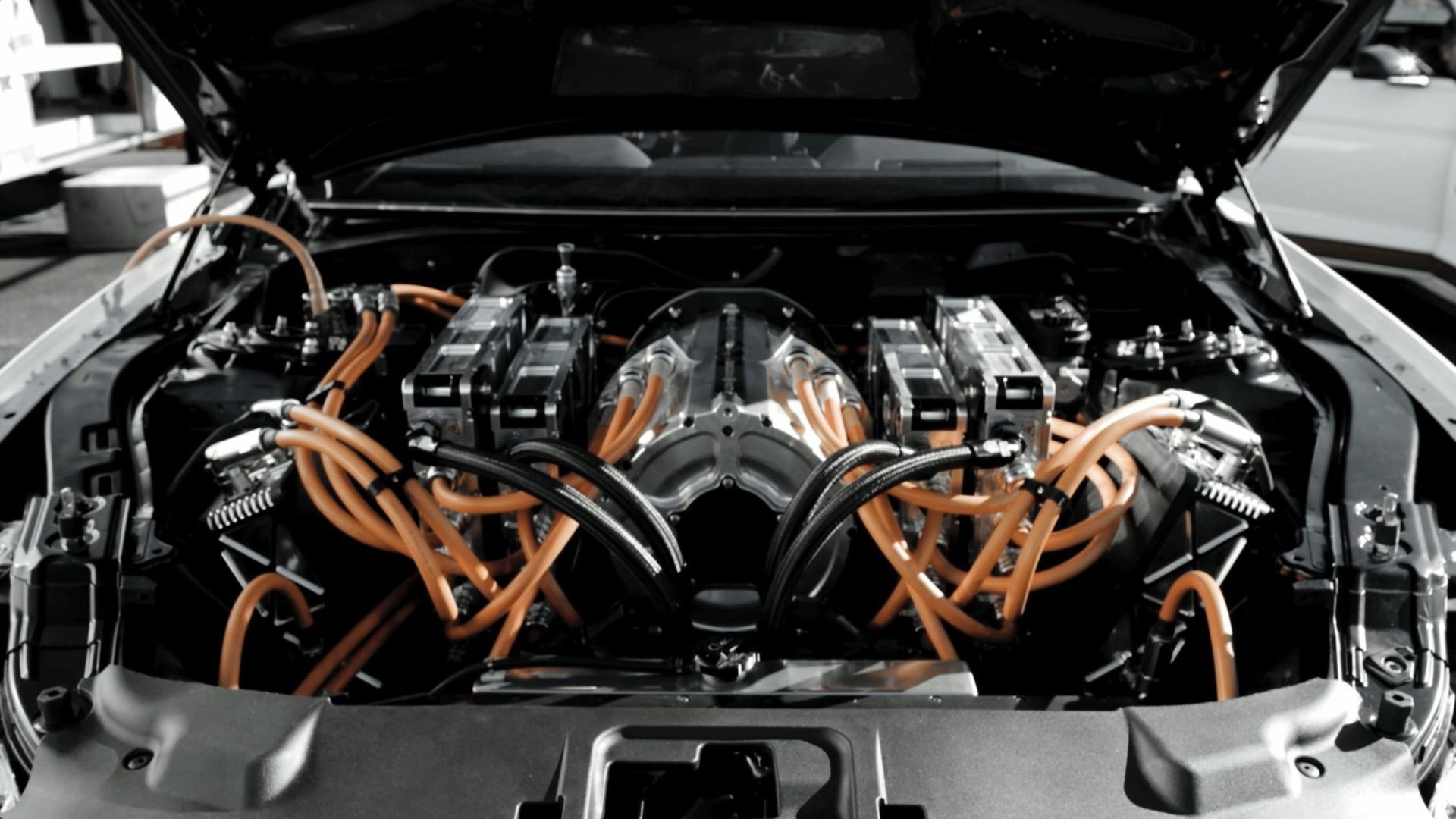 Before sharing this article with you all, I have read some of the comments on social media from those who have already shared the news about the electric Cobra Jet. I’ve seen everything from those who love it, hate it and some have even said: “Why didn’t they do this with the Mach-E?” In my mind, it seems like most of the Mustang community is open to the idea of an electric or electrically assisted Mustang but have an issue with the SUV part of the Mach-E.

When I shared the Webasto electric Mustang that was unveiled at SEMA last year, it received a lot of good feedback from my community. Although, just like the Cobra Jet 1400, it was a traditional Mustang chassis with a high horsepower electric engine. For me, Mach-E isn’t a problem. It is an extension of the Mustang name and allows people who can’t fit a 2-door coupe or convertible into their lifestyle. Mach-E gives them an opportunity to enjoy the Mustang experience and lifestyle.

We all know that any form of drag racing or motorsports can take a toll on a vehicle’s chassis and components. The first thing I thought about when this email hit my inbox last night was the twin-turbo Cobra Jet concept from 2012. Factory turbos on a Mustang, at the time, had been non-existent since the SVO Foxbody. Fast forward to 2015 and boom the 2.3L EcoBoost was available. What I’m saying here is that Ford likes to use motorsports as a way to test new technology before bringing it to production vehicles. How would you feel if they brought an electric or electrically assisted drivetrain to the Mustang chassis? Leave us a comment below and tell us your thoughts!

“Electric powertrains give us a completely new kind of performance and the all-electric Cobra Jet 1400 is one example of pushing new technology to the absolute limit. We’re excited to showcase what’s possible in an exciting year when we also have the all-electric Mustang Mach-E joining the Mustang family.” 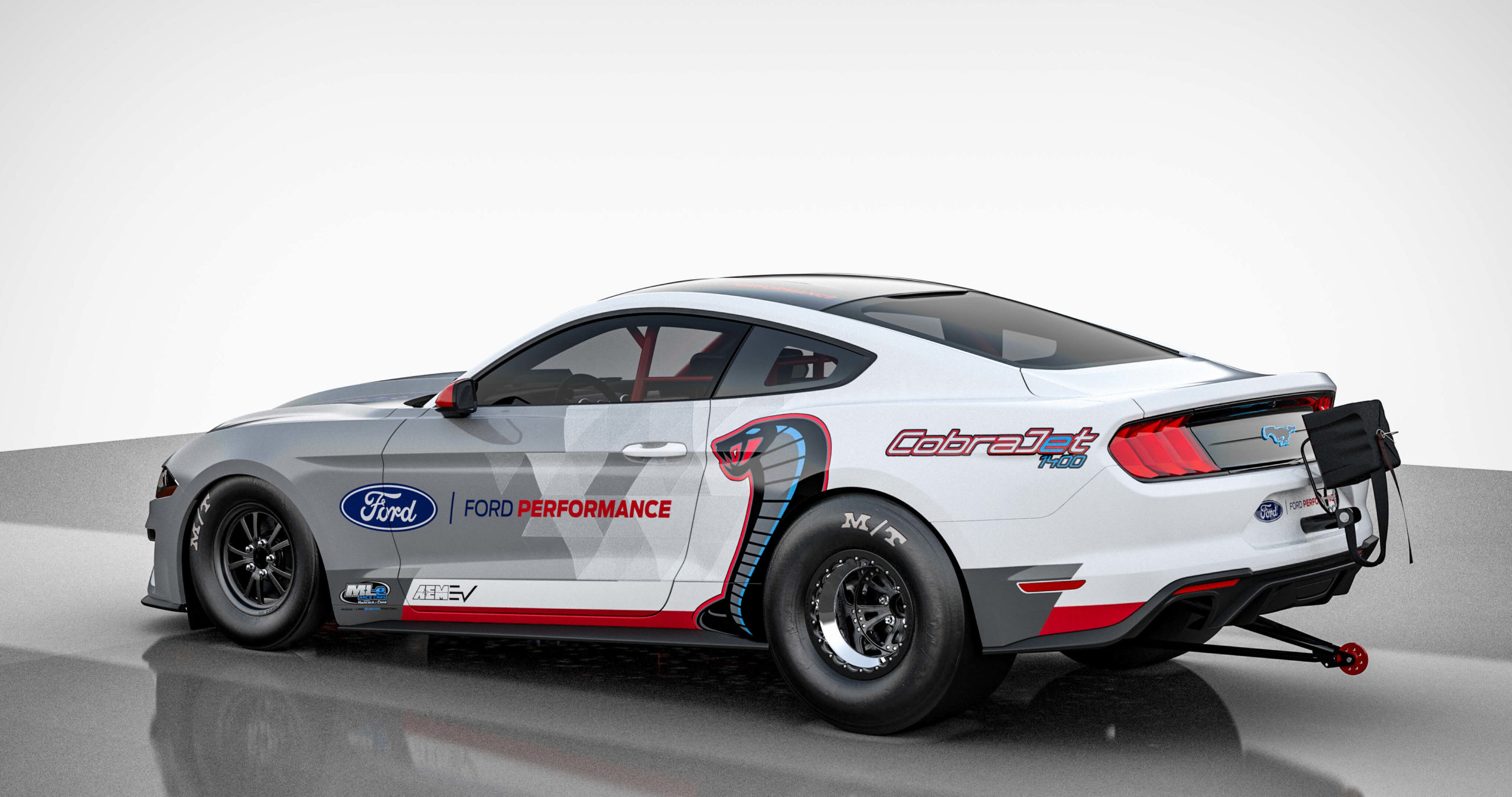