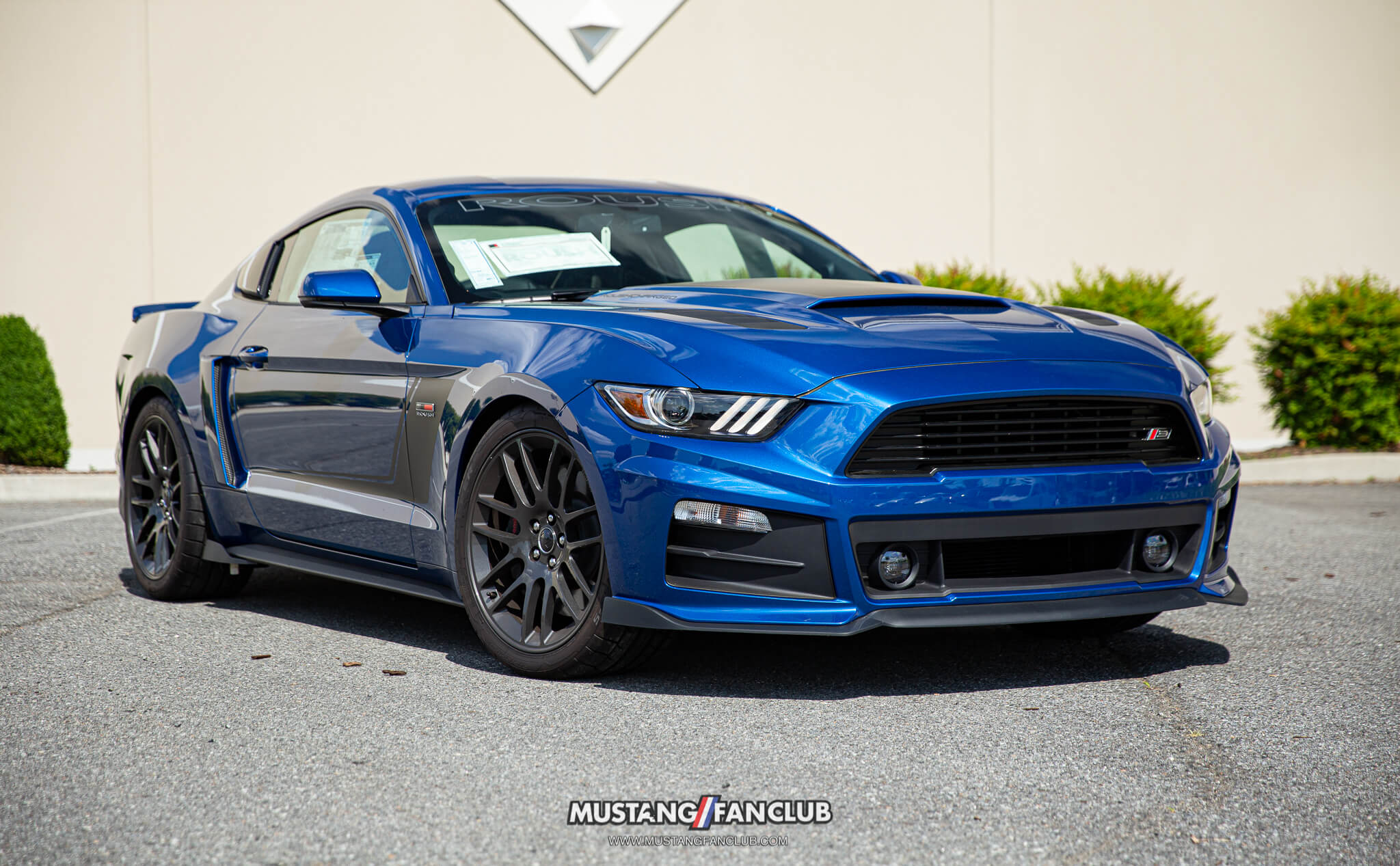 I compiled this list of 2017 ROUSH Mustang production numbers and images for all of you that own one of these ROUSH Mustangs. 2017 marked the last year of this body style before the refresh took place in 2018. I personally love the aggressive styling of the 2017 compared to the 2018+ refresh. Although I don’t own a ROUSH Mustang, I think it would be awesome to know just how many were made of my specific Mustang model so I hope you all enjoy!

If you happen to own one of these, please leave us a comment below and tell us what color and model your ROUSH Mustang is.

There were  51 ’17 ROUSH P51 Mustangs produced with one prototype that was used for the SEMA unveiling. All production ROUSH P51 Mustangs started life as a Mustang GT Fastback, with Ingot Silver exterior paint, and a manual transmission. The SEMA prototype had a custom Aston Martin paint job and matte green wheels that didn’t make it to the production vehicles.

Fun fact: The Street Presense Exterior Lighting Enhancement (light that shines on the ROUSH intercooler) that is currently available on the 2020 ROUSH Stage 3 first made its appearance on the 2017 ROUSH P51 Mustang.

CORE COMPONENTS | Starting at $42,500 above base vehicle

For 2017, ROUSH Performance introduced the ROUSH-SC (ROUSHCHARGED) Mustang. The ROUSH-SC is a barebones ROUSH Mustang that doesn’t have all the exterior features a typical ROUSH Mustang would have but definitely packs some ponies under the hood. The ROUSH-SC is a wolf in sheep’s clothing. On the exterior, it looks like your typical Mustang GT with some ROUSH emblems on it. Under the hood sits the ROUSH TVS 2.3L supercharger that produces 670HP and 575 lb-ft of TQ. The half shafts were also replaced with beefier ones to support the added horsepower from the supercharger.

CORE COMPONENTS | Starting at $12,000 above base vehicle

The 2017 ROUSH RS is based off of the 3.7L V6 Mustang. ROUSH added their exterior styling cues and an optional ROUSH Performance exhaust is available to take the sound up a notch. The easiest way to spot a ROUSH RS is to look for the “RS” grille badge in the upper grille. For those of you that own a 2017 ROUSH RS, congratulations because you own the last production year of the 3.7L V6 “Cyclone” engine.

CORE COMPONENTS | Starting at $4,500 above base vehicle

The 2017 ROUSH Stage 1 is based off of the 2.3L EcoBoost engine. The EcoBoost motor is a 4-cylinder I4 motor with a turbocharger. Horsepower output is 310HP and 320 lb-ft of TQ. The RS1 is similar to the ROUSH RS as it’s mostly exterior enhancements and you can select some optional performance / suspension upgrades if you wish.

The EcoBoost Mustang is weighs roughly 150 pounds less than the Mustang GT. Making it more nimble on the track or some spirited driving. The price tag isn’t as hefty as the V8 counterparts as well. If you’re looking for a sportier Mustang with aggressive styling, that won’t break the bank, the ROUSH RS1 is for you!

CORE COMPONENTS | Starting at $6,000 above base vehicle

In the middle of the pack, we have the ROUSH RS2. This option comes with all the exterior styling features and a few performance upgrades as standard components compared to the RS1 and RS Mustangs. The ROUSH Stage 2 is based of off the Mustang GT which is powered by the second generation Coyote V8. Power output is 435HP and 420 lb-ft TQ.

A ROUSH Performance exhaust system, 1-way adjustable coilovers and 20-inch Quiksilver Wheels came standard on the RS2. If you decide later on that you need some more power, the ROUSH 2.3L TVS supercharger could easily be added to put some more ponies under the hood!

CORE COMPONENTS | Starting at $10,000 above base vehicle

At last, the 2017 ROUSH Stage 3! The RS3 has always been the baddest boy on the block. Just like the RS2, it’s based off of the Mustang GT that comes equipped with the second generation Coyote V8 motor. From the factory it produces 435HP. Every RS3 comes equipped with the 2.3L TVS supercharger, which boosts power output to 67oHP! Surprisingly, the 2017 RS3 was the most produced Mustang from ROUSH during 2017. I say surprisingly because it was the most expensive option averaging around $65,000 – $75,000 per vehicle.

CORE COMPONENTS | Starting at $19,500 above base vehicle