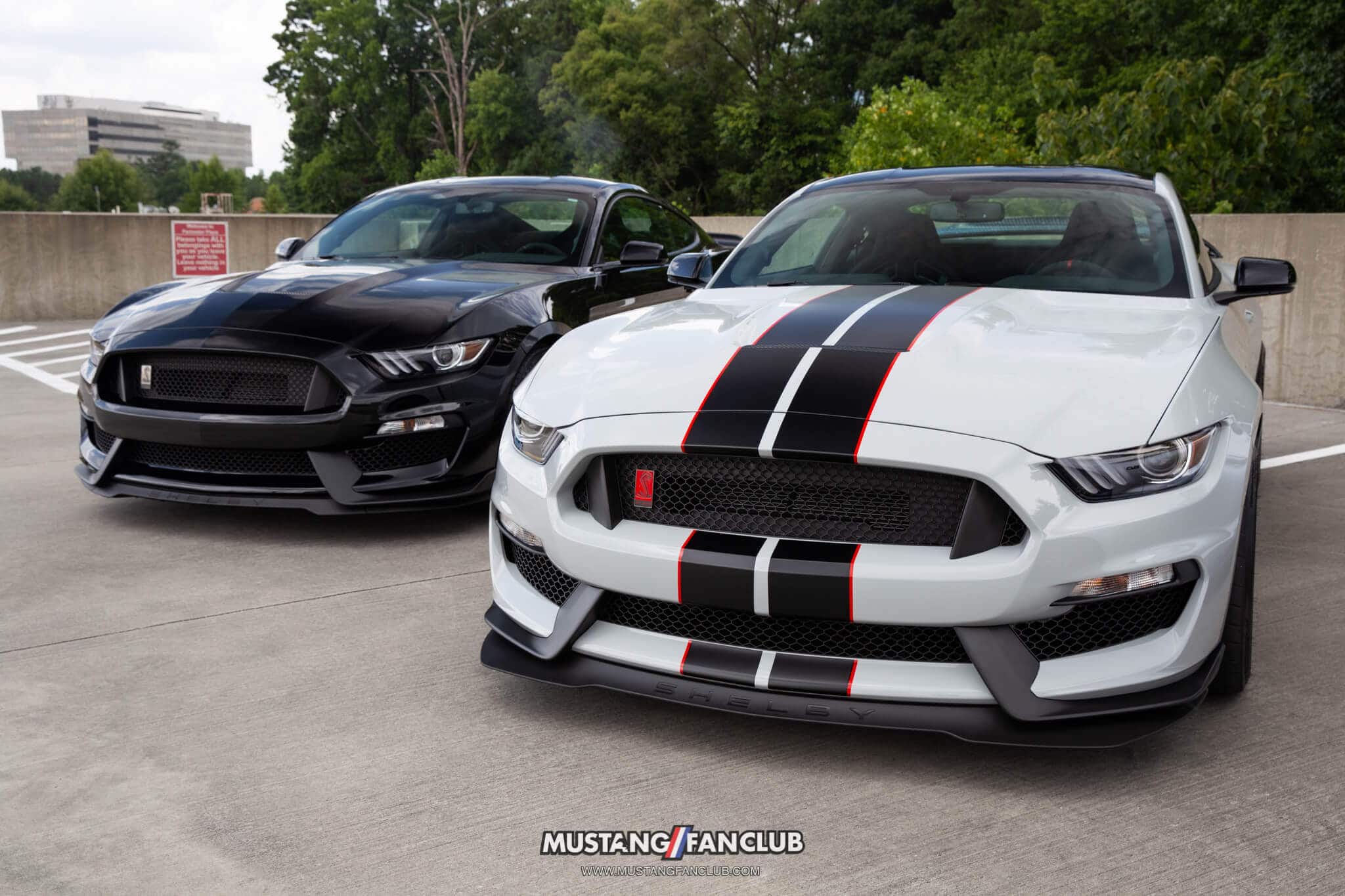 January 27th, 2020 marks the 55th anniversary of the first Shelby GT350 being sold. As most of you may know, the Mustang was introduced to the world on April 17th, 1964. Dealers couldn’t keep Mustangs on their showroom floors because of all of the hype around the new Ford product. While Mustang sales were doing well, Lee Iacocca thought that the Mustang wasn’t very performance oriented and needed something to boost its image.

Iacocca contacted Carroll Shelby from Shelby American to create a performance oriented Mustang, the Shelby GT350 was born. One of the most asked questions regarding the GT350 is, how did the name “GT350” come to fruition? The story we have heard to be true is Carroll and fellow Shelby American employee, Phil Remmington, were having a conversation about names. Nobody could agree on any of the names being tossed around, so one day Shelby asked Remmington what the distance between the race and production shops at Shelby American was. Remington’s response was “about three hundred and fifty feet,” to which Shelby said, “That’s what we’ll call it–GT350.” 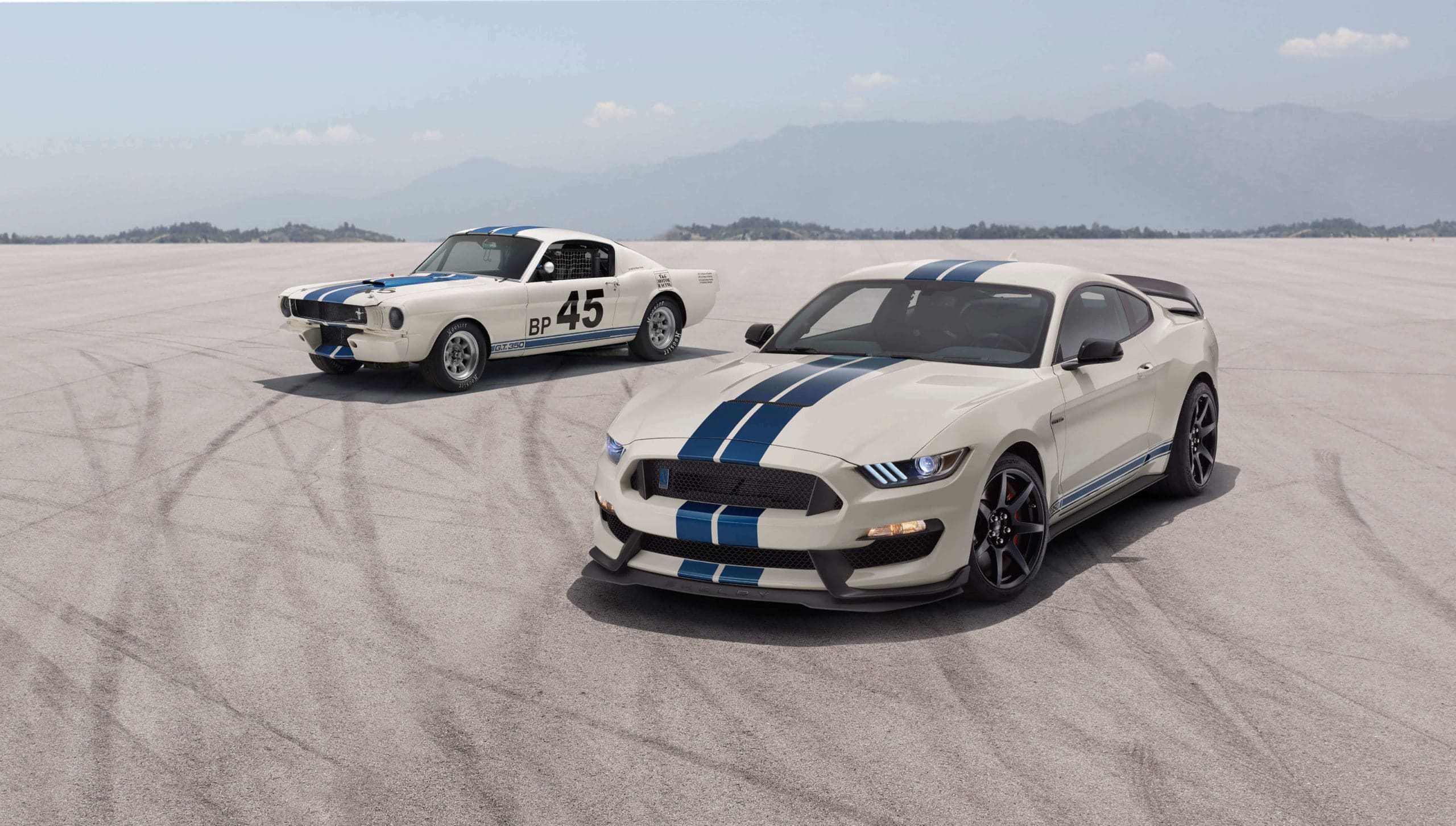 In 1965, the first Shelby GT350 Mustangs were produced by Shelby American. The ’65 GT350s all started out as “bodies in white” (bare chassis) that Ford sent to Shelby American, in Los Angeles, CA., for assembly. These Mustangs were very track oriented with little comfort features. All 1965 GT350 Mustangs were painted Wimbledon White w/ Guardsmen Blue Rocker Stripes. 34 GT350R models were built specifically for competition use that met standard SCCA track regulations. The Shelby GT350 held the B Production Championship for 3 straight years.

More color exterior options like, blue, red, green and black were available in 1966. Functional brake scoops were added on the sides of 1966 Shelby GT350 Mustangs along with an optional automatic transmission. Engine blocks were painted the traditional Ford dark blue instead of black. An optional Paxton supercharger was available which cranked out the horsepower to 440HP. The Hertz Corporation purchased a large amount of 1966 Shelby GT350 Mustangs to be used as rentals in their Rent-a-Racer program. After the GT350s were used in the rental program, they were to be returned to Ford and sold to the public as Shelby GT350H Mustangs. Most of the performance parts were “missing” and replaced with standard parts. 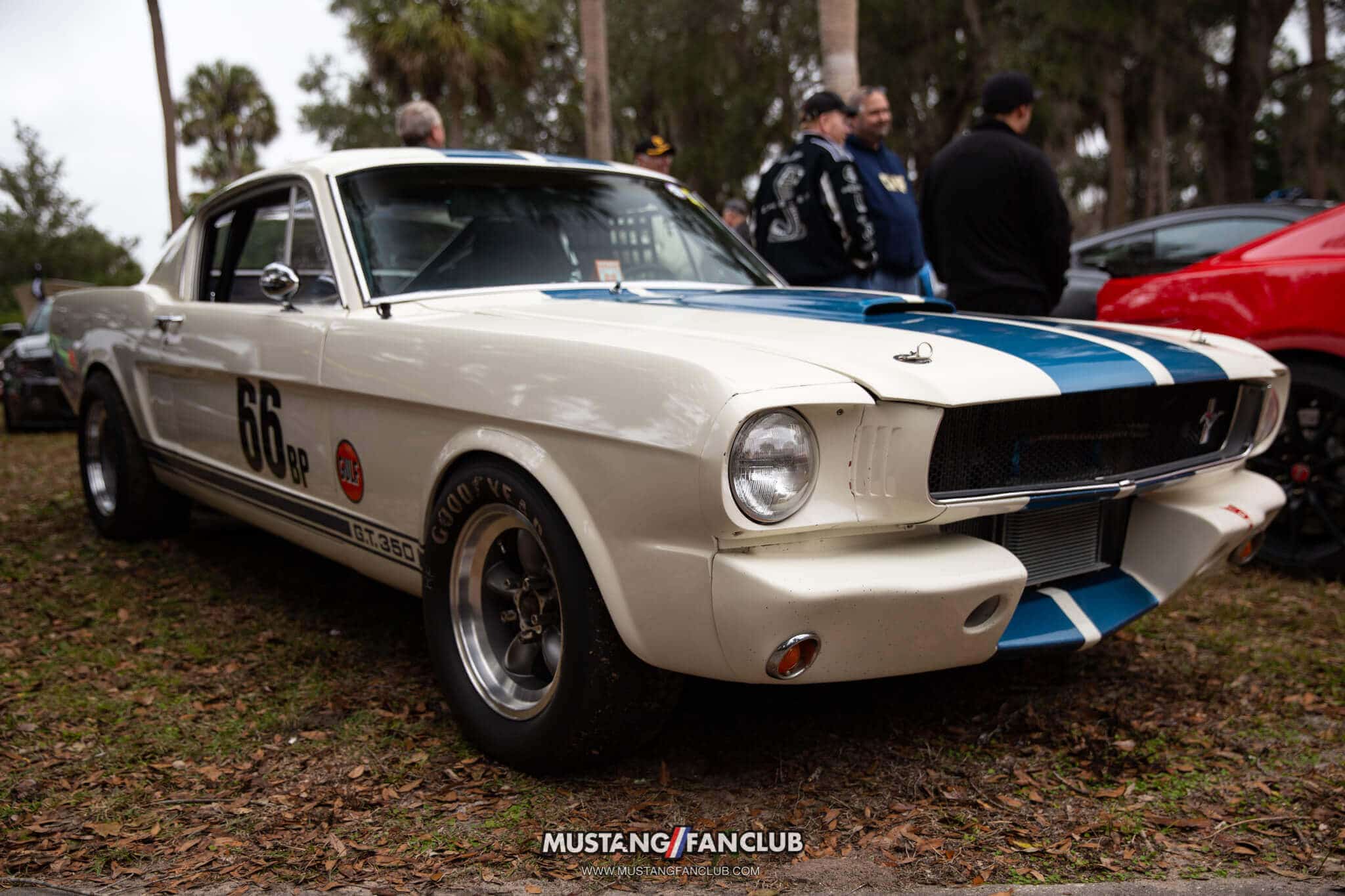 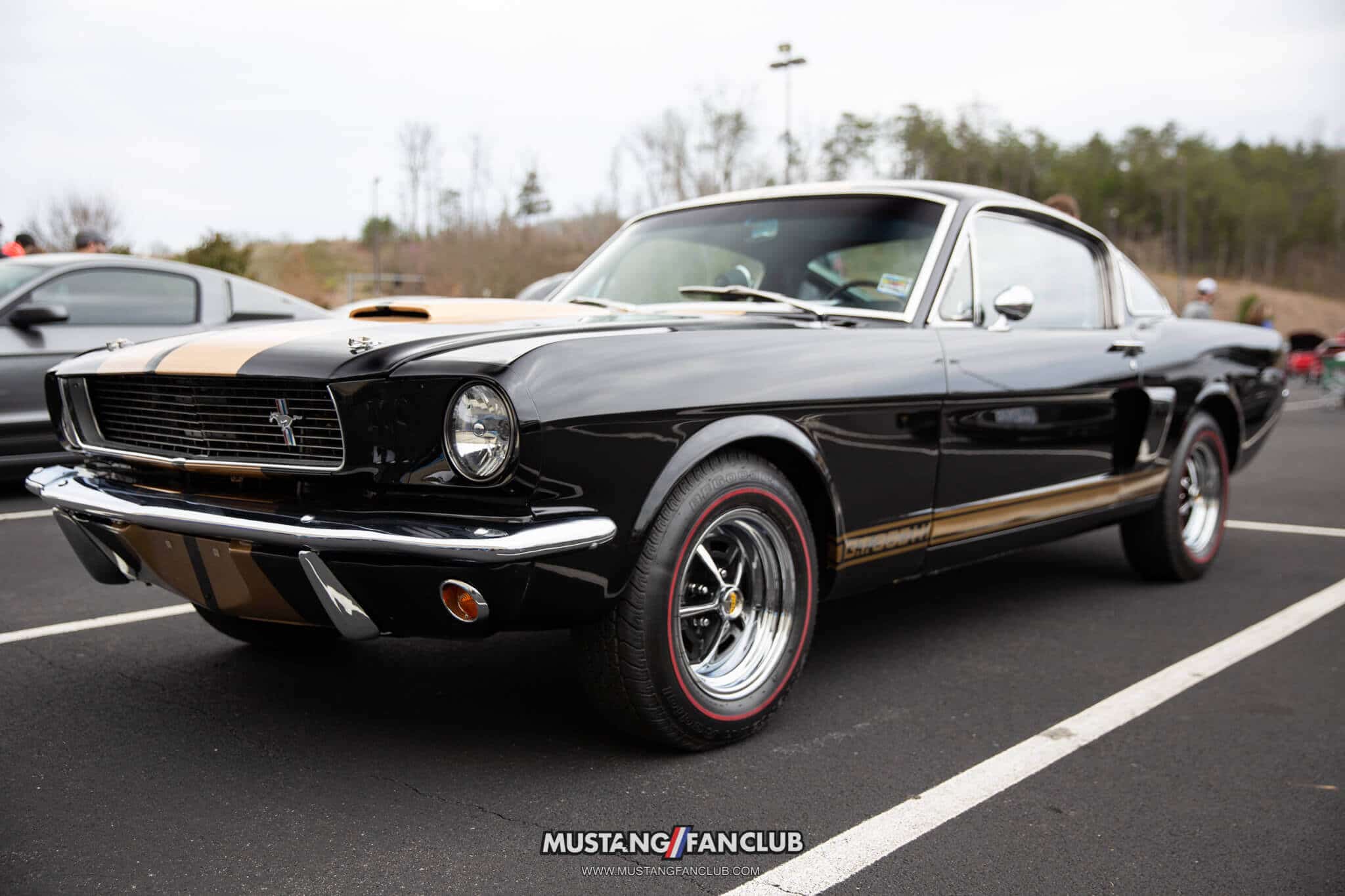 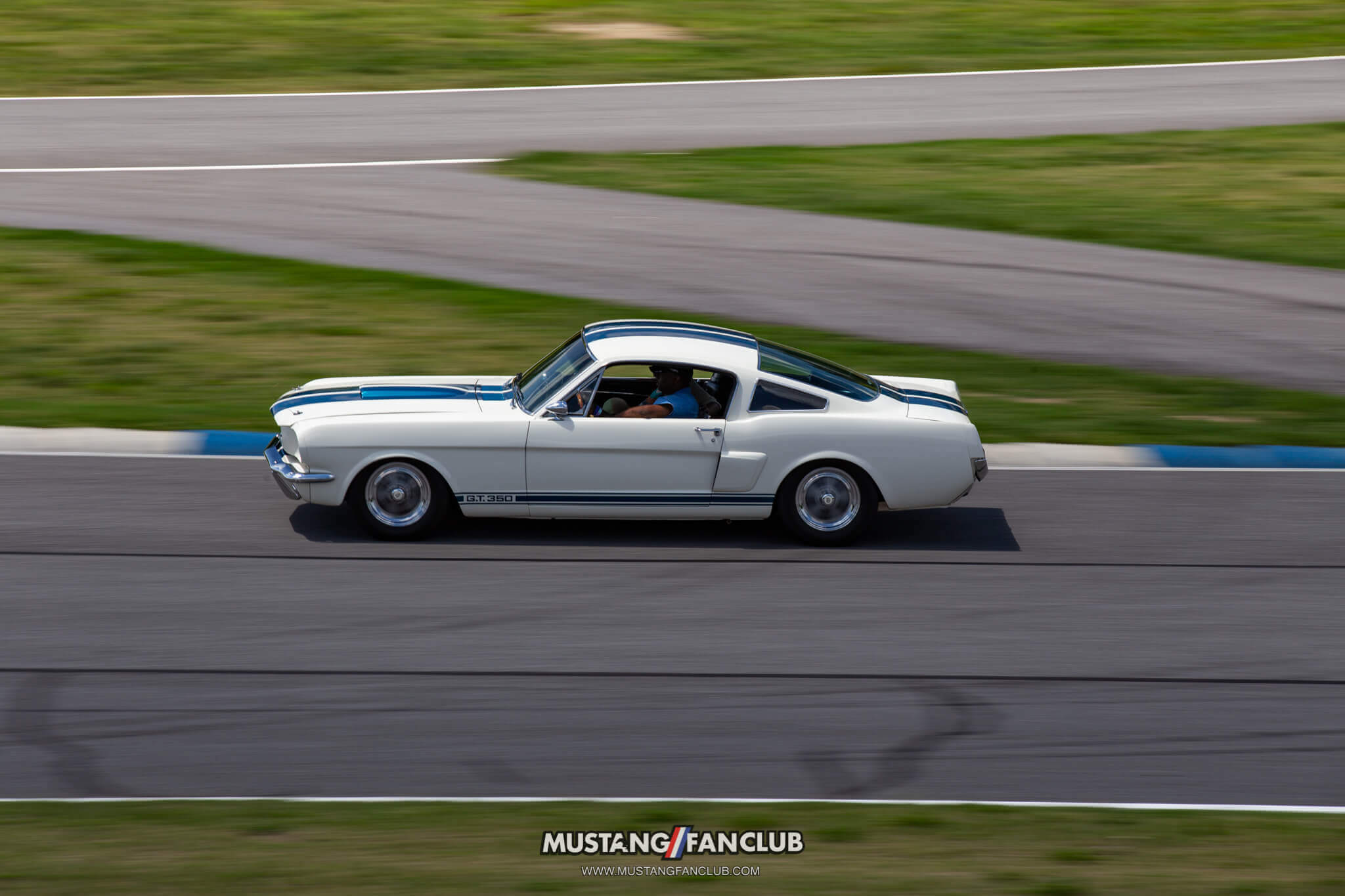 Through 1967 and 1968 Ford started to slowly take over purchasing and engineering from Shelby American due to financial issues. The 1967 GT350 got a redesign which made it slightly larger than previous models. The exterior featured a fiberglass hood, new front and rear fascias, 10-spoke aluminum wheels, horizontal sequential taillights and headlamps in the grille.

For 1968, Ford decided to market the GT350 as the “Shelby Cobra GT350”. The Hertz Corporation ordered some fully loaded Shelby GT350 Mustangs to add to their “Rent-a-Racer” program.

The “Cobra” name was dropped on 1969 Shelby GT350 Mustangs. We personally like that better. Cobras to us have always meant the AC Cobra or SVT Cobra Mustangs. Once again the GT350 would undergo a facelift making it larger and bulkier. The 289 was replaced by the 351 V8 engine. Carroll Shelby’s agreement with Ford was terminated in 1969.

2011 marked the 45th anniversary of the original 1965 Shelby GT350 being introduced to automotive world. At Barrett-Jackson auction in Scottsdale, AZ., Shelby American unveiled an all new GT350. The 2011 Shelby GT350 would be powered by a supercharged version of the all new 5.0L “Coyote” V8 engine. Numerous performance upgrades from companies like Ford Racing, Borla Exhaust, Crager Wheels and Baer Brakes were included in the GT350 also.

The second generation GT350 was a post-title upgrade available from Shelby American. Customers could have their 2011 – 2013 Mustangs shipped directly to Shelby or deliver the car themselves. The only available color option in 2011 was white with Guardsmen Blue racing stripes. 2011 GT350’s also included a 45th anniversary badge.

Two new colors were introduced in 2012, these colors were Race Red and Kona Blue. Both of these colors could be optioned with white LeMans stripes. These color options are significant because these paint schemes weren’t factory paint options from Ford. Also new for 2012, was a Shelby GT350 Convertible. 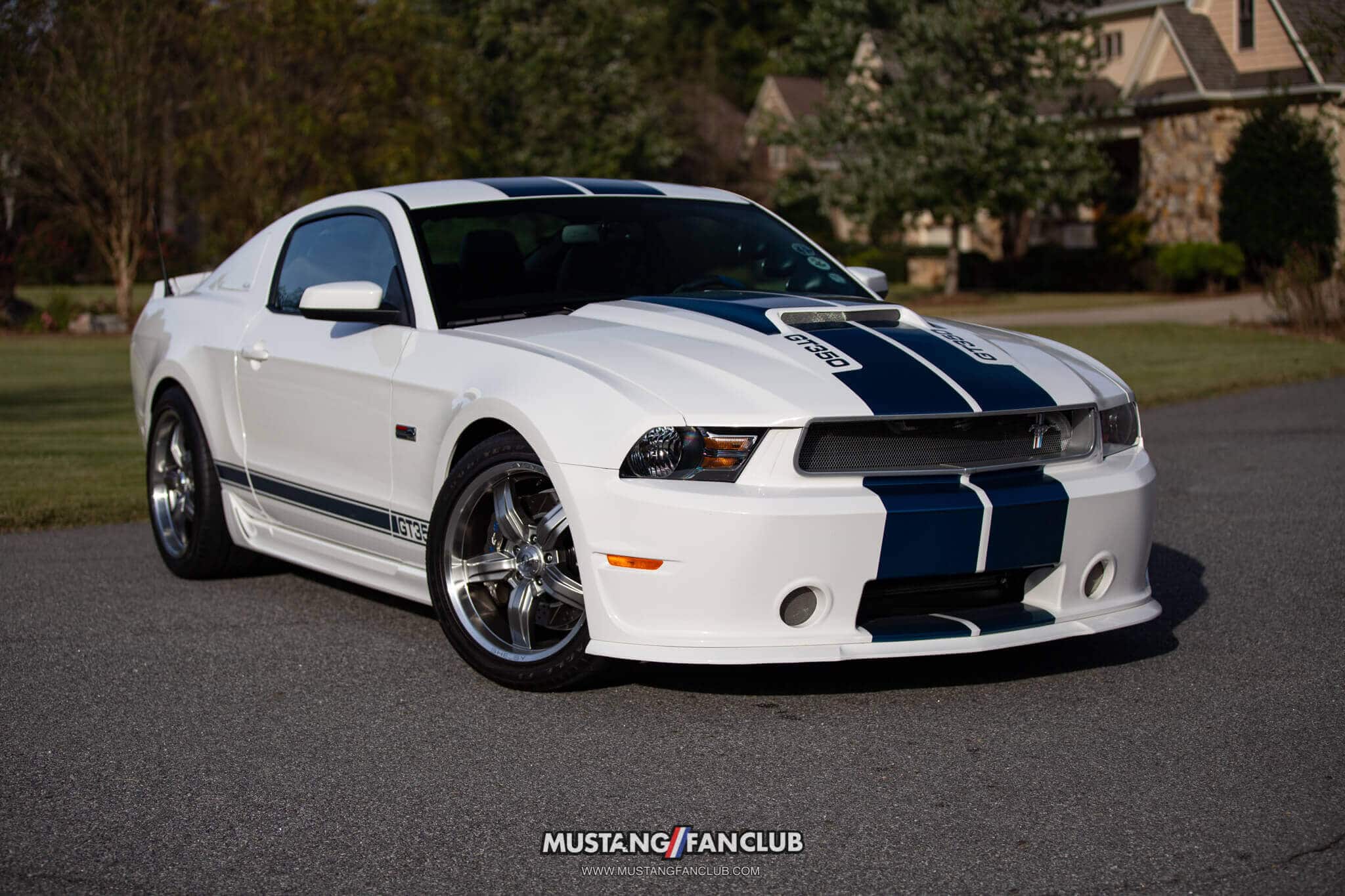 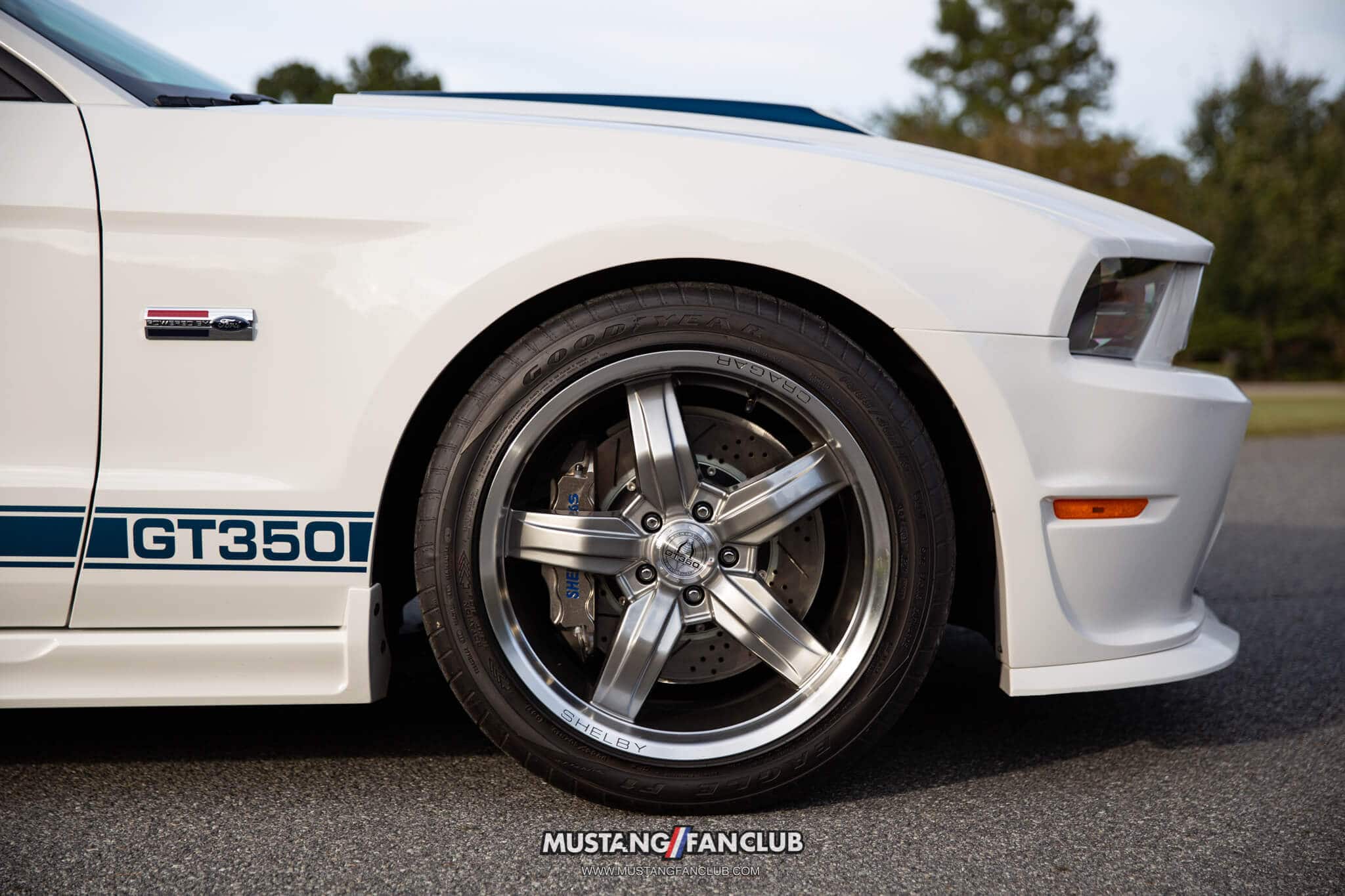 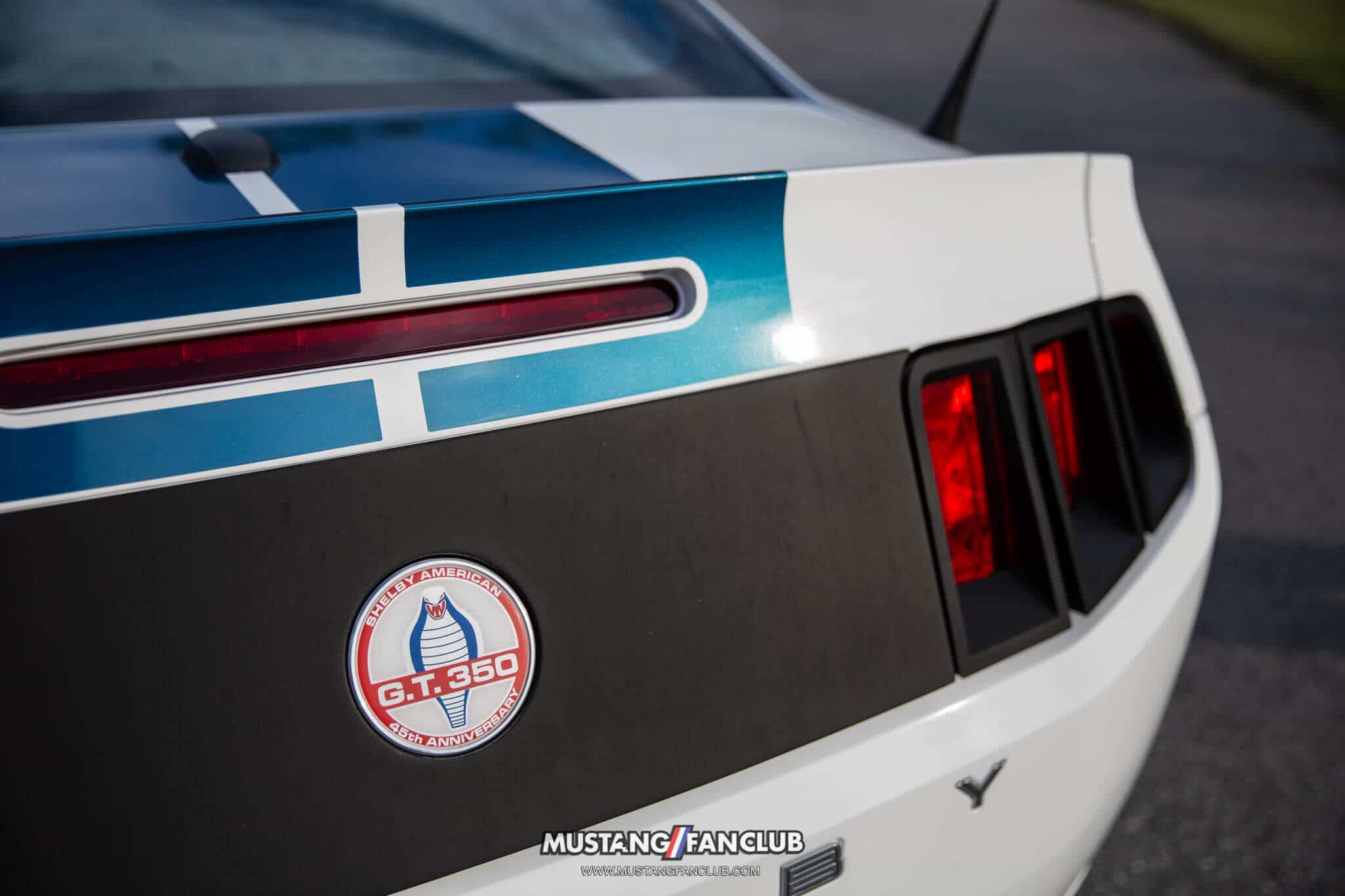 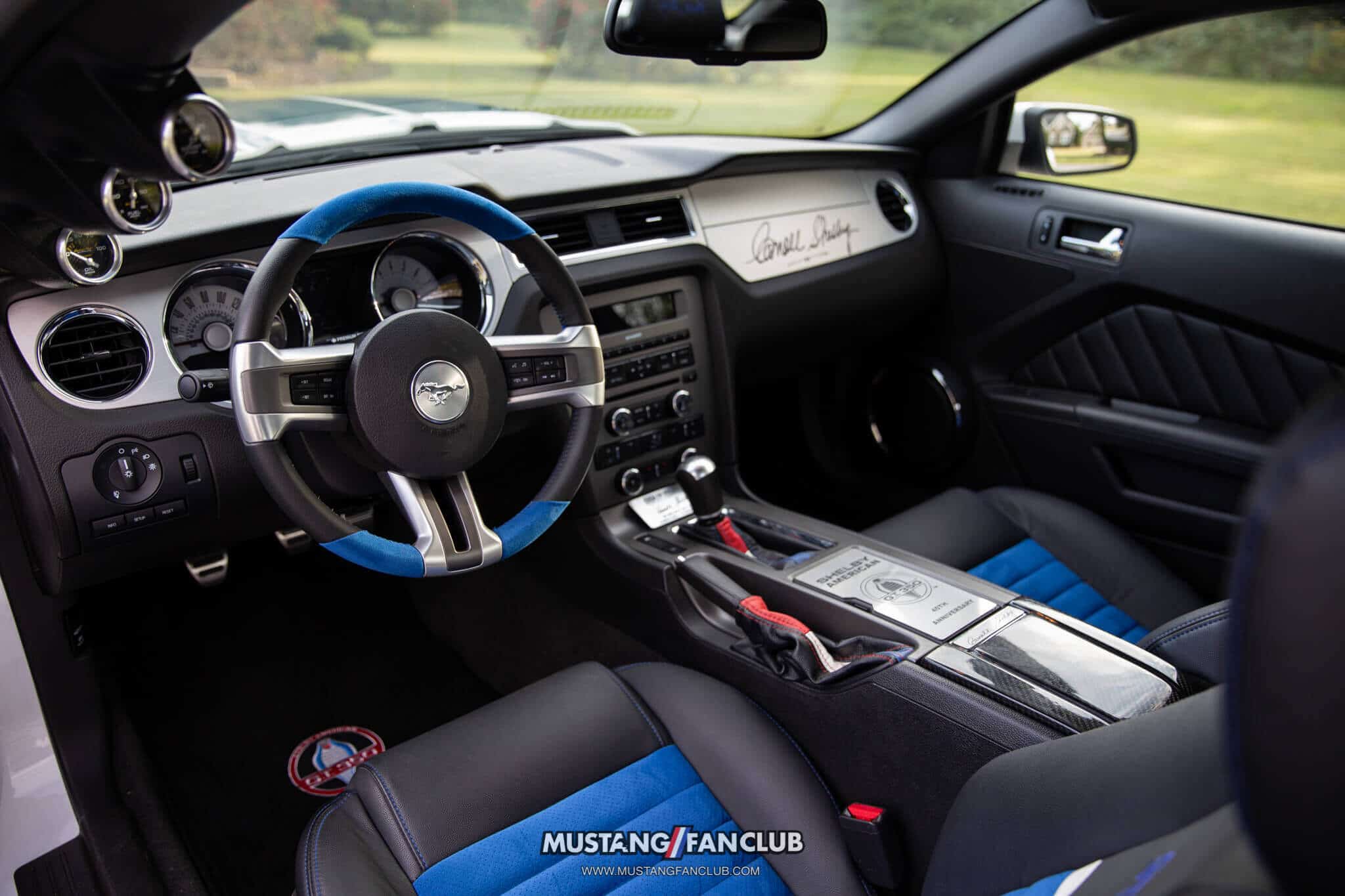 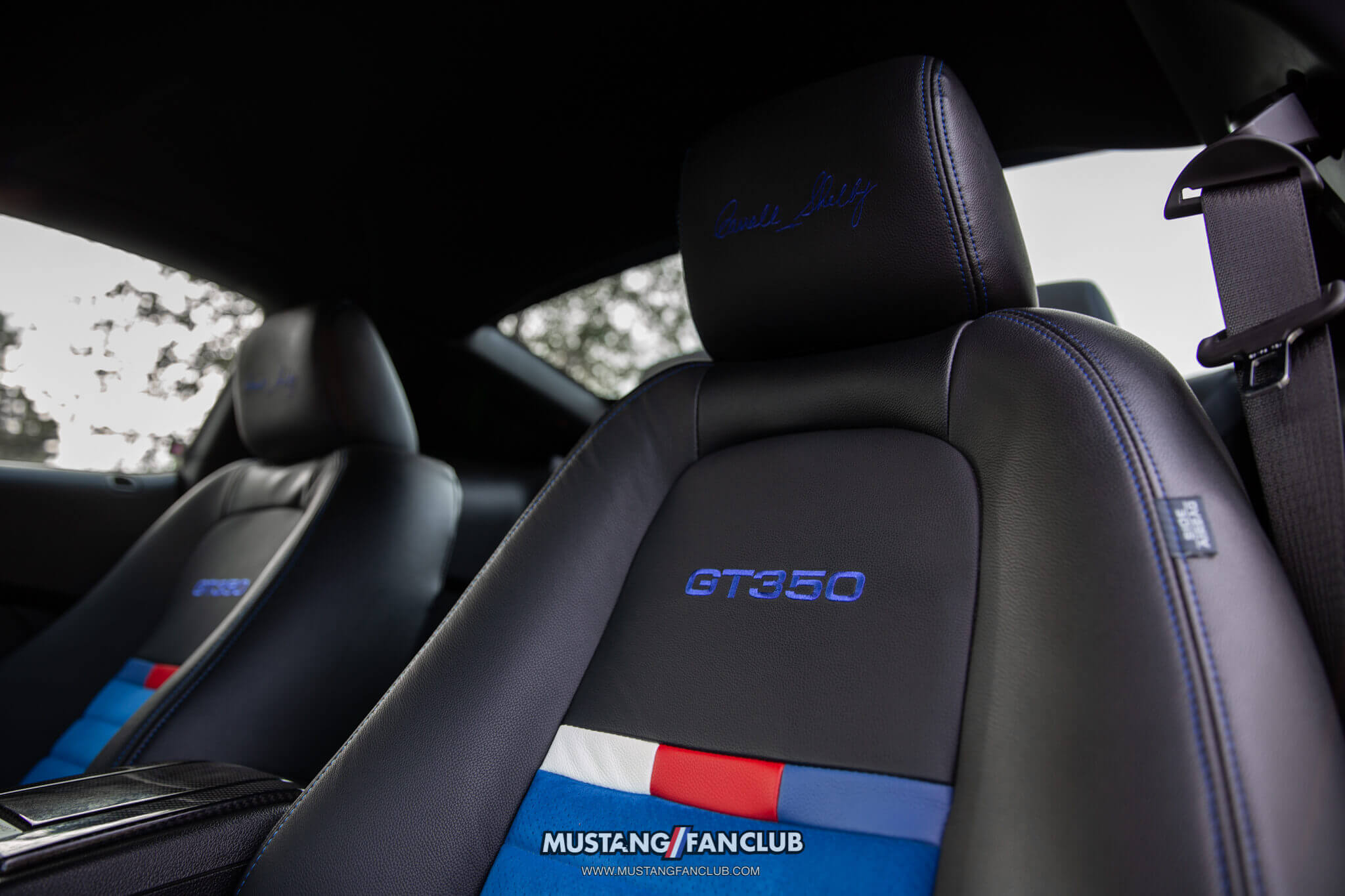 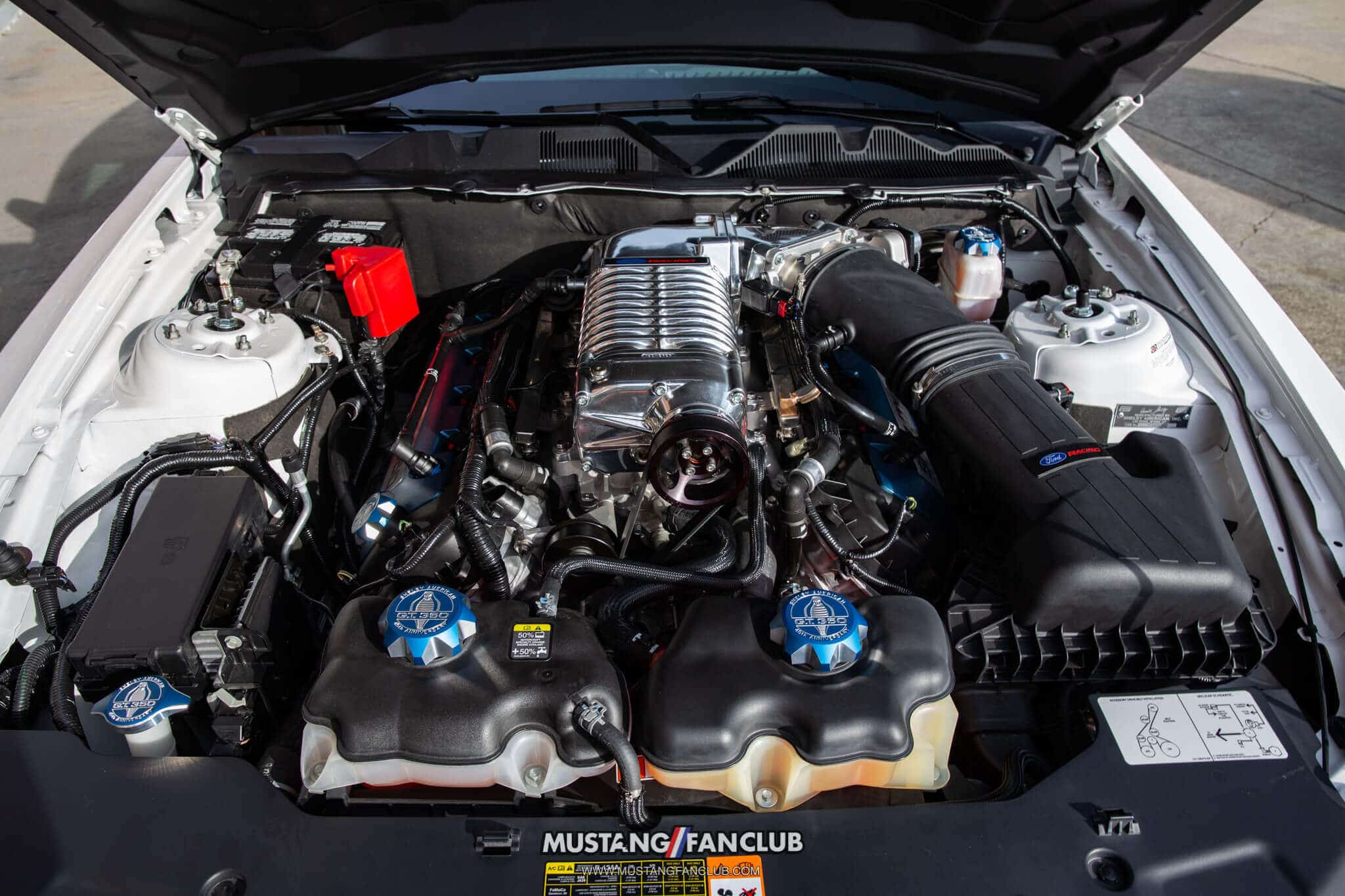 In 2015, a GT350R model was also re-introduced. Only 37 GT350R Mustangs would be produced for 2015. Shelby GT350 and GT350R’s are still currently in production. Ford recently announced a Heritage Edition GT350 which pays homage to the origial 1965 GT350 Mustangs. They will be availabe in Wimbledon White w/ Guardsmen Blue stripes. Thank you for reading about the Shelby GT350, we wanted to put this together to celebrate the Shelby GT350 55th anniversary. Please leave a comment below, we would love to hear your thoughts! It’s not just a car, it’s a lifestyle – Mustang Fan Club 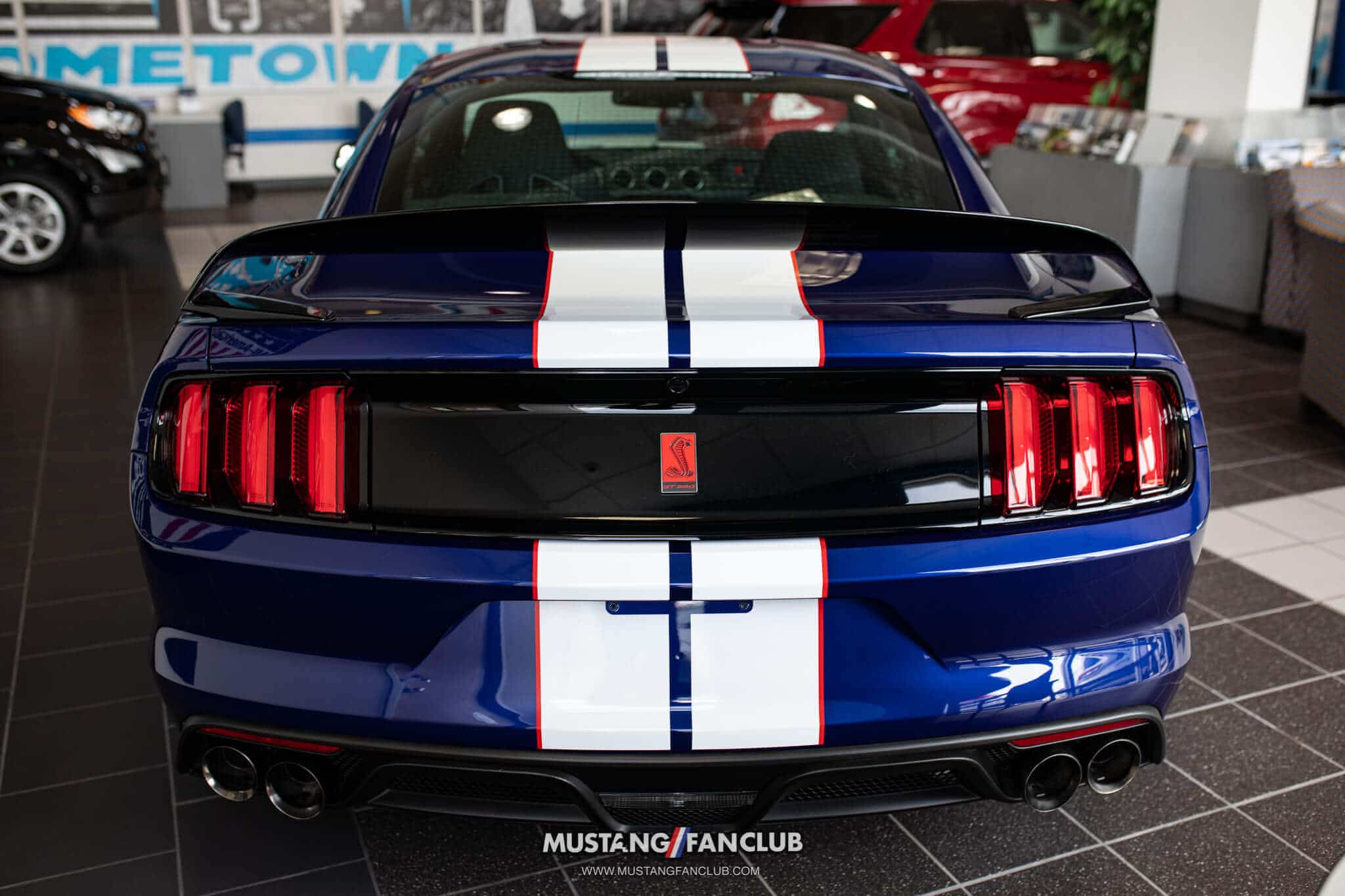 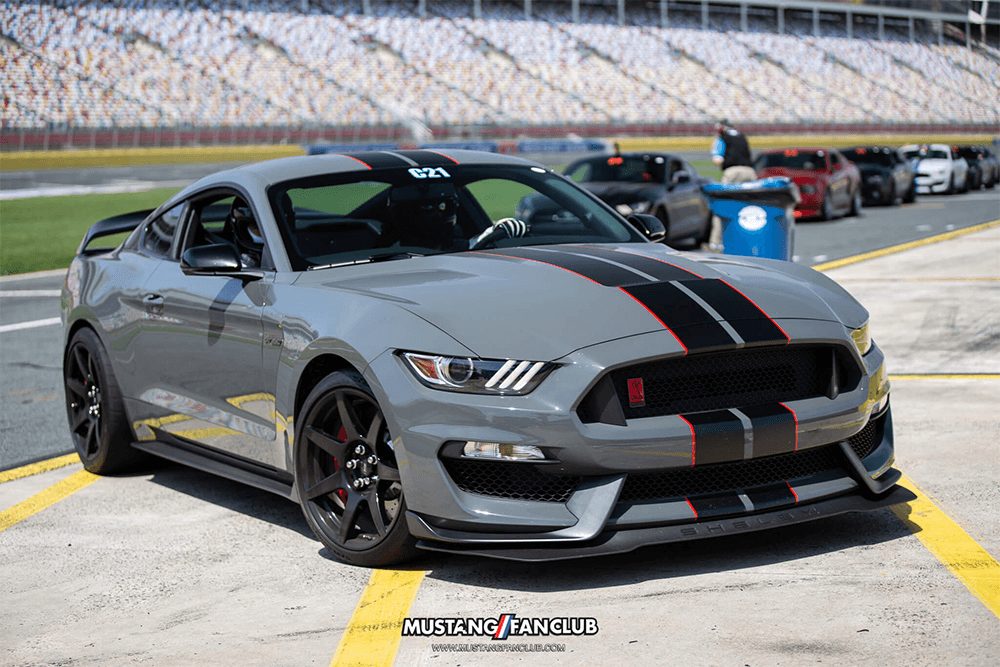