Cervinis has been dropping teasers of some new hoods all month. The time has finally come! The official unveiling happened on July 31st, 2020 at the 25th Ford Nationals in Carlisle, PA. Don’t worry though, we have all the details and images for the Mustang enthusiasts that couldn’t attend this year. The Cervinis GT500 style hood for S550 was released last year, you can read about it HERE.

Cervinis has also released a new 4-inch Cowl Hood for 1999-2004 New Edge Mustang owners. Each hood is available in Ford factory paint options and these new hoods have a tentative release date for late August 2020.

After the launch of the GT500 Heat Extractor hood for S550 late last year, the Mustang community requested a similar style hood for Shelby GT350 and S197. You asked for it and Cervinis listened! Just like the ’20 Shelby GT500 hood these hoods also have a removable rain tray allowing you to extract more heat if needed.

Both new hoods follow the Mustangs factory body lines to create a seamless look that doesn’t look “aftermarket” at all. The hood vents are painted matte black but I would be curious to see what a painted hood vent would look like as well.

The S197 in the photos below has a Whipple Supercharger installed so supercharger clearance isn’t an issue. I have also confirmed that the Shelby GT350 Heat Extractor Hood will clear a supercharger as well.

Each hood is available in Ford Factory color options and carries a PPG Limited Lifetime Warranty. 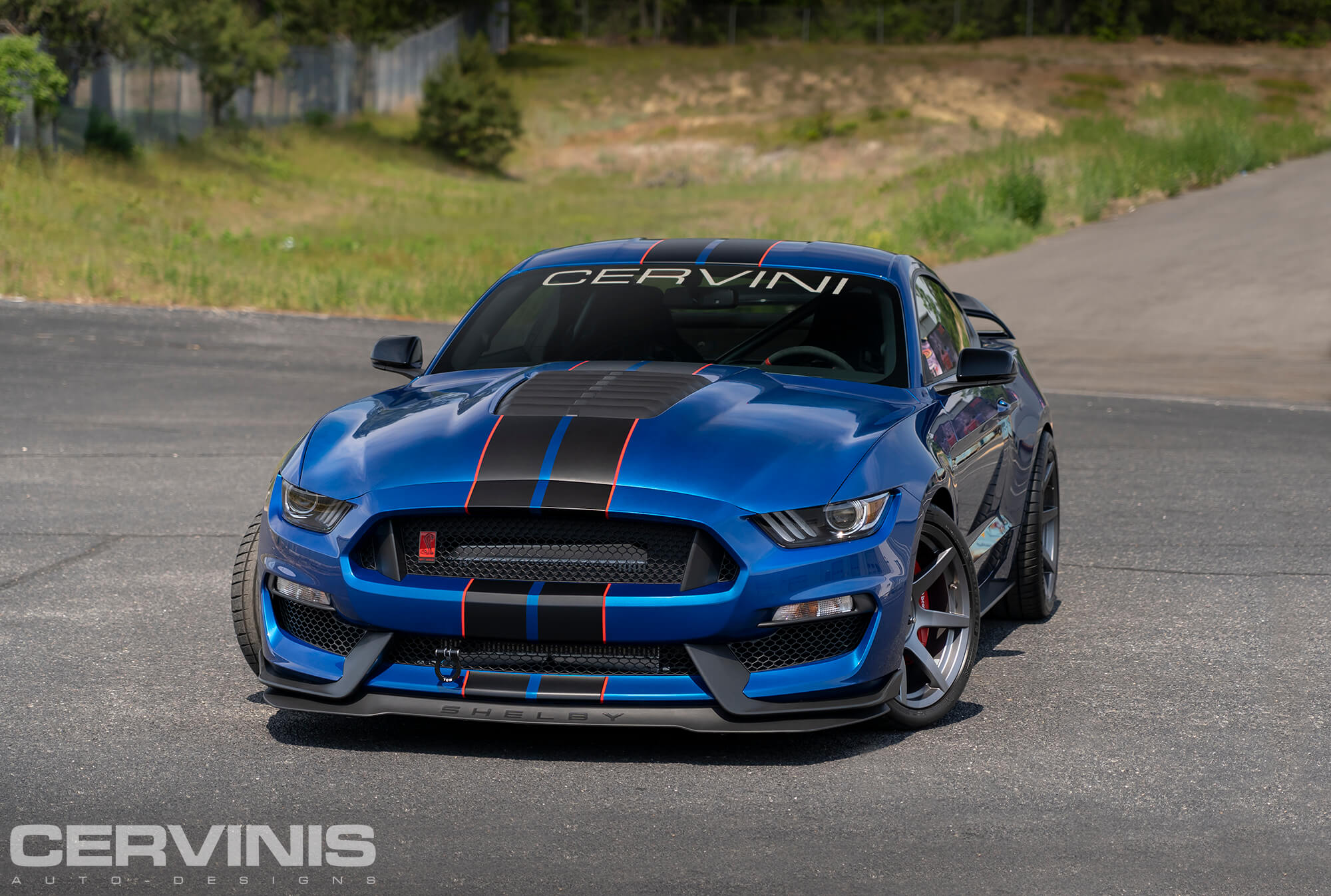 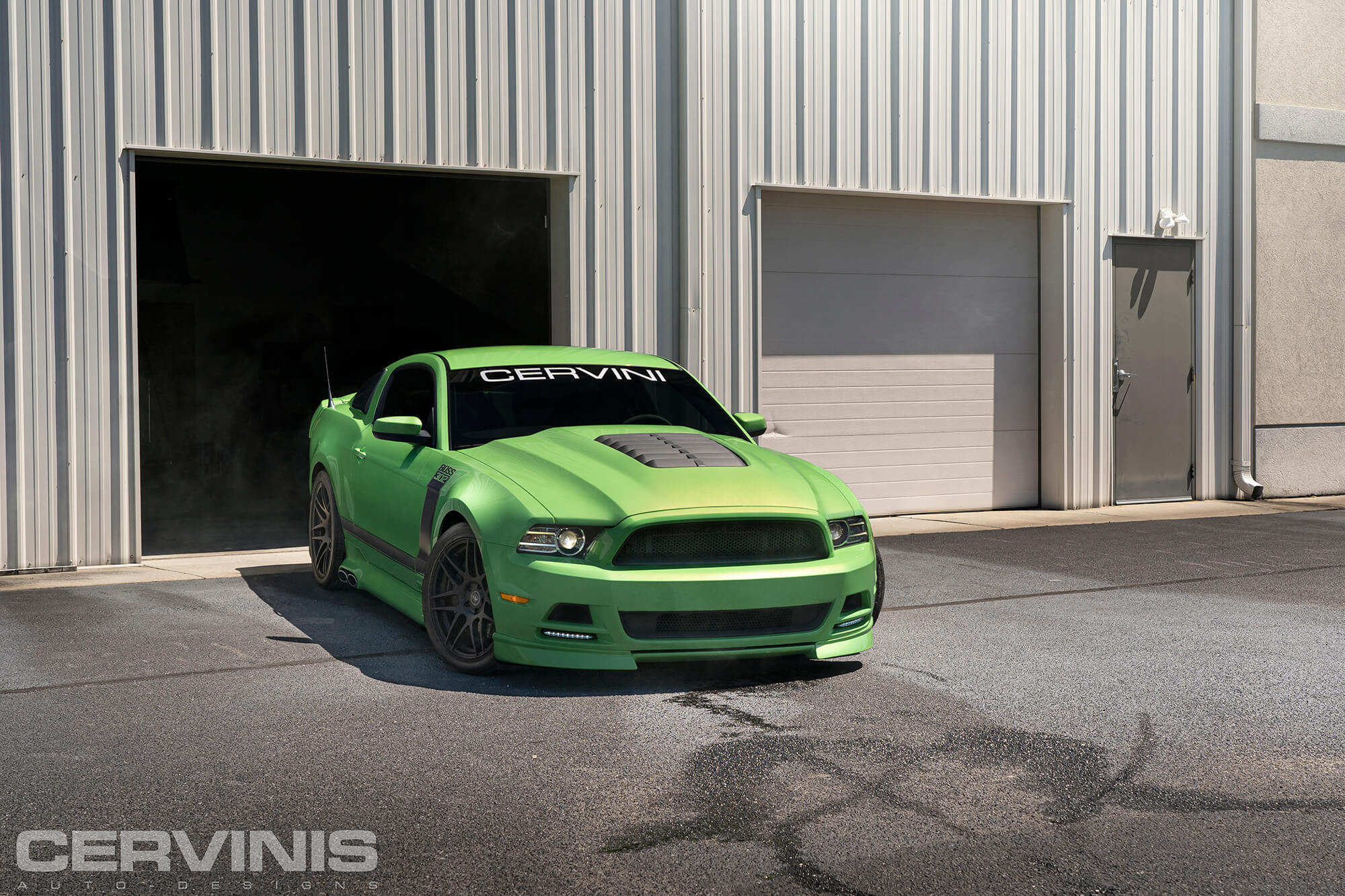 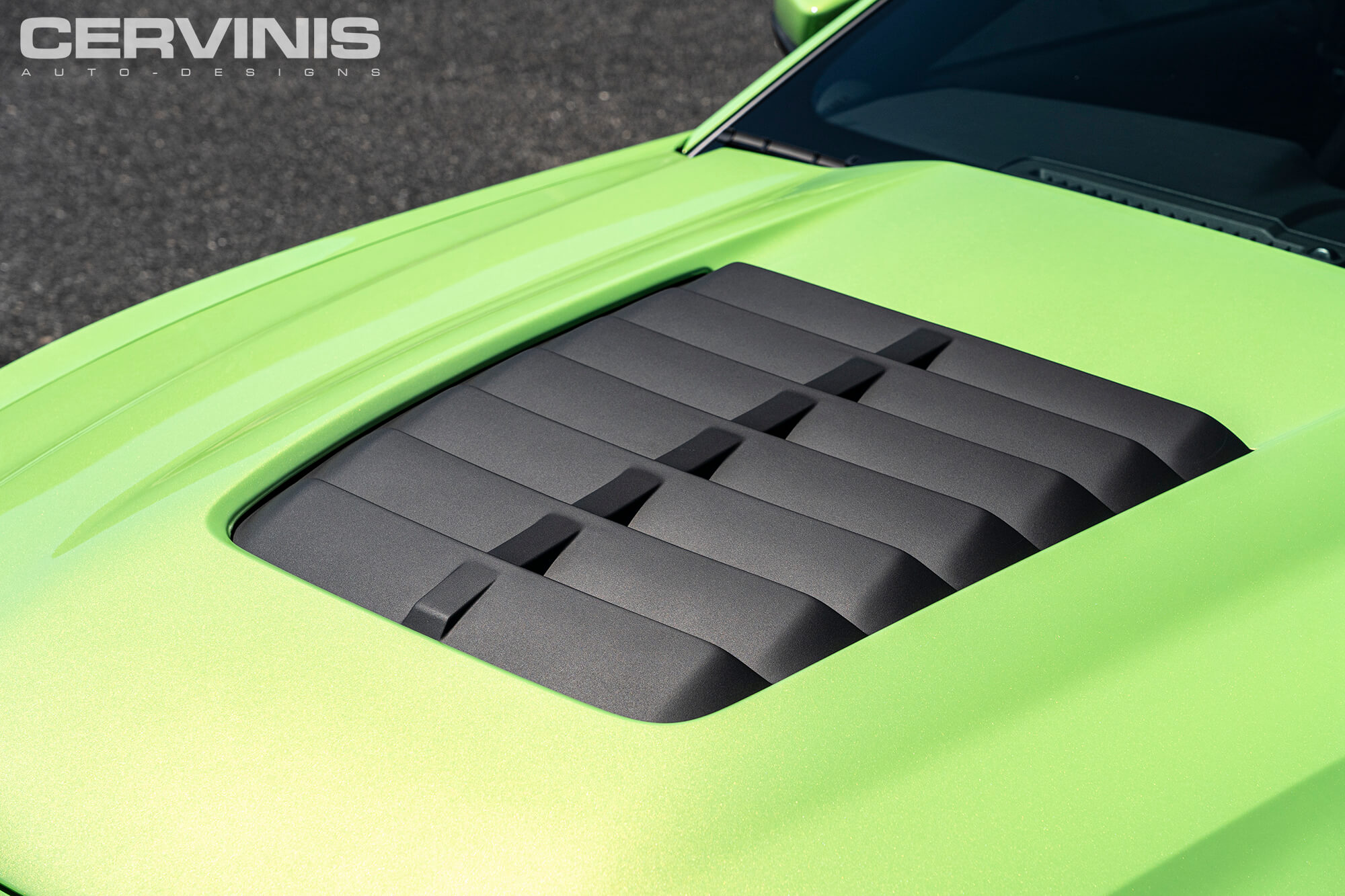 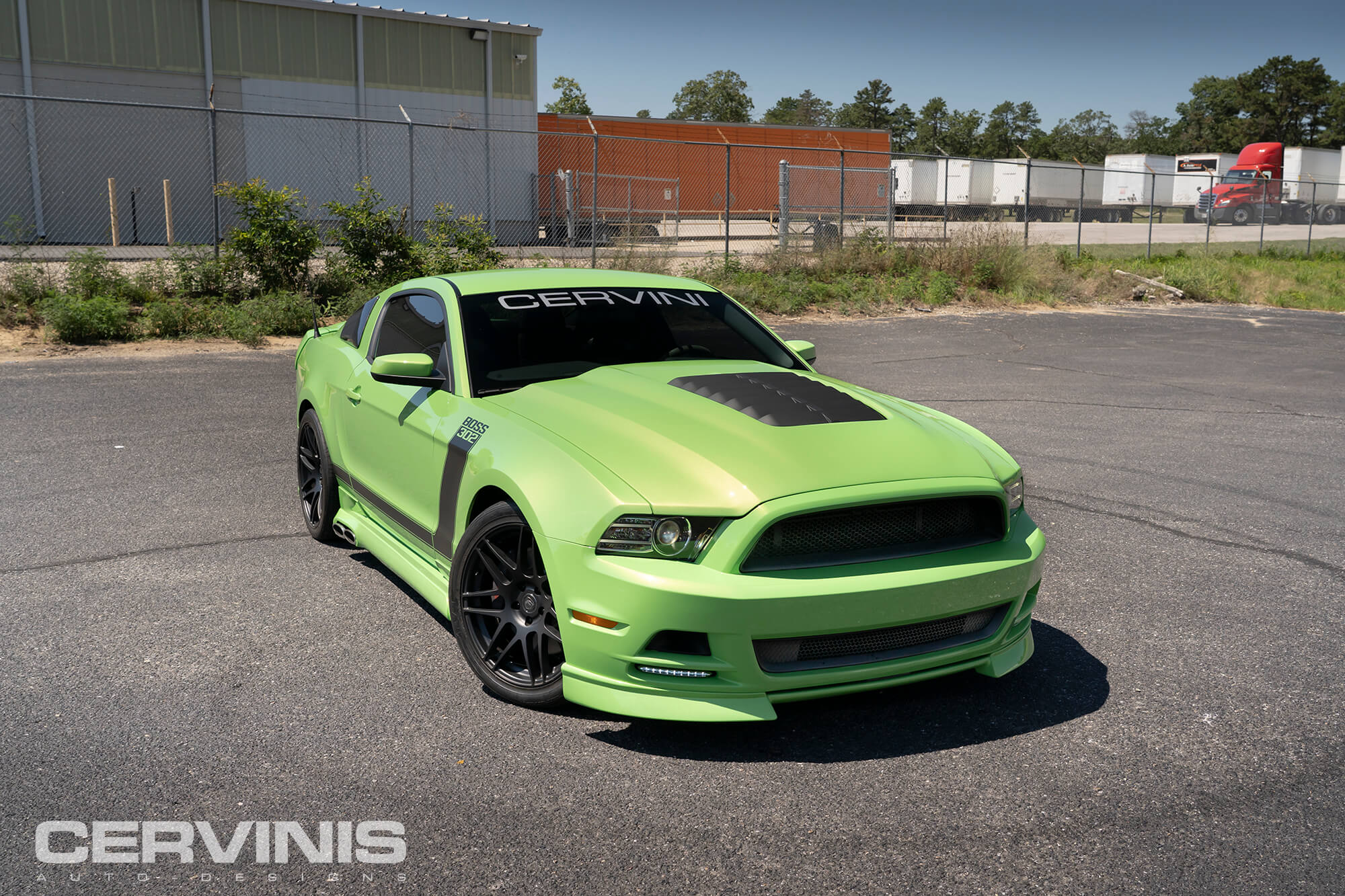 Cervinis has added a new cowl hood style for 1999-2004 New Edge Mustang owners. Previously, there were only two Cobra R style cowl hoods available. Today they have announced the addition of a 4-inch cowl hood.

This bump in hood clearance gives those of you who are running a larger displacement supercharger more room for go-fast goodies. As we all know, heat robs horsepower. On the back of the hood, there is a screened rear vent that allows heat to escape and keep engine temps down. This hood is a direct bolt-on replacement and can be available in a Lift-Off style hood as well, call to order this style. 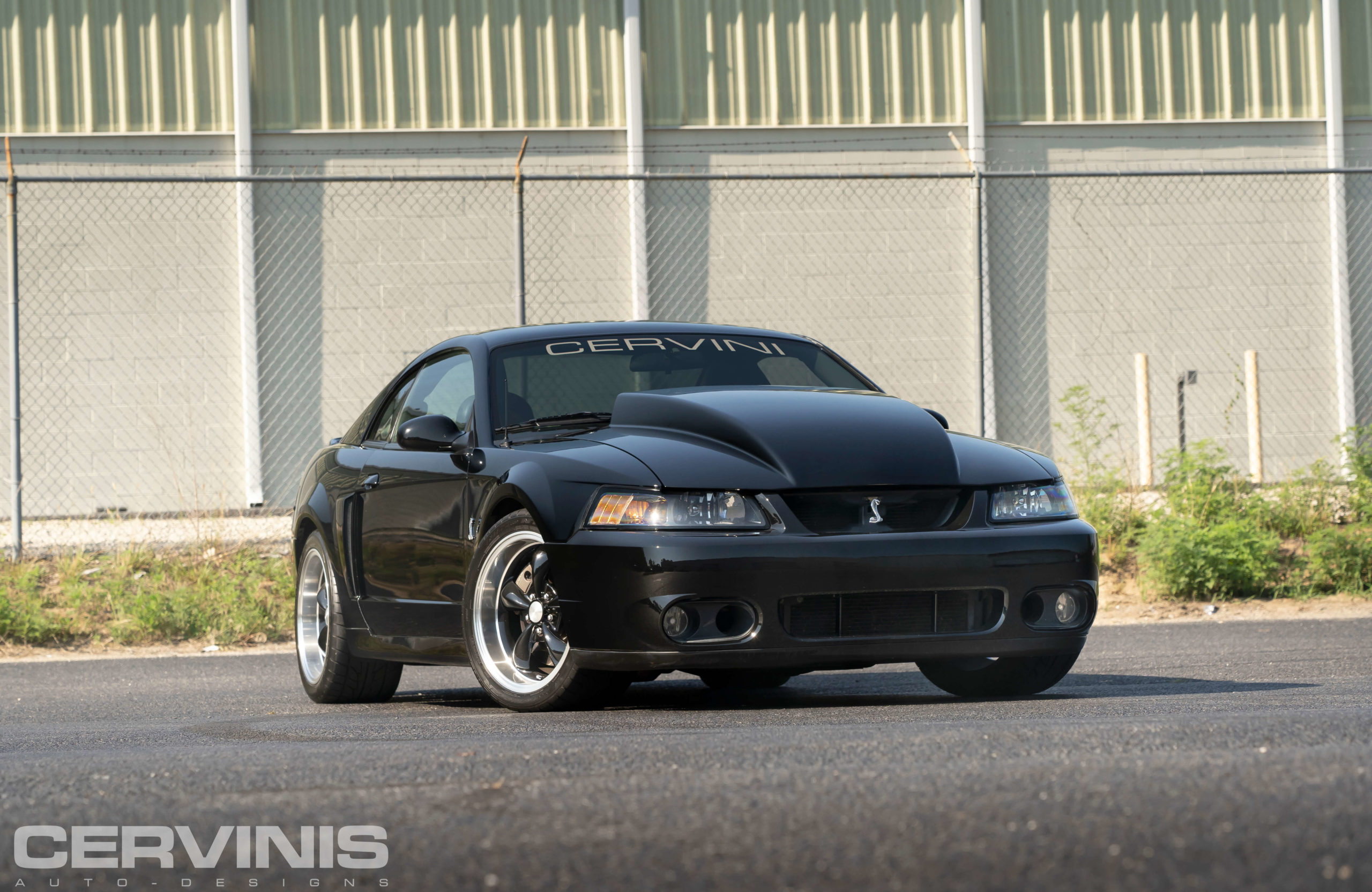 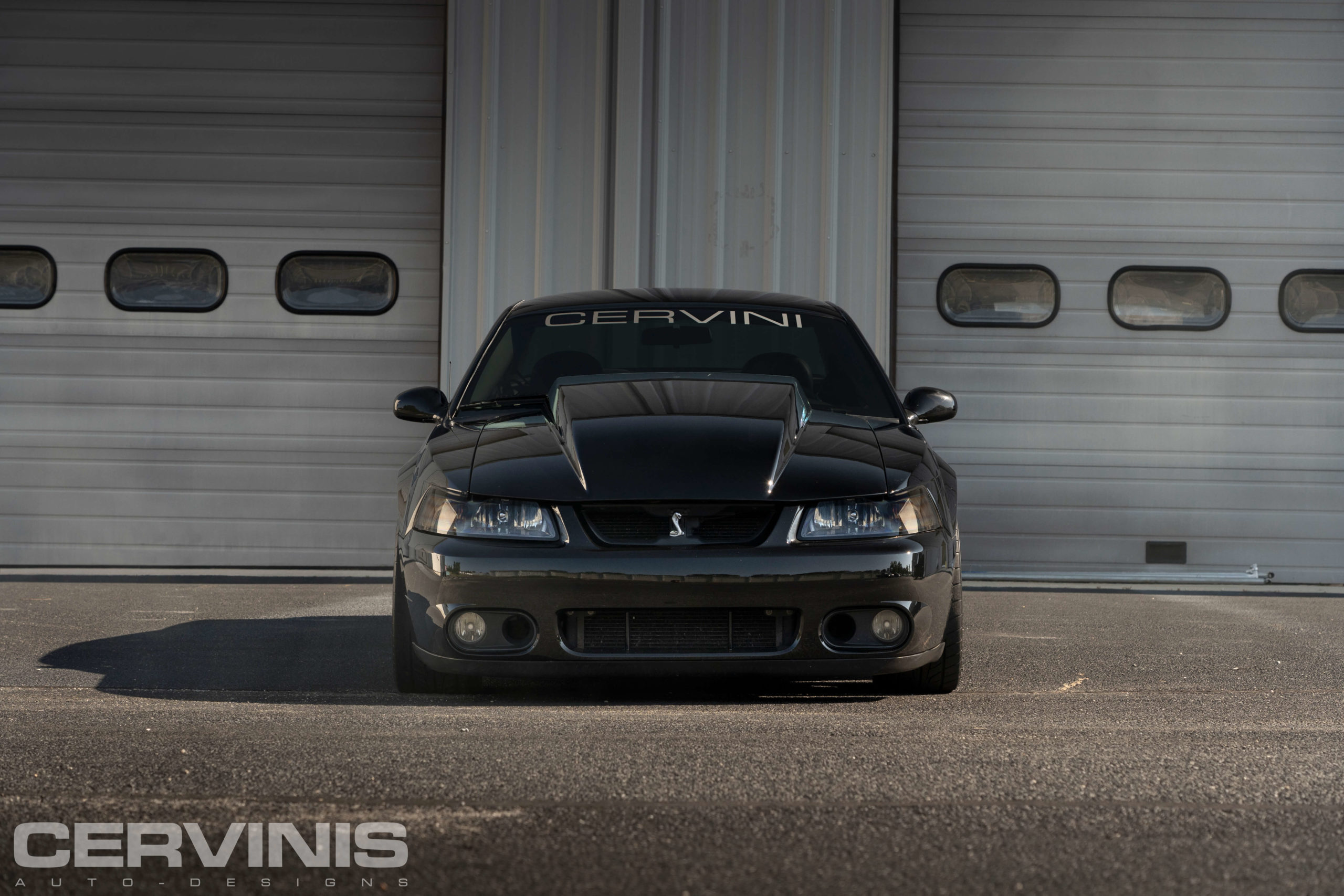 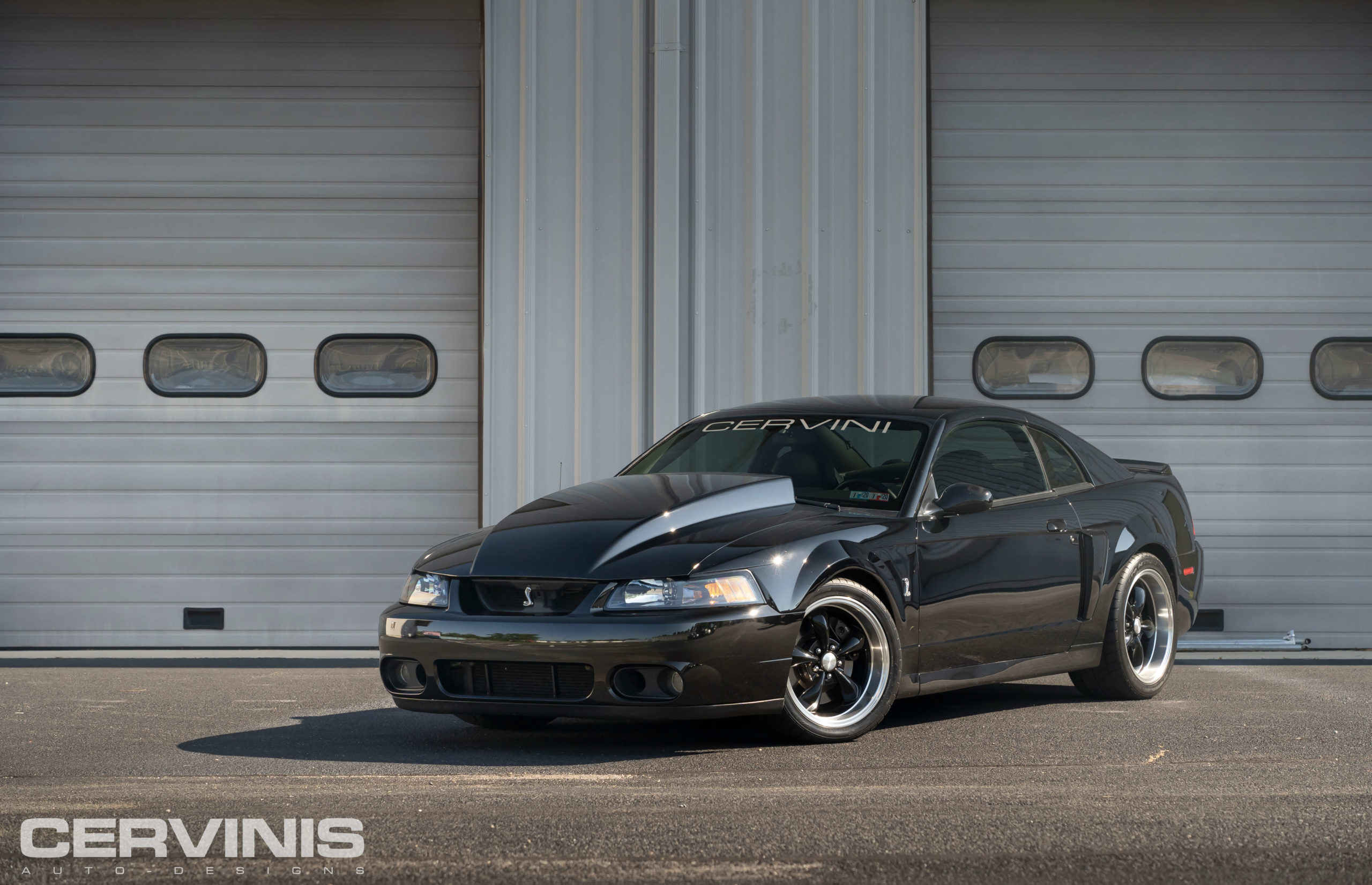 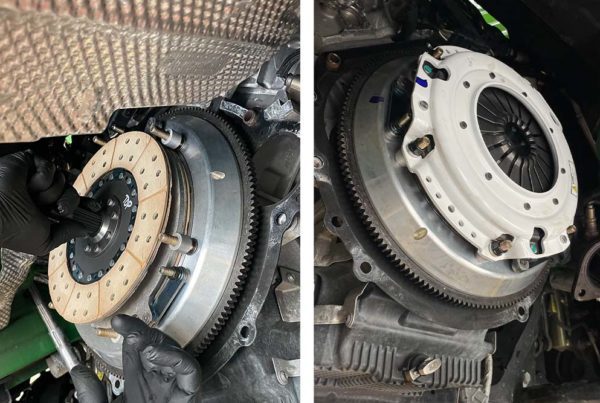 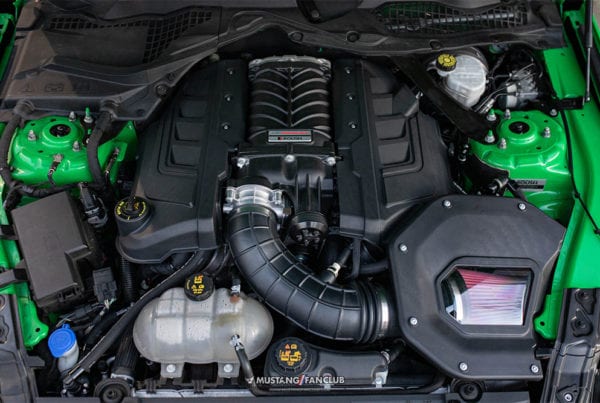 UPR Oil Catch Can for your ROUSH Supercharged Mustang 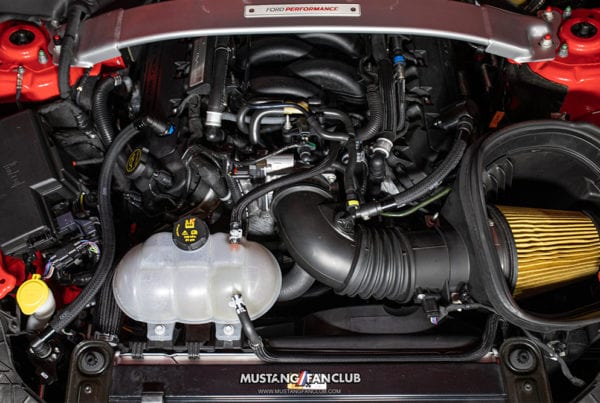