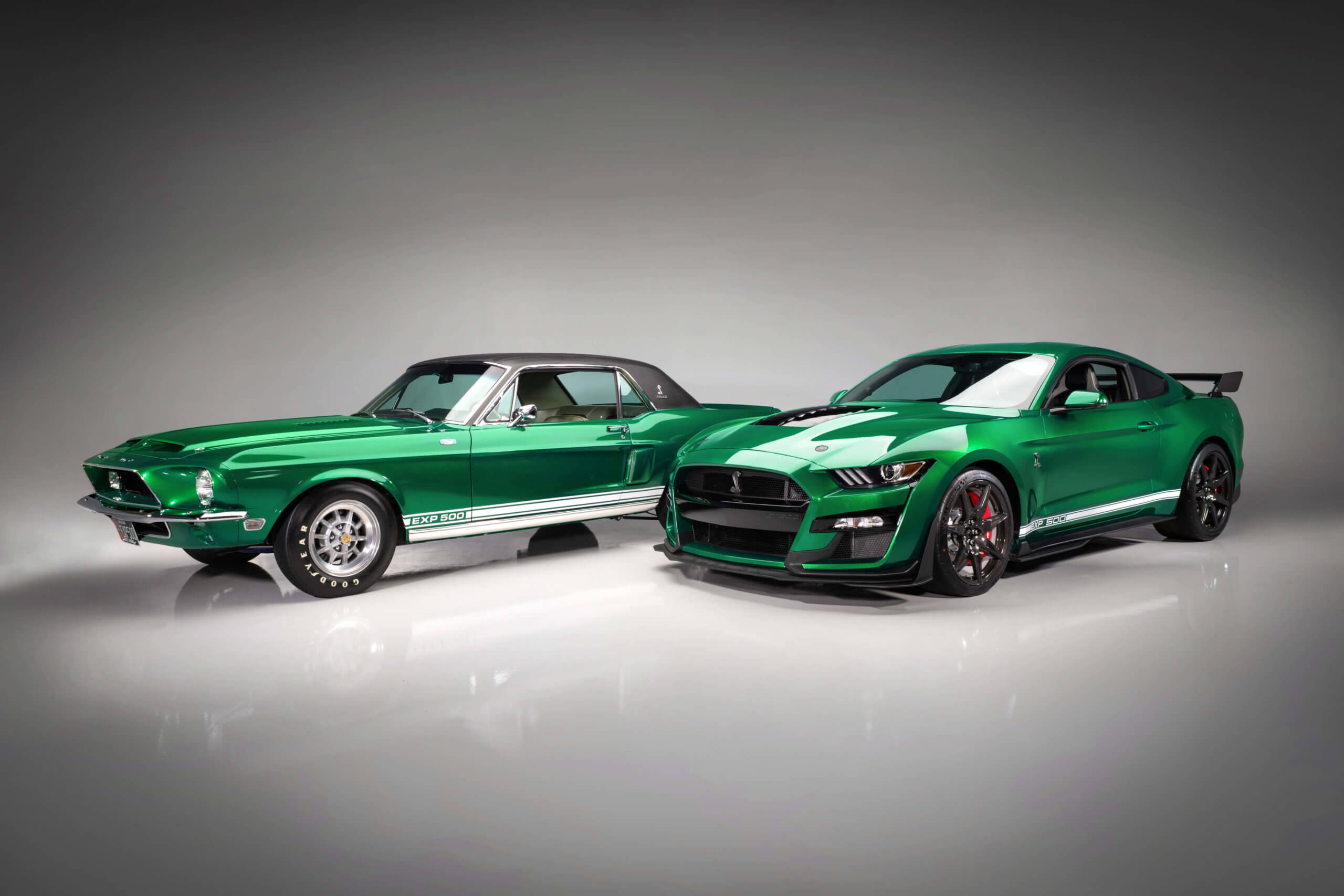 The Green Hornet is a 1968 Mustang notchback that was initially used as testing platform for the GT-SC and GT/CS models by Ford Motor Company. Once it had completed its tour on the show circuit with Ford, EXP 500 would make its way to Shelby American. 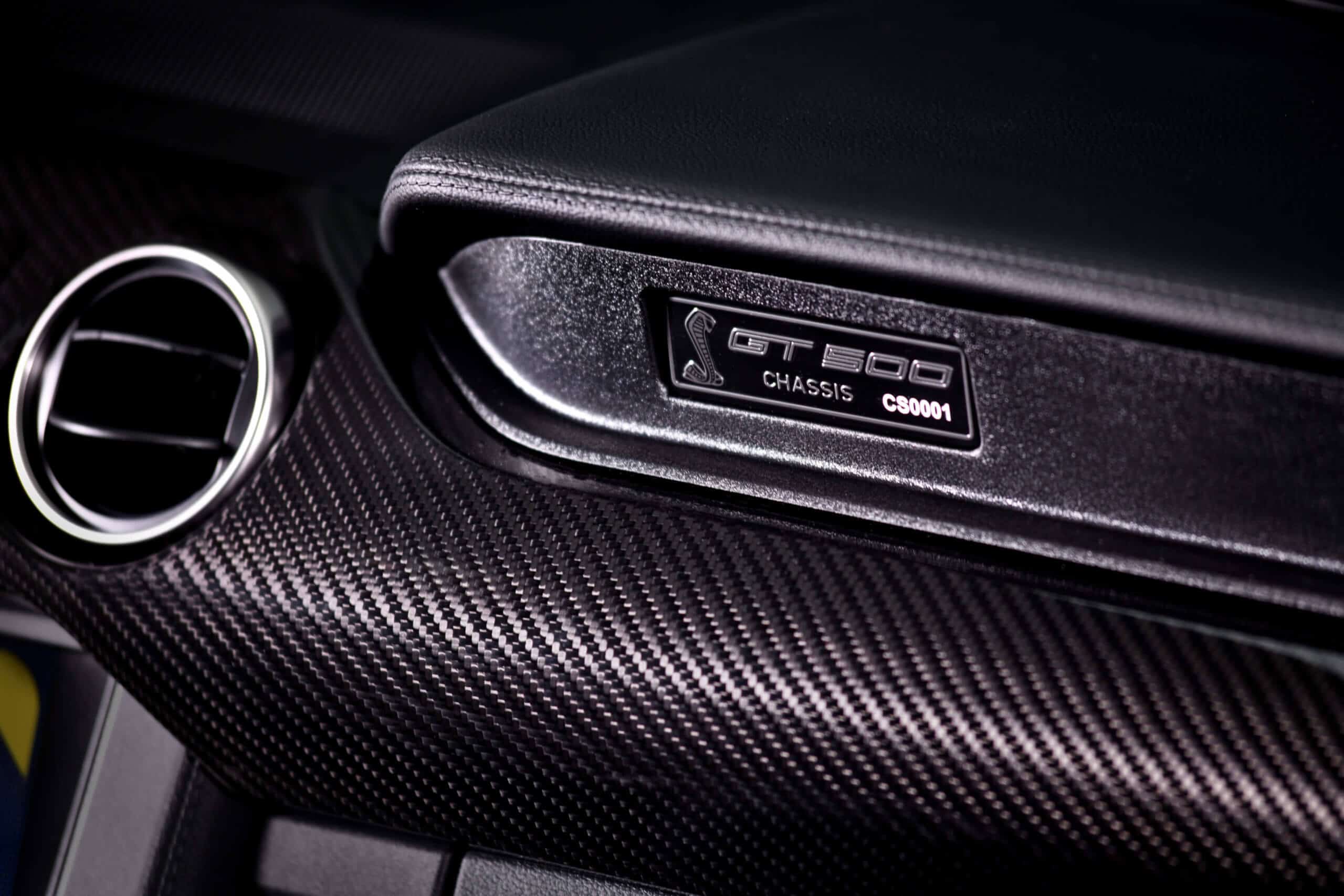 "The independent rear suspension, four-wheel disc brakes and electronic fuel injection engineered on this car were pioneered by Carroll Shelby over 50 years ago. He tested and developed these same experimental components on his 1968 EXP500 prototype, Green Hornet, but they were not standard in a GT500 until 2020." 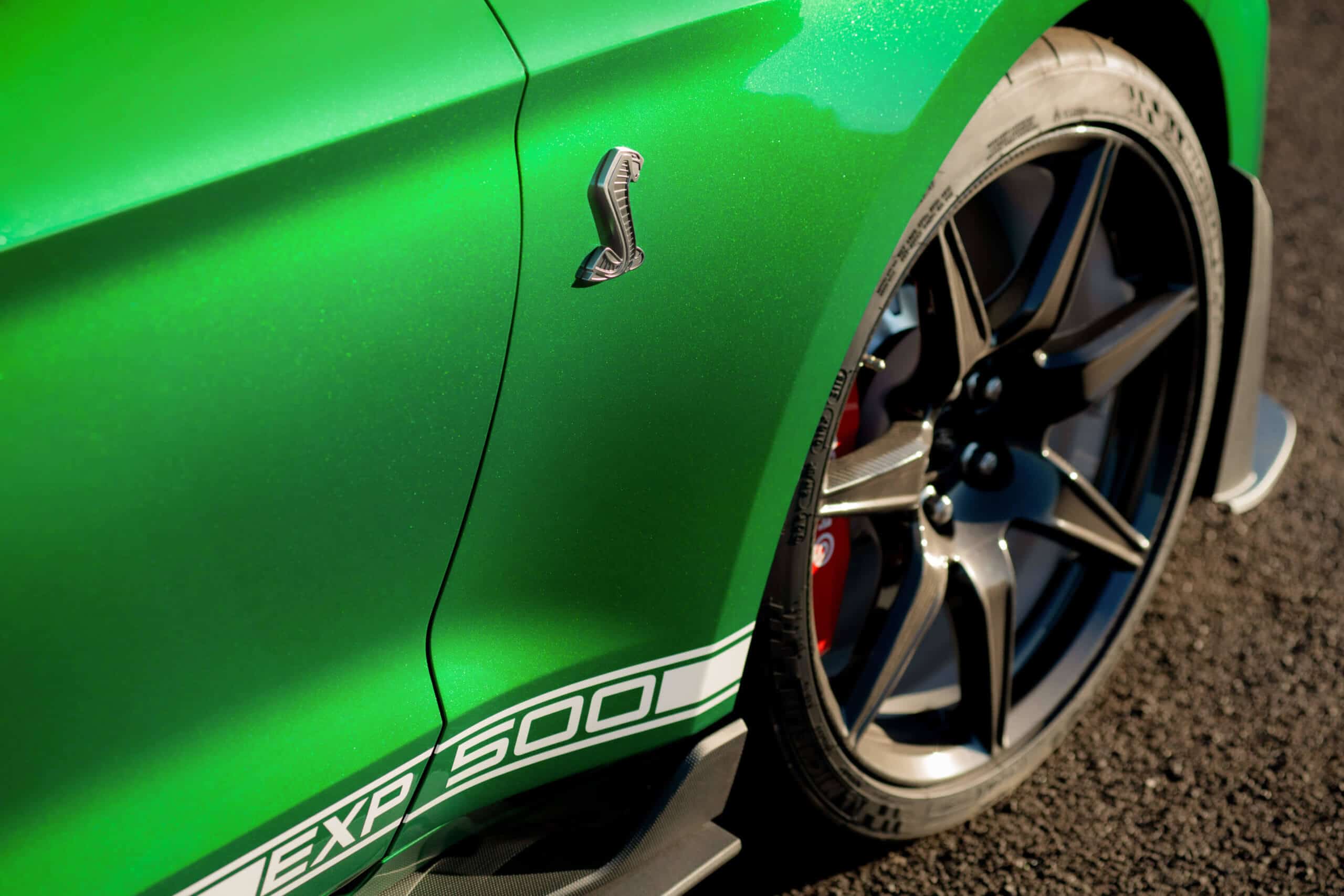 Continuing life as yet another prototype vehicle at Shelby American, Green Hornet became a platform for innovation in design, performance and handling. Including an experimental Conelec fuel injection system, independent rear suspension and a unique rear disc brake configuration.

“Carroll Shelby’s racing technology and innovations, like those found on Little Red and Green Hornet, were far ahead of their time,” said Steve Davis, president of Barrett-Jackson. “These two incredibly unique vehicles led the way for some of the most important advancements in American performance and racing. The visionaries behind these advancements, like Carroll Shelby, not only impacted the cars of their generation, but have significantly influenced today’s performance vehicles.” 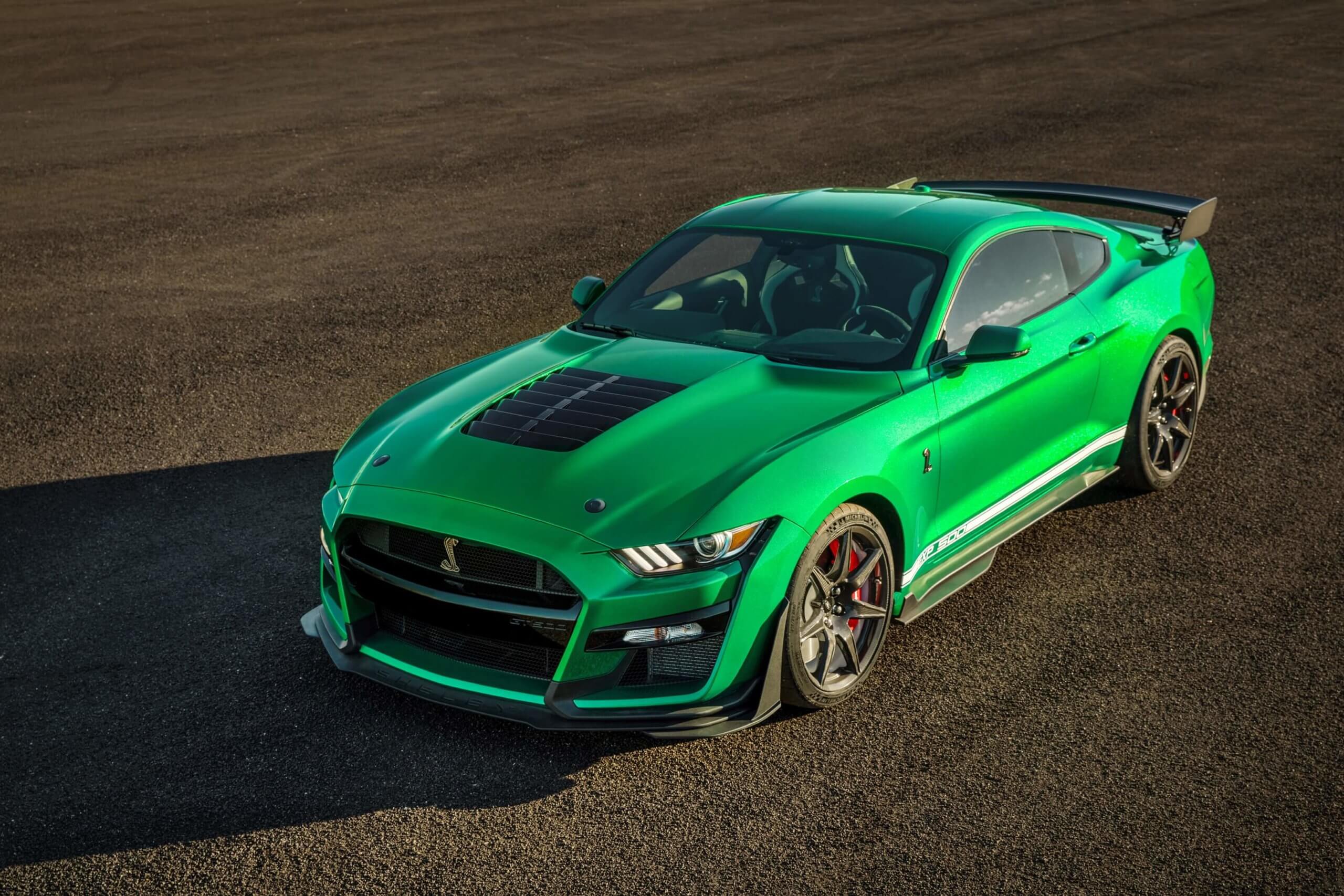 You may have noticed, the exterior paint on this special 2020 Shelby GT500 isn’t a factory option. Craig Jackson was granted the opportunity to get his VIN 001 GT500 in any color. He chose Candy Apple Green to pay homage to the Green Hornet. The new GT500 even has hand painted “EXP 500” side stripes! 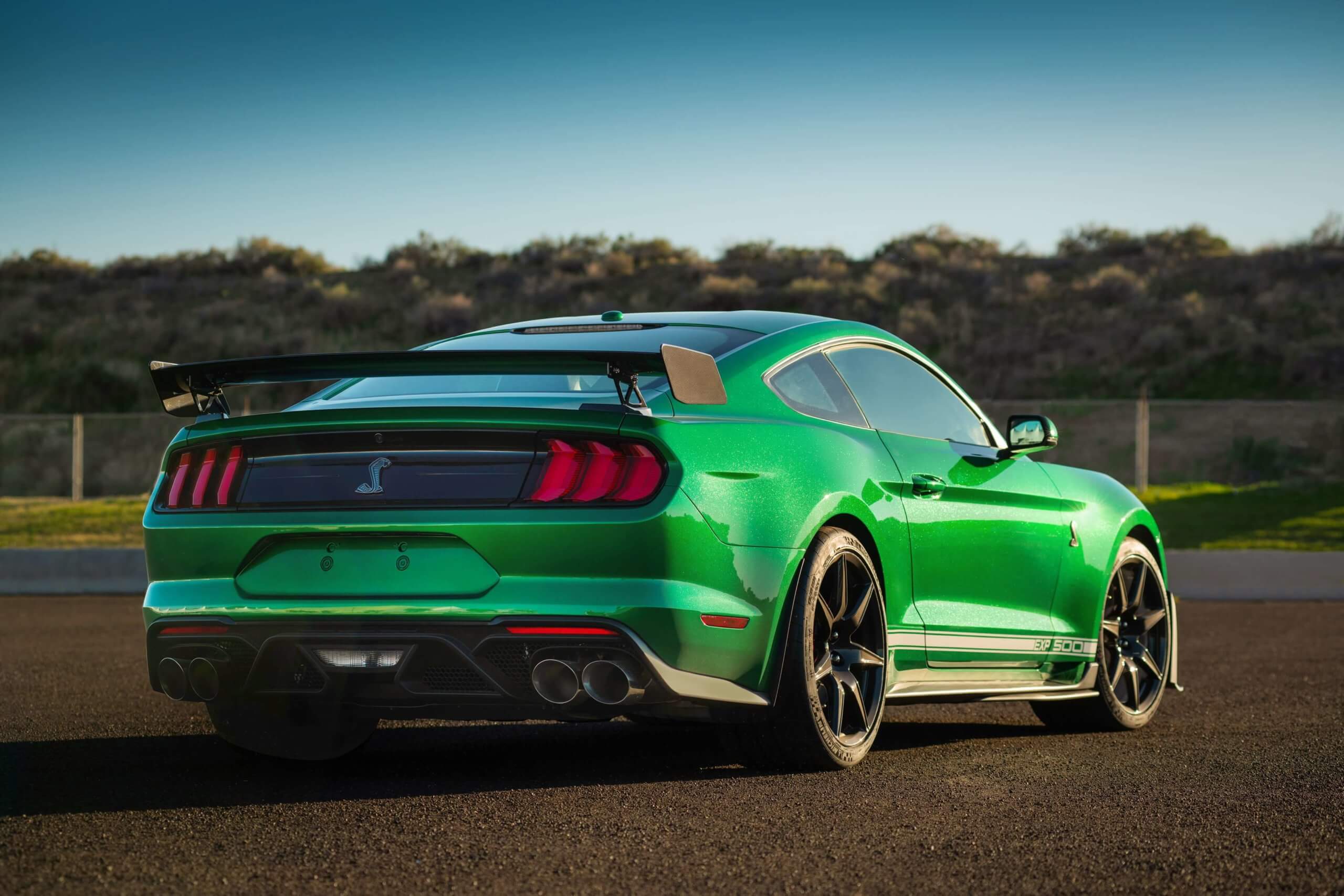 VIN 001 GT500 was painted by paint specialists at Penske Vehicle Services. A Lime Green base was topped with Candy Apple Green to create the beautiful metallic green exterior color. This GT500 also has painted mirror caps. All 2020 GT500s come with black mirror caps. I would definitely approve of this color as a factory option but wouldn’t want to know what the cost would be (gasp). 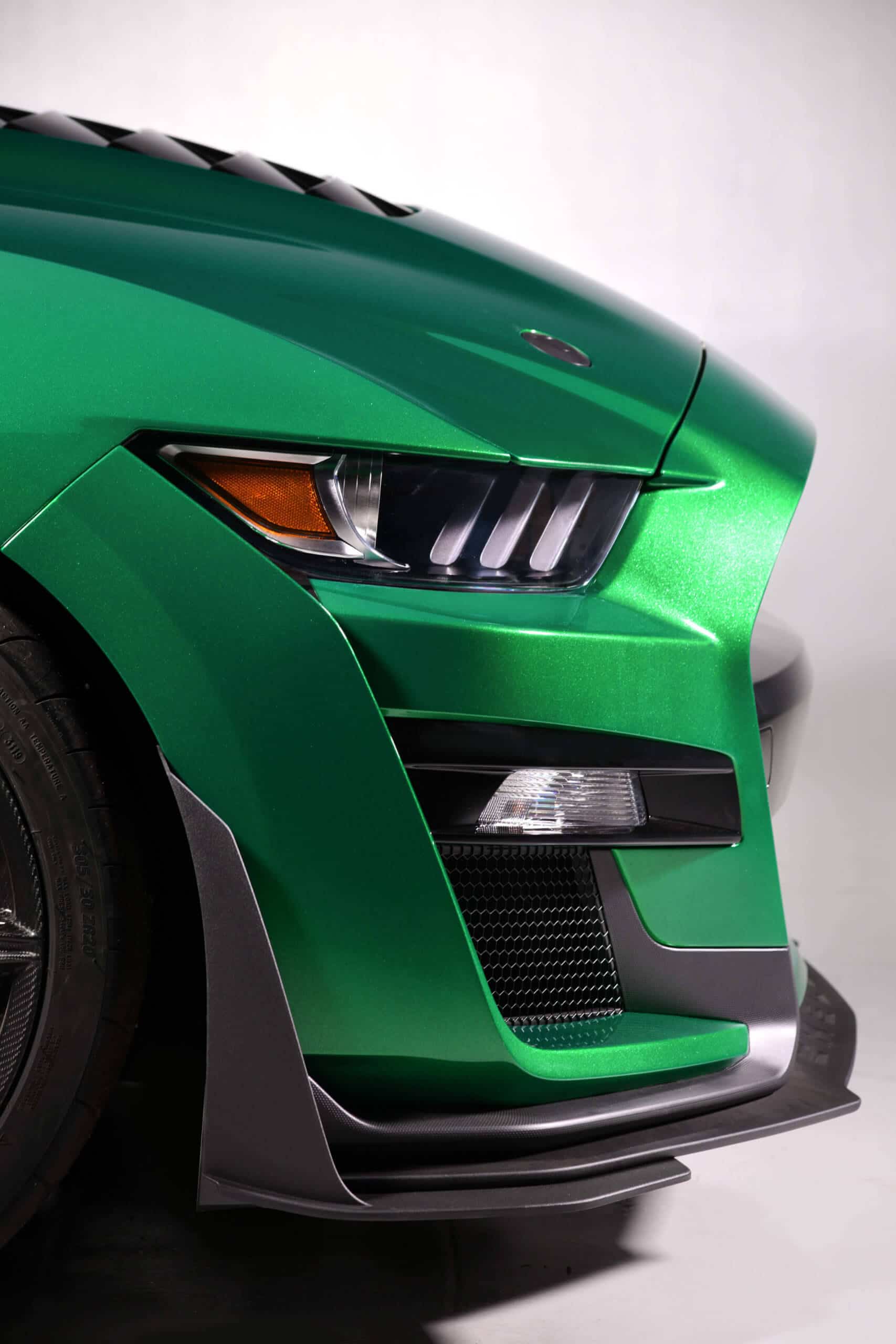 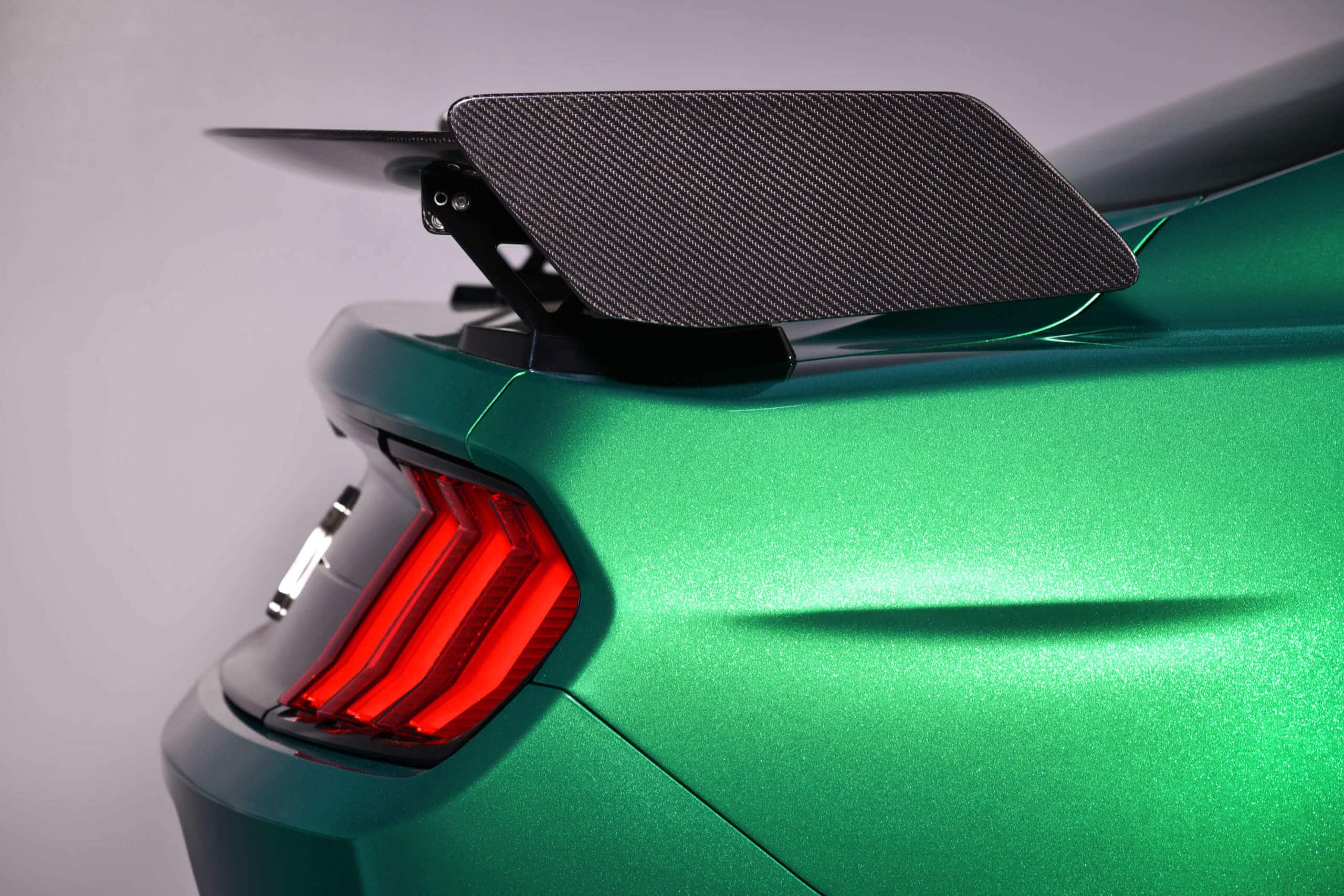 Both experimental Shelby Mustangs, Little Red and Green Hornet, will be displayed at the 2020 Barrett-Jackson Scottsdale Auction on January 11th – 19th.