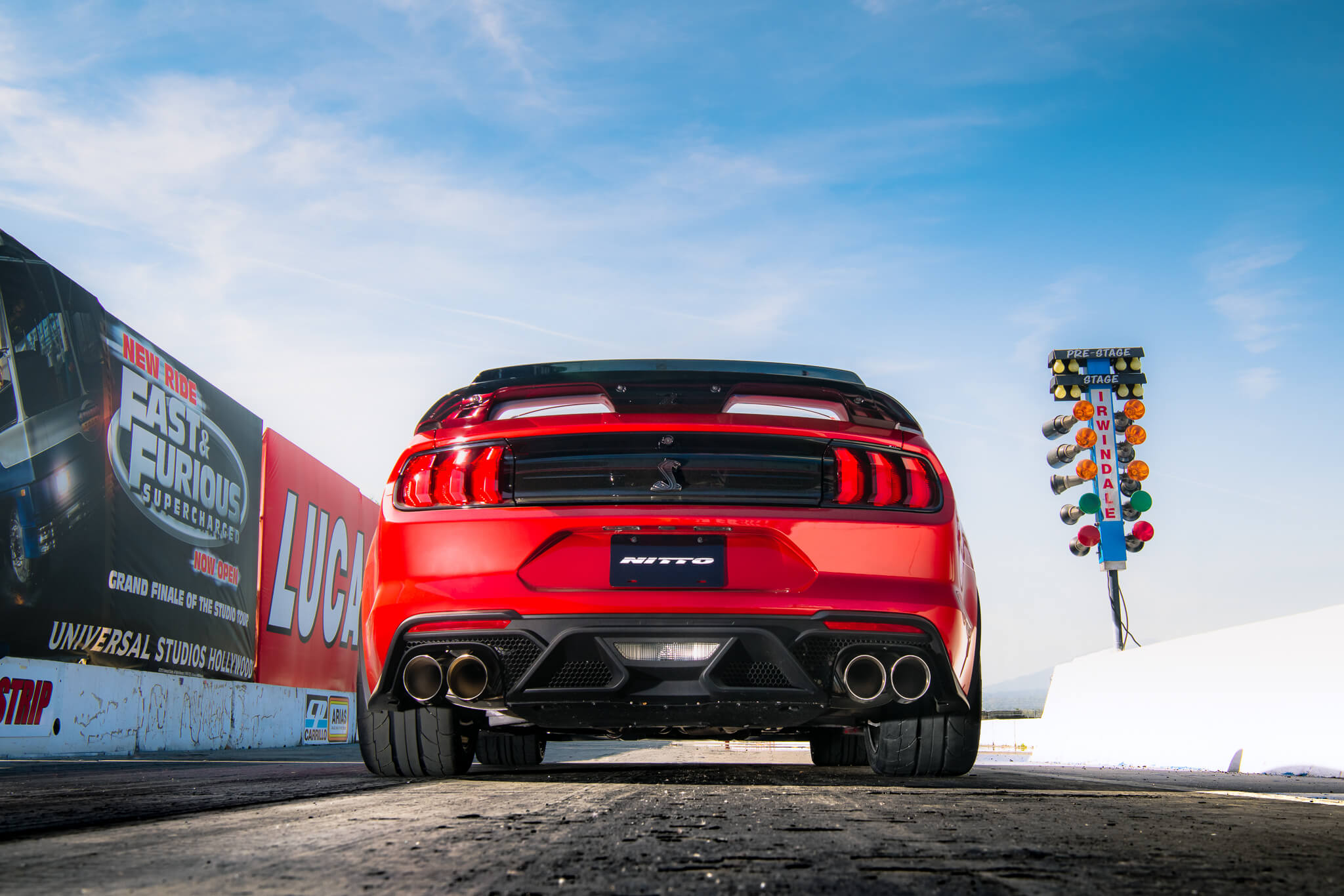 Nitto NT555RII – Next generation competition drag radial for your Mustang!

By Jaron ColeApril 3, 2020No Comments

The Nitto NT555RII is a D.O.T.-compliant competition drag radial designed with additional flexibility for the weekend drag racer. The high-grip compound and semi-racing construction provide increased traction at the starting line, while the large circumferential grooves aid wet handling on the street.

The NT555RII pairs perfectly with the Nitto NT555 G2 tires

I personally have the NT555 G2 tires on my 2015 Mustang GT. My Mustang is my daily driver and makes around 730 crank horsepower. These tires handle everything I throw at them on a daily basis. I have had other tire brands in the past and the NT555 G2 is by far my favorite tire. They handle the power my Mustang makes surprisingly well for a summer tire. Driving in the rain hasn’t been an issue even going highway speeds during hard rains.

The point I’m trying to make is that the tread pattern on the G2’s is proven successful. Nitto utilized a similar tread pattern on the new 555RII. I love this idea because I can have a somewhat similar set of tires on the front and back instead of two different styles.

For those of you who aren’t familiar with how tires are graded here is a quick run down for you.

The U.S. Department of Transportation (DOT), Tire Quality Grade Standards (UTQG) were created to provide consumers with useful information when purchasing tires from manufacturers. Three of the major factors are treadwear, traction and temperature capabilities. The grading is conducted by the manufacturers or a third party company they may have hired.

Treadwear Grades: The treadwear of a tire are based on actual road use. The standard for treadwear testing consists of a vehicle driving on a 400 mile loop for a total of 7,200 miles. The higher the treadwear rating, the longer the tire will theoretically last or withstand some burnouts 🙂 .

Temperature Grades: The UTQG Temperature Grades indicates the extent to which heat is generated and/or dissipated by a tire. If a tire is unable to dissipate the heat effectively or if the tire is unable to resist the destructive effects of heat buildup, its ability to run at high speeds is reduced. The grade is measured by a tires ability to operate at high speeds without failing.

UPR Oil Catch Can for your ROUSH Supercharged Mustang