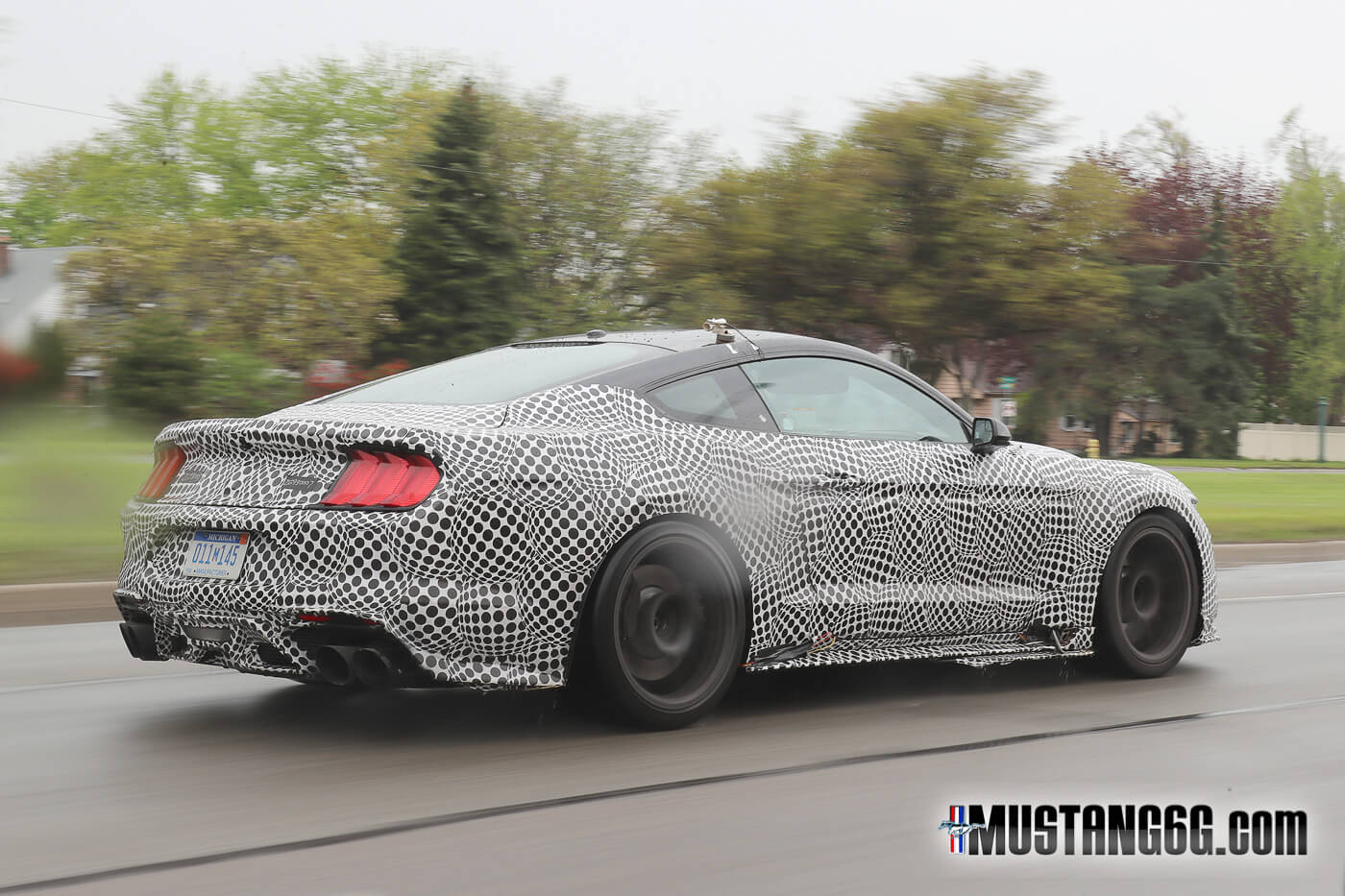 First sight of the Shelby GT500 without its camo skin!

Dealers meetings have been going on across the U.S. showcasing Ford dealers the upcoming models and their various features for next year. One bold character managed to get a few snaps of the new Shelby GT500 at a dealer show in Las Vegas.

I saw these images posted on Instagram from @sinister_lifestyle. At first glance, I thought this was just another render. After zooming in and inspecting the photo closer, I found that the light is reflecting off of certain parts of the car that would be very hard to render in a computer program. 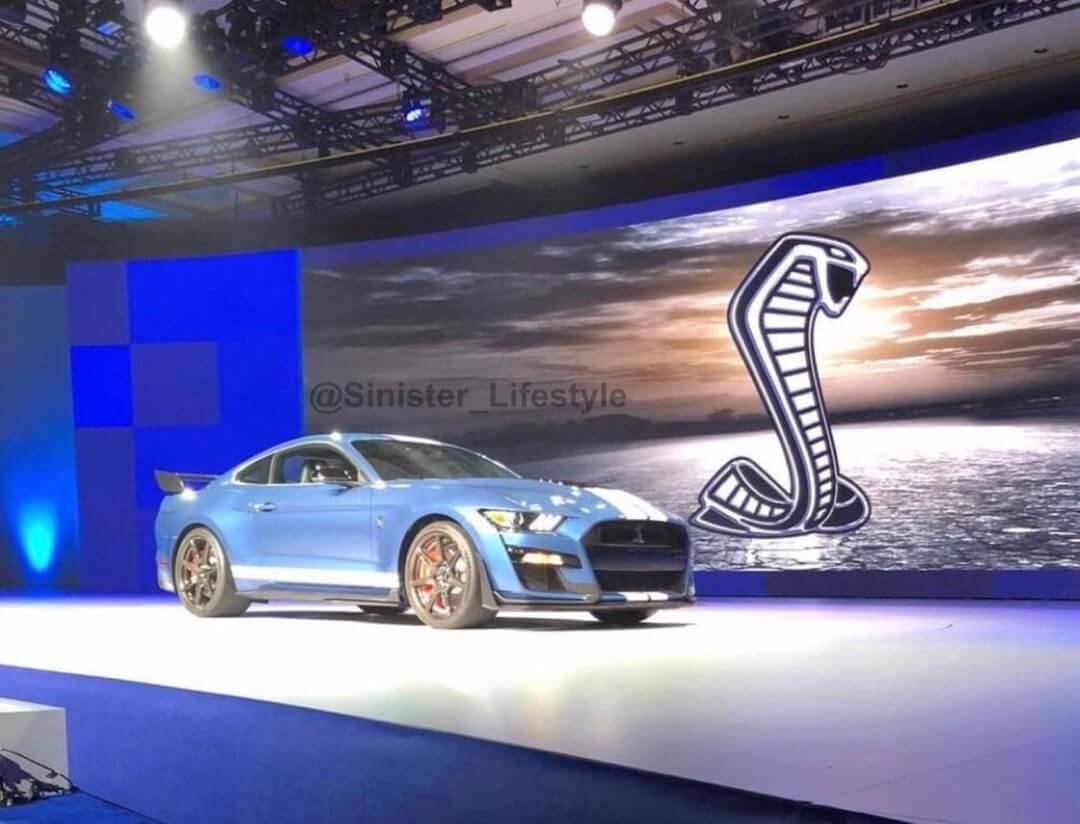 I’ve read from other members who have attended these dealer meetings and they said they were told to keep their phones in their pockets and had to sign a NDA (non-disclosure agreement). Whomever decided to leak this image could be suffering some severe repercussions.

No official specs have been released as of today but the power plant will most likely consist of a 5.2L engine with the new 2650 TVS supercharger. The ROUSH JackHammer produces 710hp from the same 2650 supercharger. I am willing to bet that the new GT500 will be a slightly north of 750 horsepower. I mean it’s the GT500 people, it’s gotta have some venom behind those fangs! The new Ford Performance Blue color option is something I’m super excited about. When the GT350R and Ford GT were released there was a paint on those vehicles called Liquid Blue Metallic. I hope this is hopefully making it’s way onto the Mustang platform for 2019.

Everyone keeps asking why there are 2018 taillights and 2015-2017 headlights. I don’t have any confirmed information but the most obvious to me is that it’s based off of the GT350 platform. The taillights are easily interchangeable but the headlights are a whole different story. 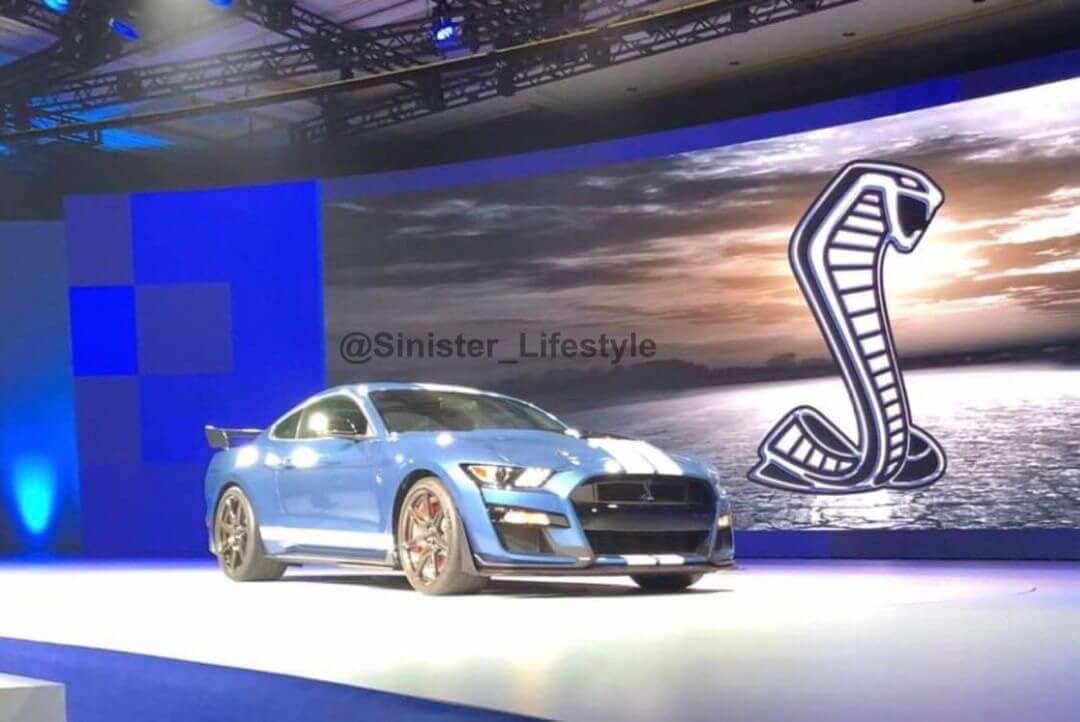 The Predator has been spotted in the wild!

Wow… just WOW! We are happy to see the new GT500 out in the wild. The renderings just don’t do this new Mustang justice. We were slightly concerned about the new front end design based just off of the renderings we had seen but these images show us how menacing the new GT500 will be. 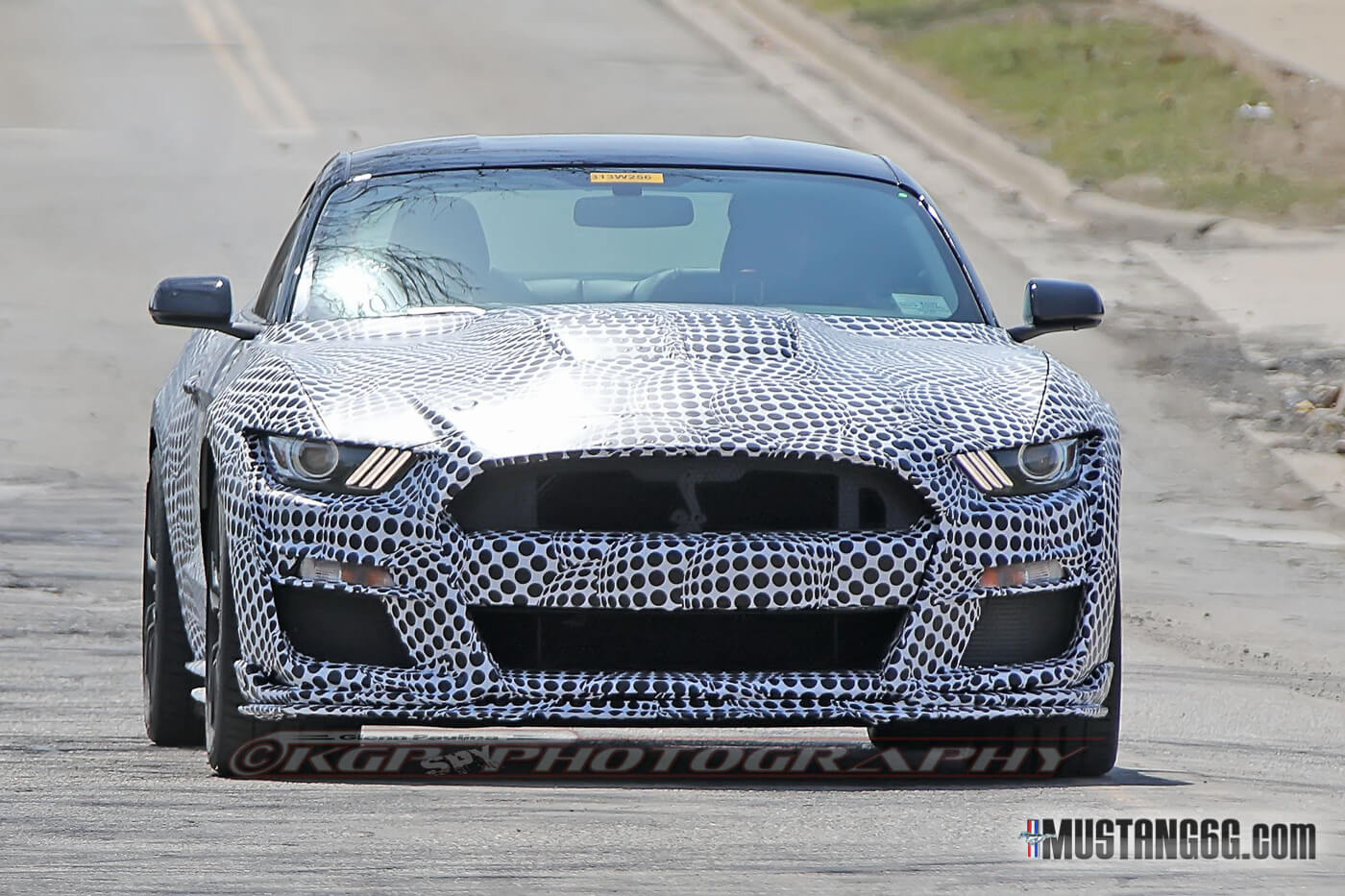 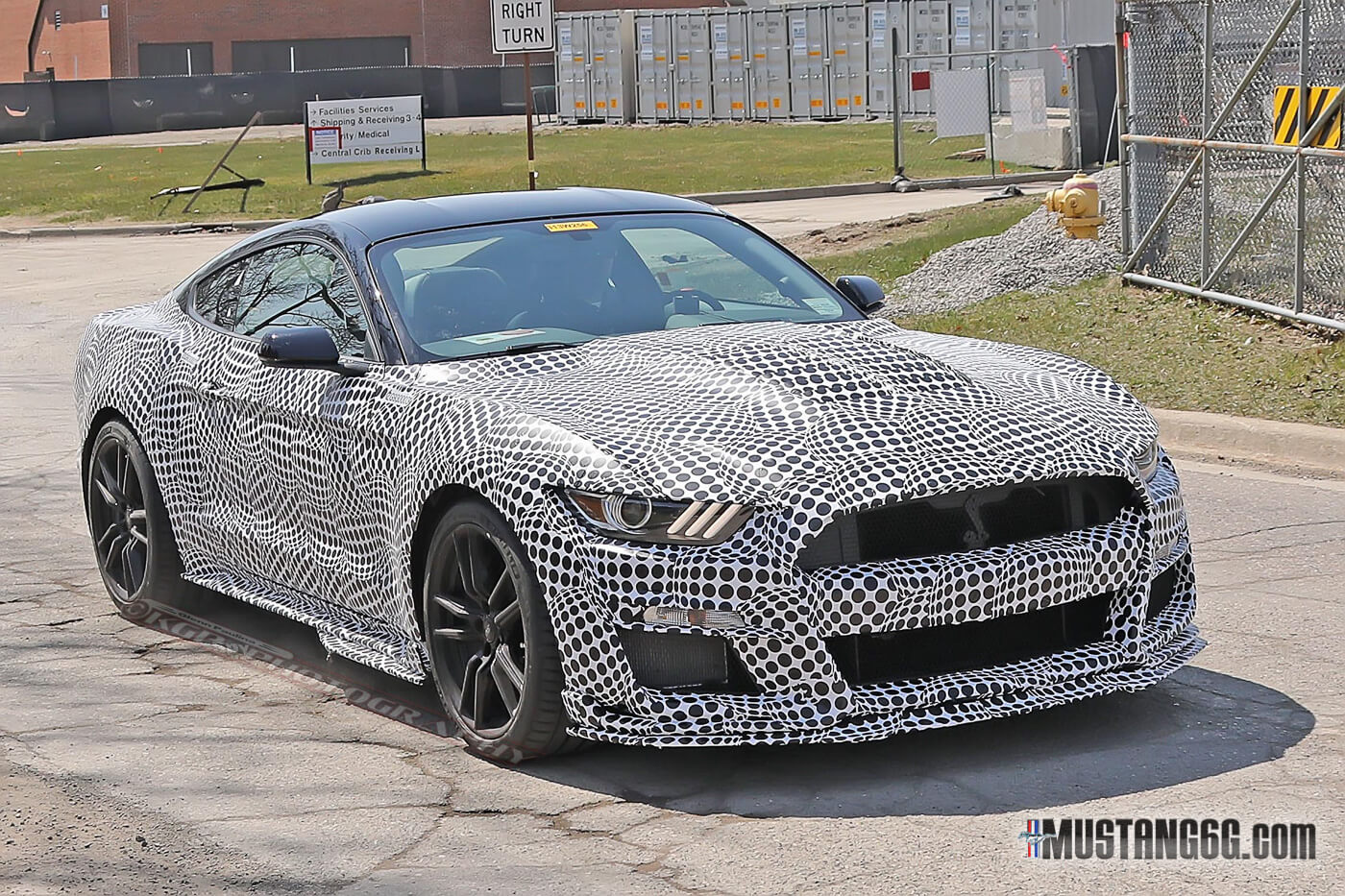 The first thing we noticed while looking at these spy photos of the 2020 GT500 are the large openings on the front fascia. The upper and lower grilles have large openings to allow fresh cold air to come in and feed the new 2.65L supercharger. How do you expect them to pull 750+ hp out of this monster 5.2L engine with no cool air?

The Shelby GT350 has oil and transmission coolers mounted on the lower bumper on both passenger and driver sides. It looks like those same coolers will be carried over to the new GT500 but these coolers are much more noticeable than on the 350. On this mule, we don’t see any fender vents but these fenders do seem to be much wider than the GT350 fenders.

It appears the GT500 has a similar GT350 style hood but featuring massive hood vents. With all that power under the hood, you’ve gotta keep it cool somehow, right? 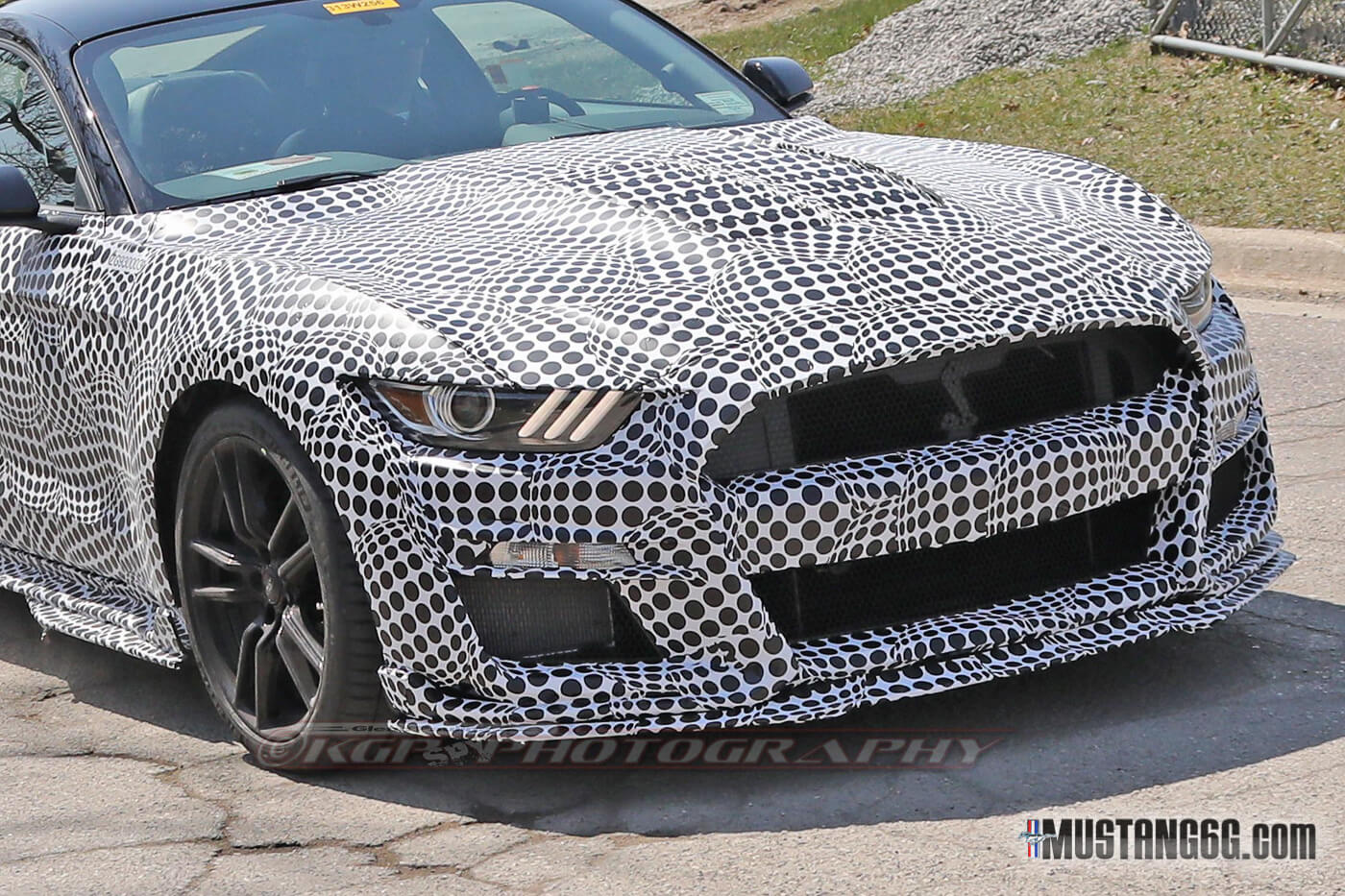 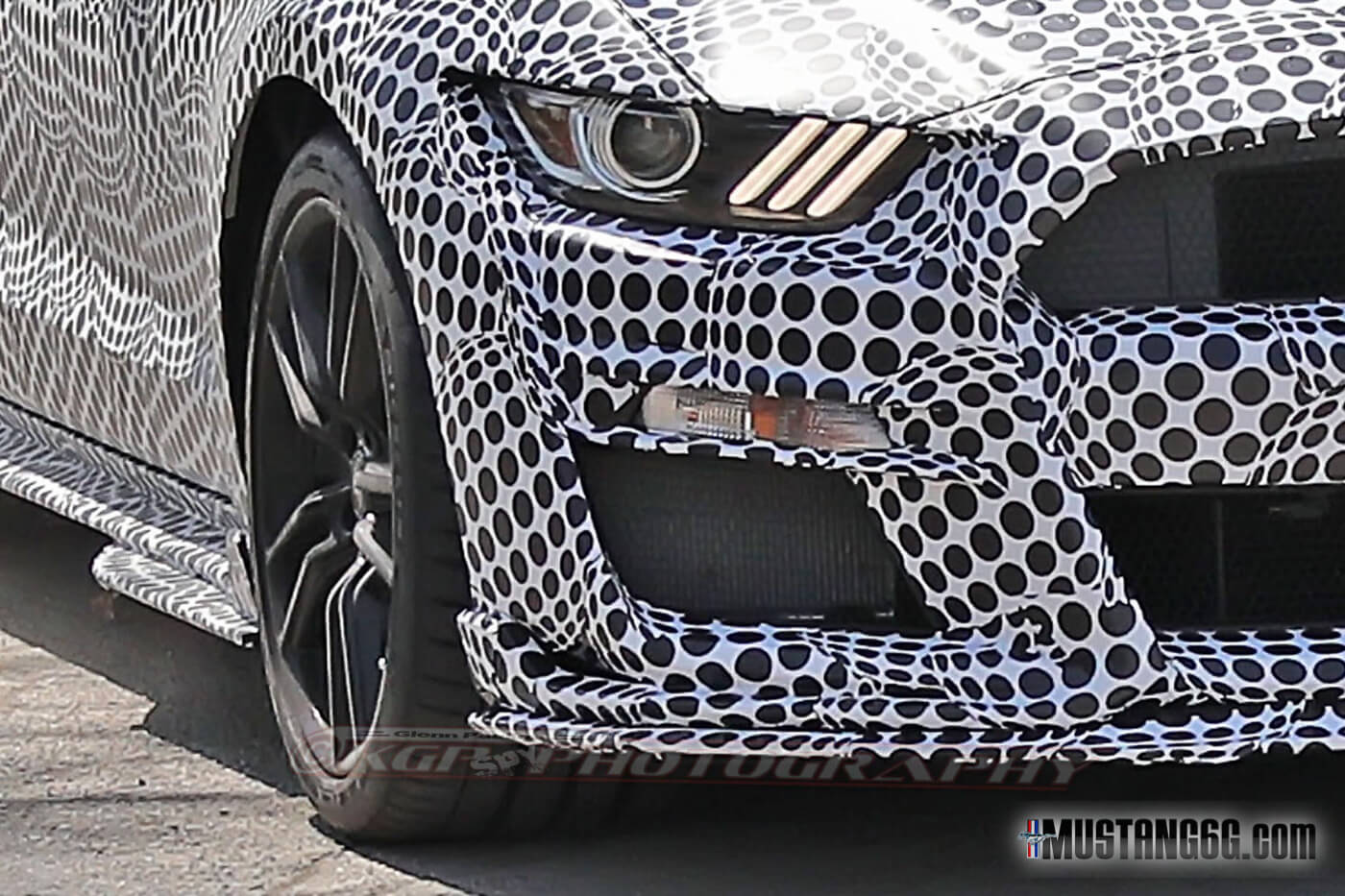 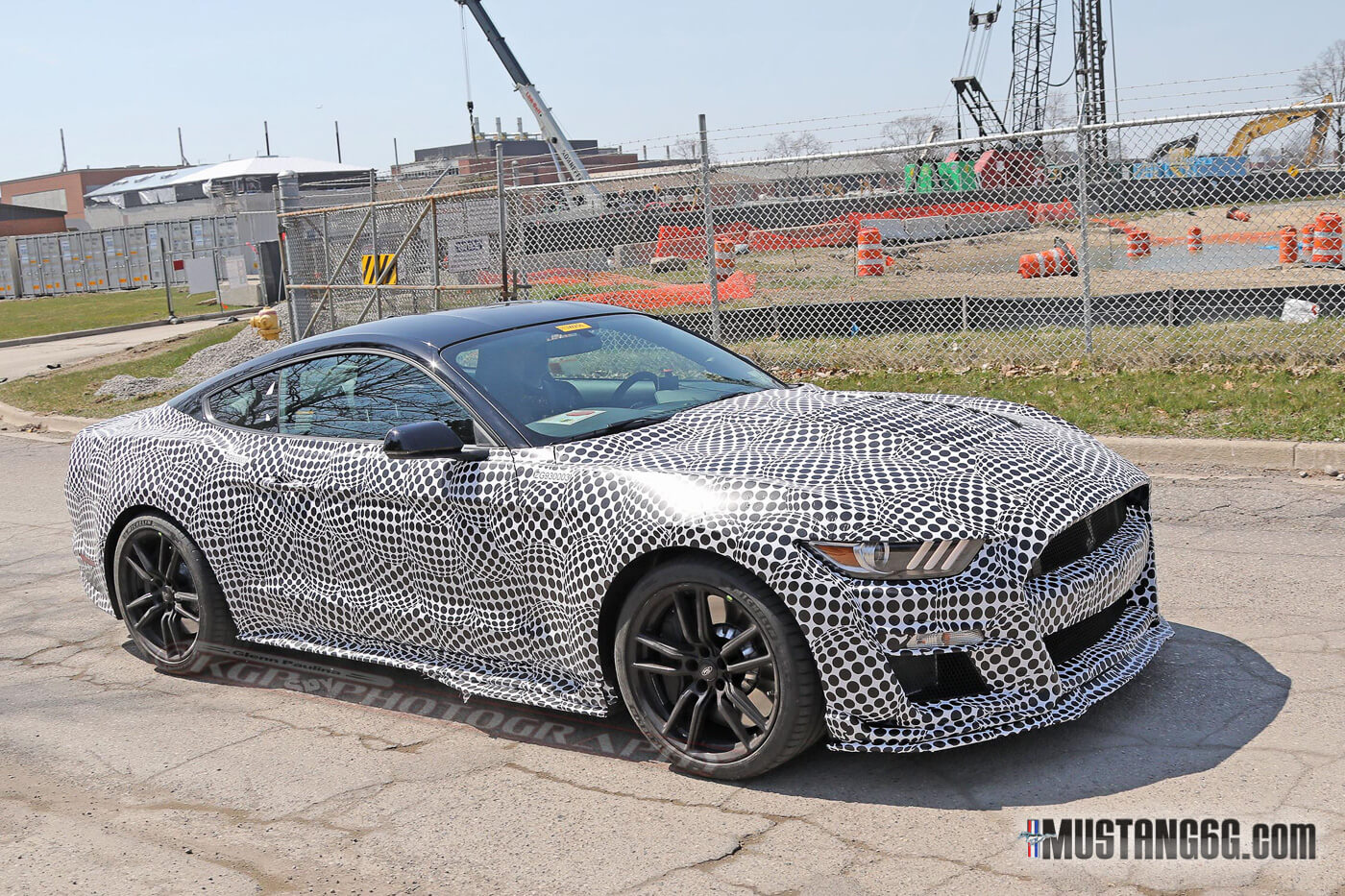 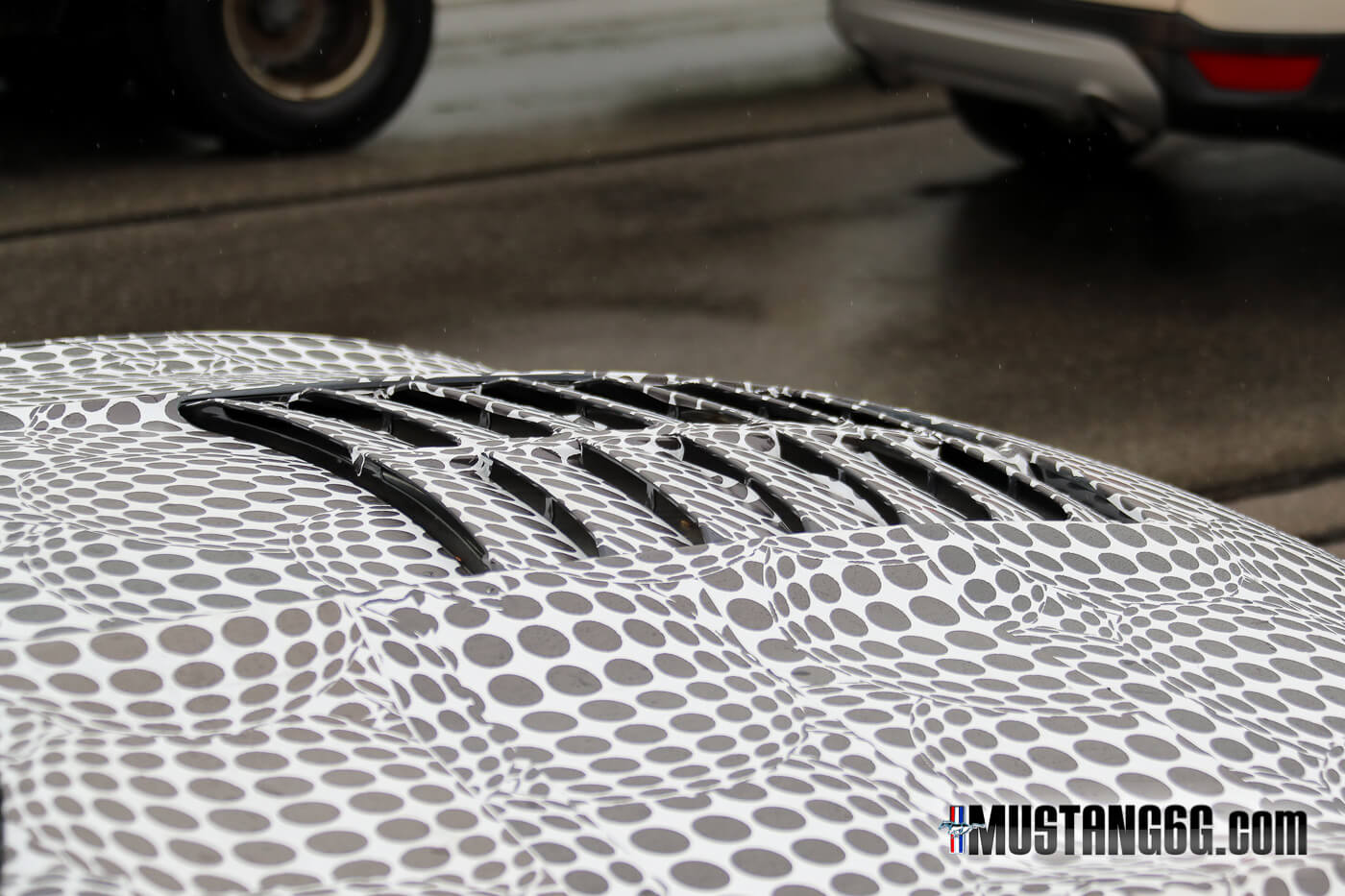 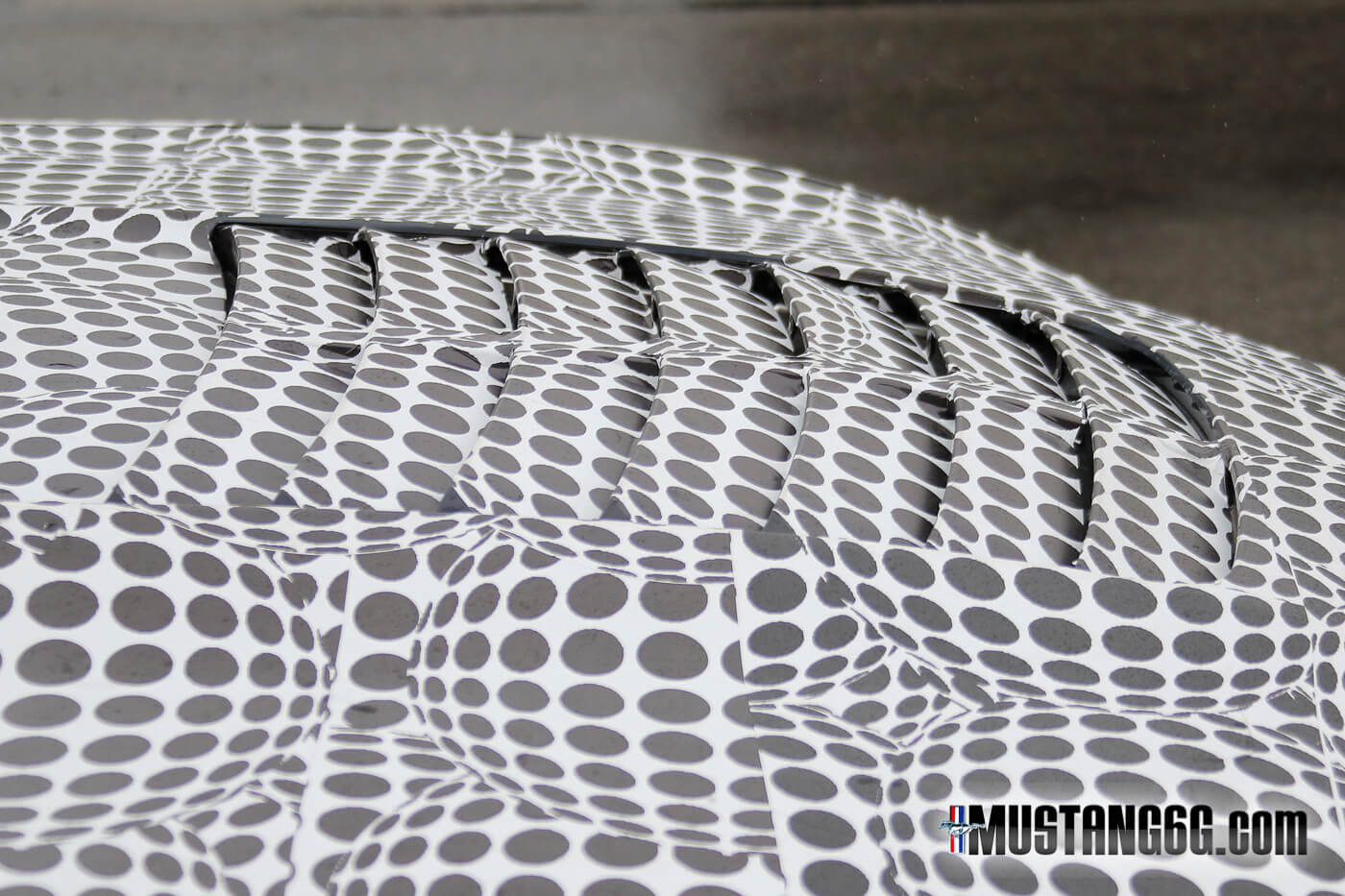 The wheels look like a classic split five spoke design wrapped in Michelin rubber. The front calipers are nothing fancy, just your typical 6-piston Brembo that comes on the Performance Package Mustang GT. The rear caliper setup is different from previous models though. It looks like we have a two caliper setup on the rear rotor. We have seen this setup on Tesla’s before and this very well could mean there is an electronic e-brake on the GT500. Don’t quote us on that, it’s just an observation. 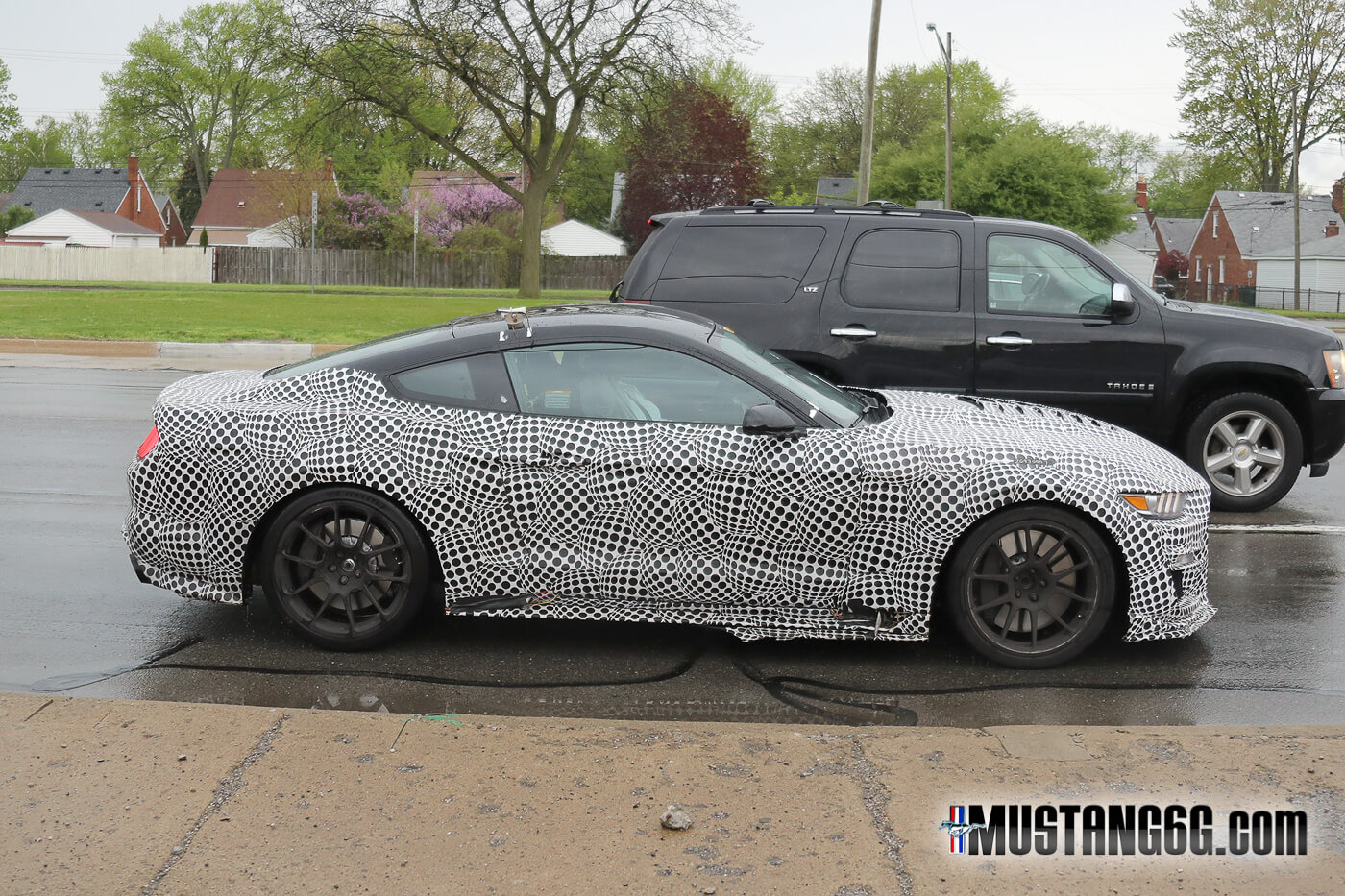 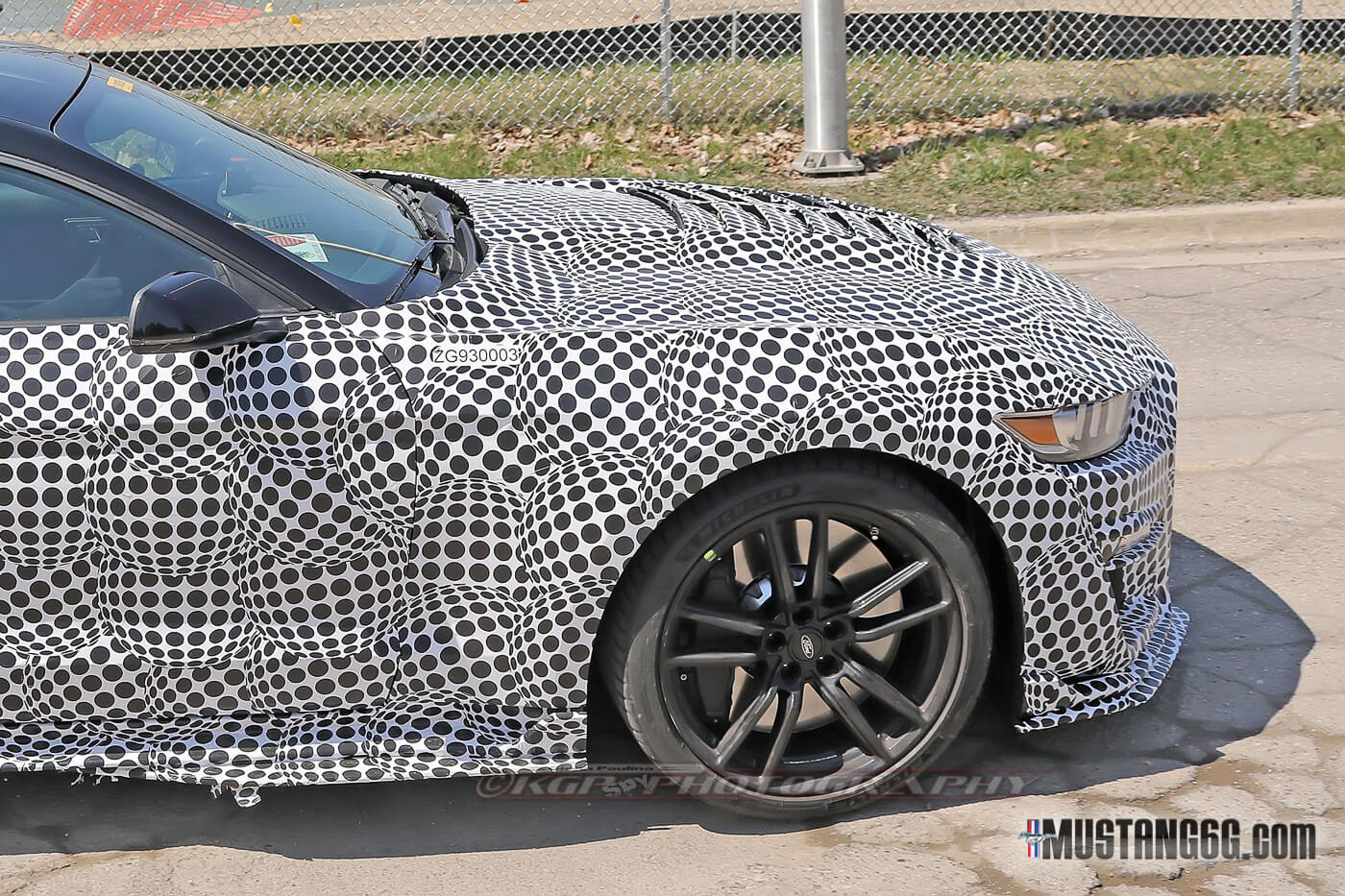 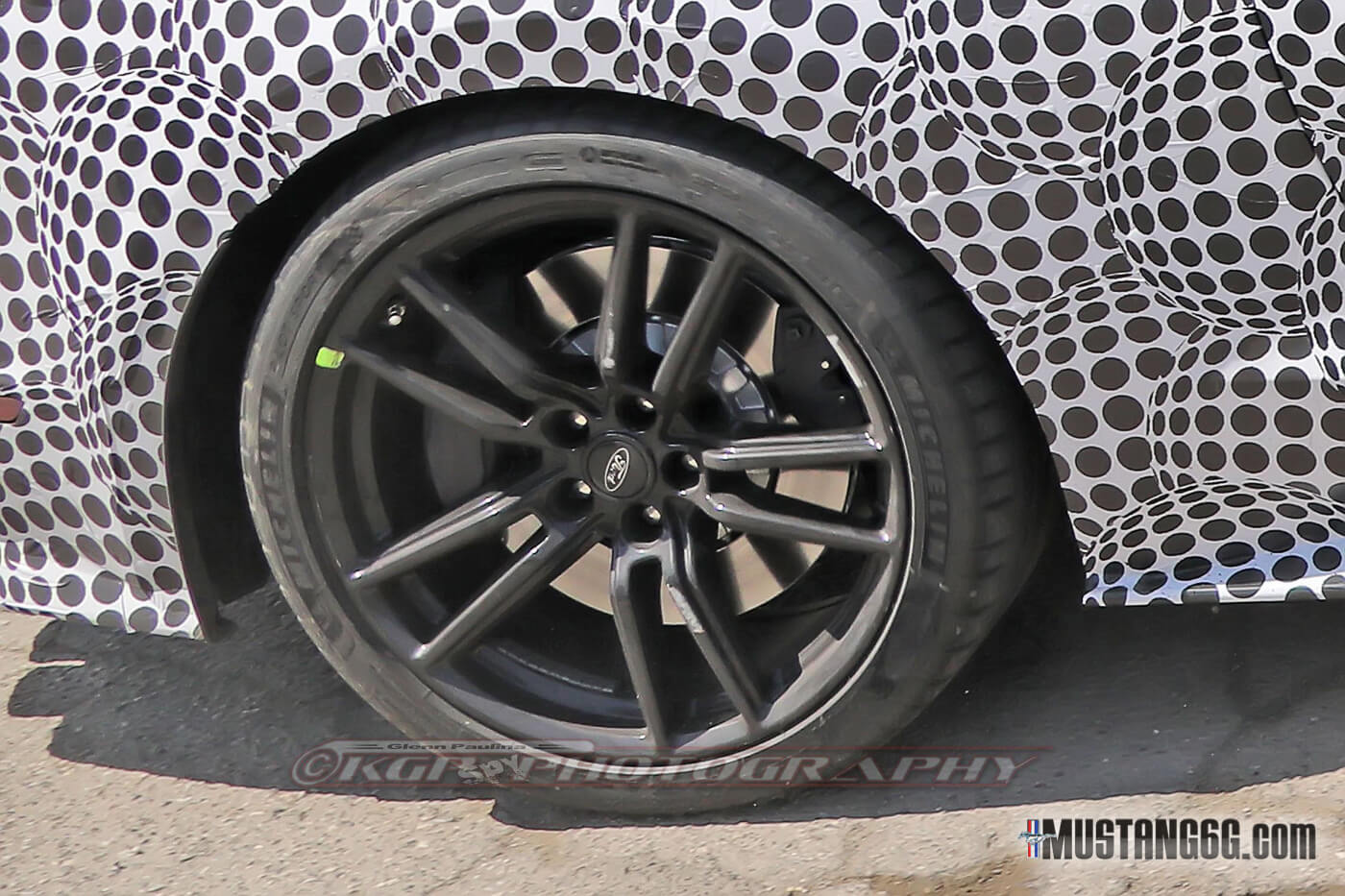 Rear diffuser, aero and those TIPS!

The first thing we noticed on the rear end of the GT500 are those TIPS! A massive quad tip exhaust setup is tucked nicely underneath a slightly we designed GT350 style rear diffuser. We are curious to see if there will be a larger spoiler option available like we have seen on some of the spy photos released earlier this year.

It looks like the Shelby GT350 side skirts have carried over also but with a unique “winglet” added for aerodynamic purposes.  One other small thing we noticed is the ’15 – ’17 headlights up front and ’18 tail lights in the back. 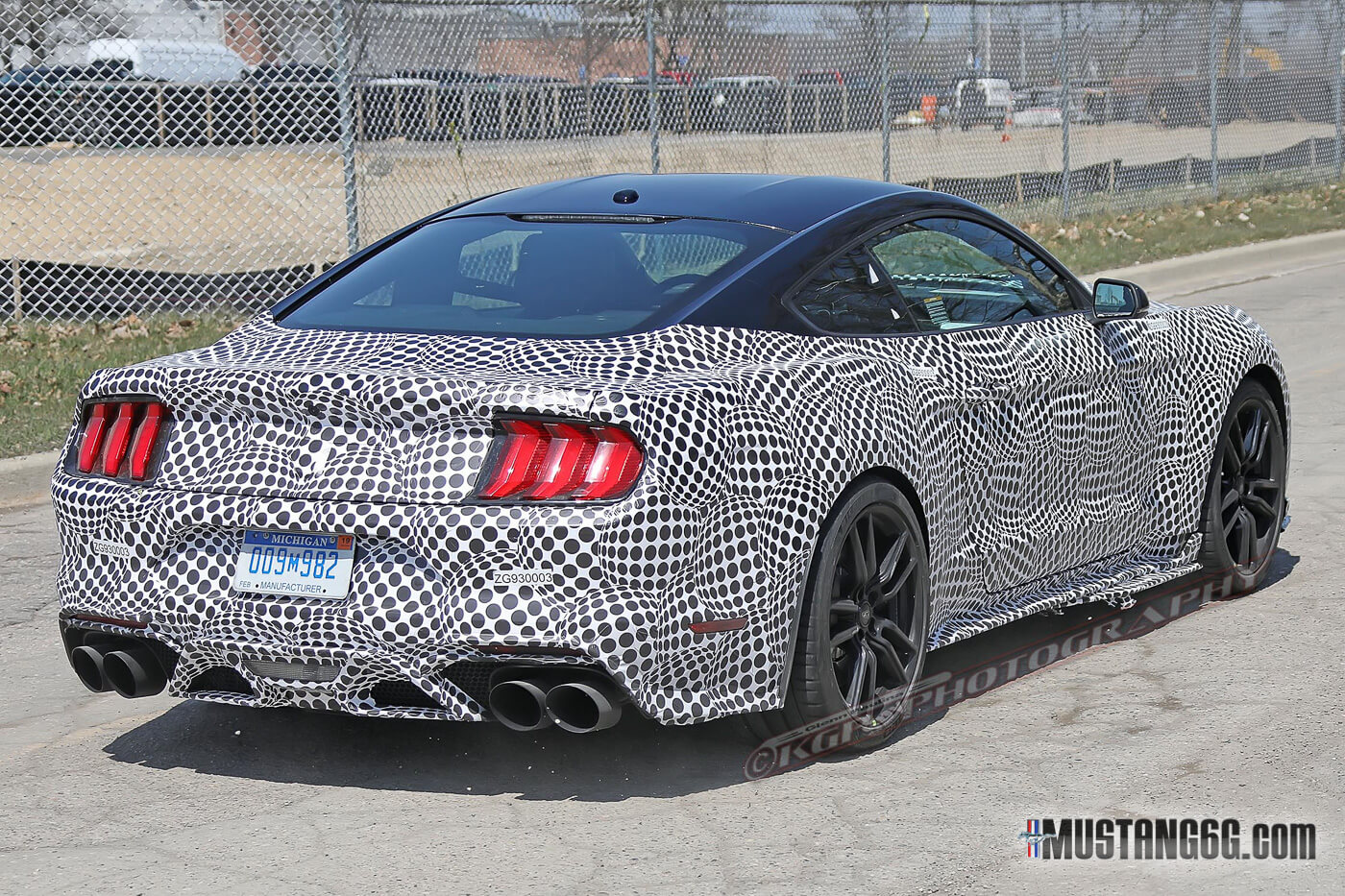 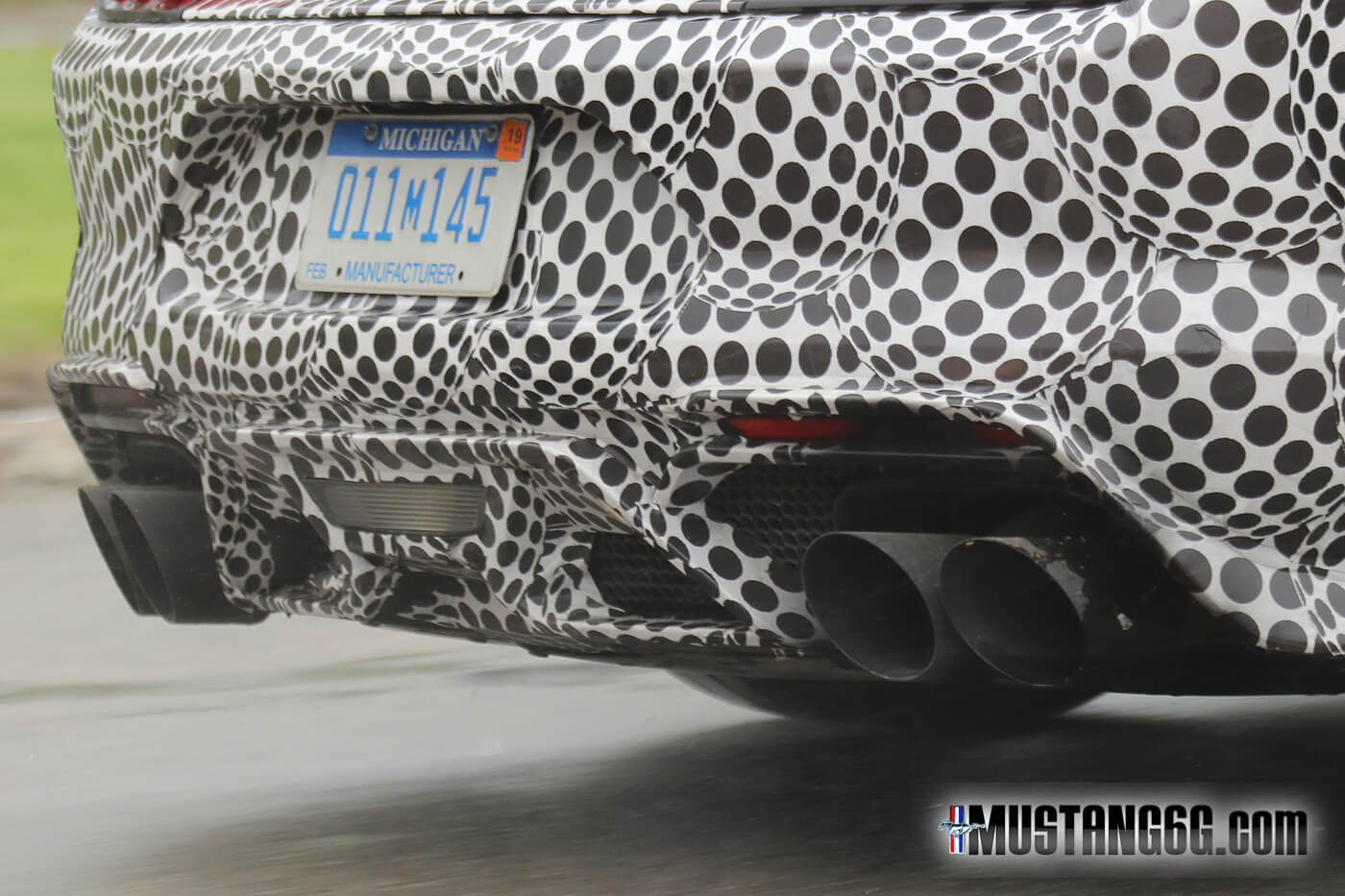 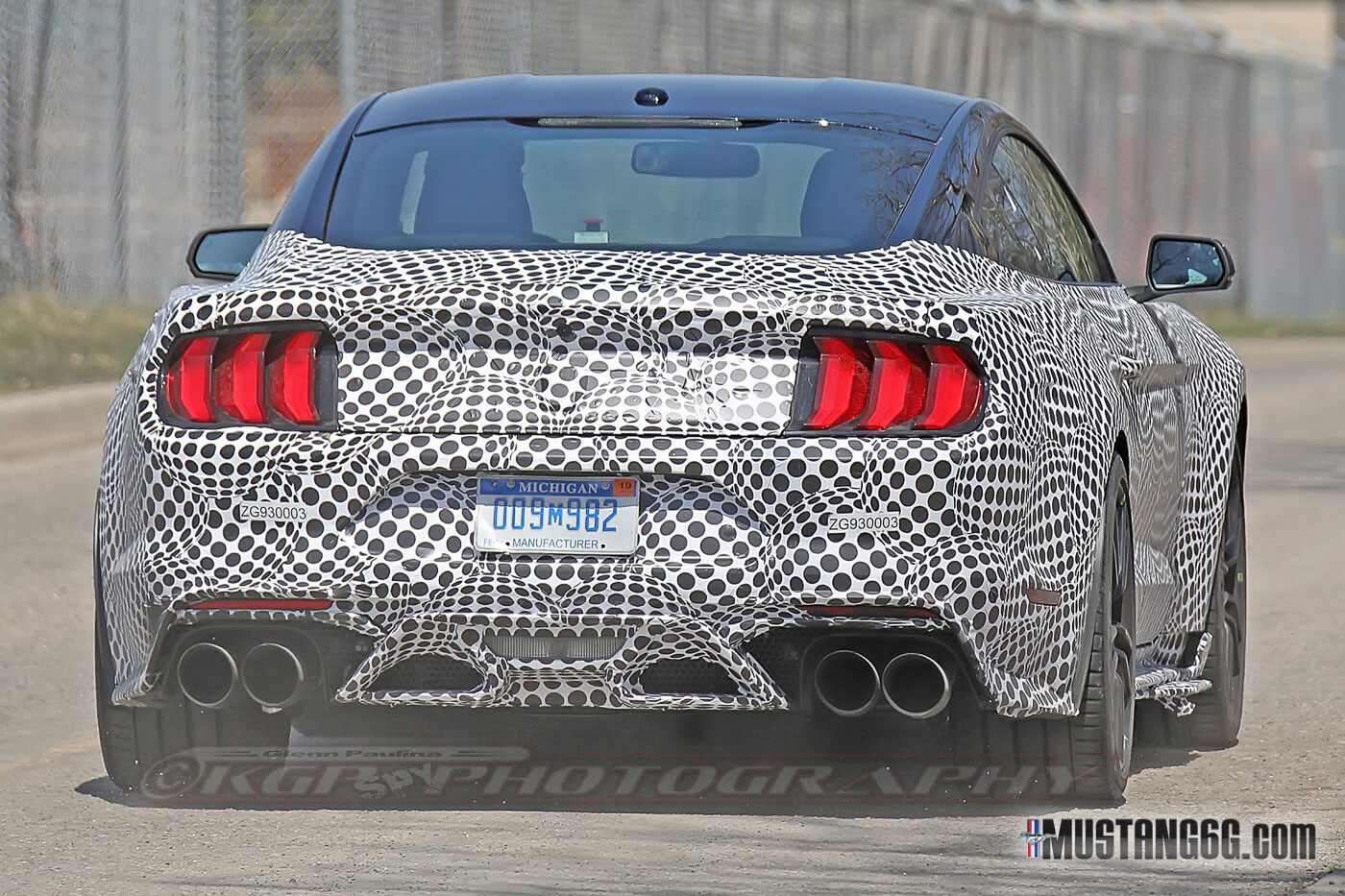 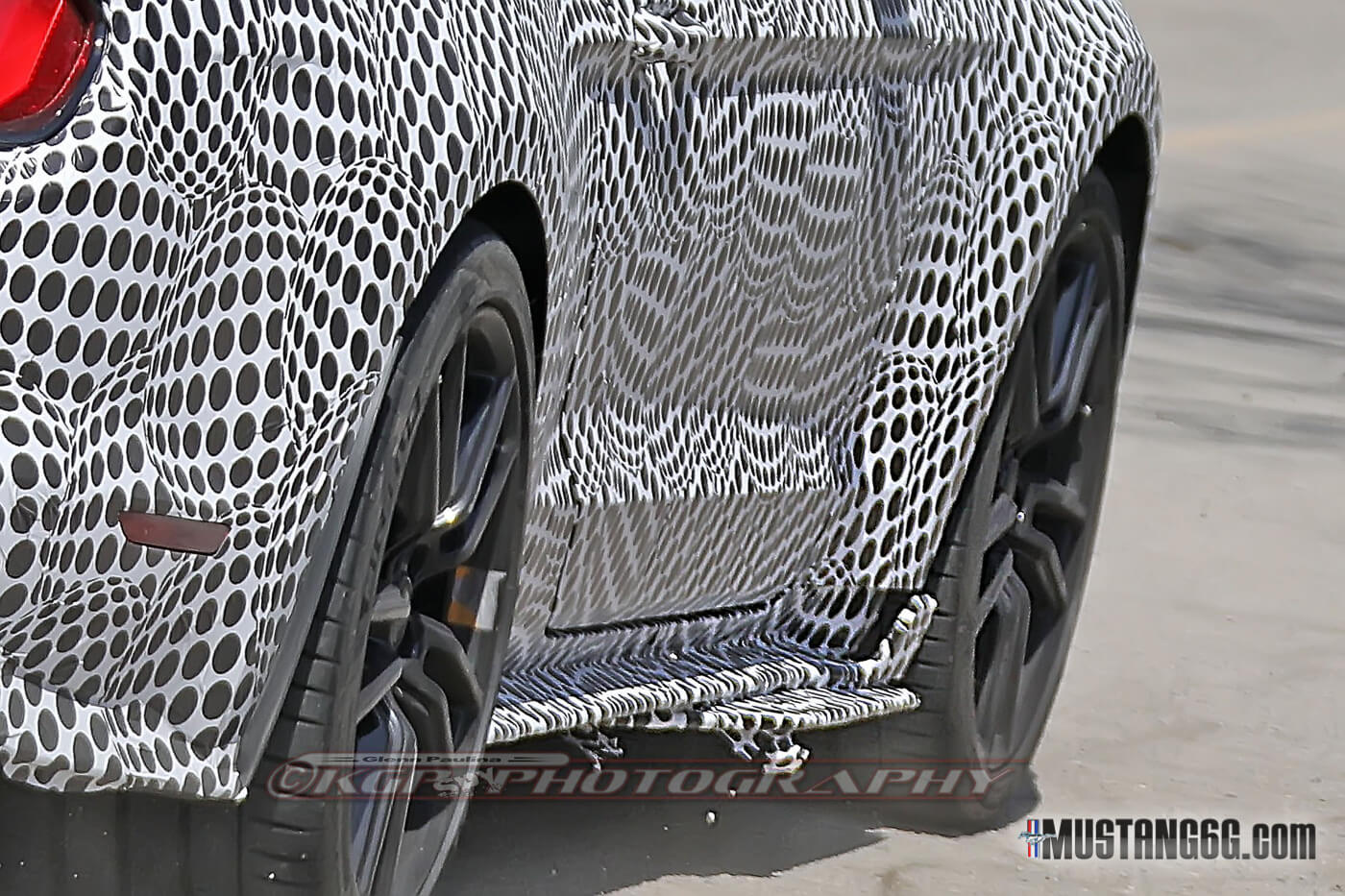