Ford Mustang innovations and achievements through the decade (2010-2019)

In 2010, the S197 chassis received a beautifully redesigned exterior, while still using the old powertrain. At the time, the two engine options were a SOHC 4.0L V6 or SOHC 4.6L V8, mated to a 5-speed manual or automatic transmission. A few other updates included:

There is a way to differentiate the V6 models also. But for the V6’s you need to look at the rear diffuser or pop the hood. Base models in 2010, had a single exhaust outlet while 2011+ base models were all dual exhaust.

Grabber Blue graces the Mustang chassis for the first time since the 70’s!

2010 took the S197 to a whole new level. Ford and the Mustang team really trimmed the fat off the Mustang and created a more redefined chassis.

The 5.0L engine makes a return in 2011. The last time a 5.0L engine was found tucked under the hood of a Mustang was in 1995. The Generation 1 Coyote engine produced 412HP and 390TQ. Another notable feature that debuted on the new Coyote engine was Variable Cam Timing (Ti-VCT). This allowed the exhaust and intake cams to independetly adjust timing.

All Mustangs received new 6-speed powertrains. Manual Mustangs were equipped with the 6-speed GETRAG MT-82 and automatics had the 6R80 transmission.

Shelby GT500 received an aluminum 5.4L, supcercharged, V8 engine and utilized plasma transferred wire arc coatings on the cylinder bores to add strength to the block. Horsepower was bumped from 54oHP to 550HP.

Mustang GT/CS (California Special) is available as a trim option. The last time it was available was 2009. 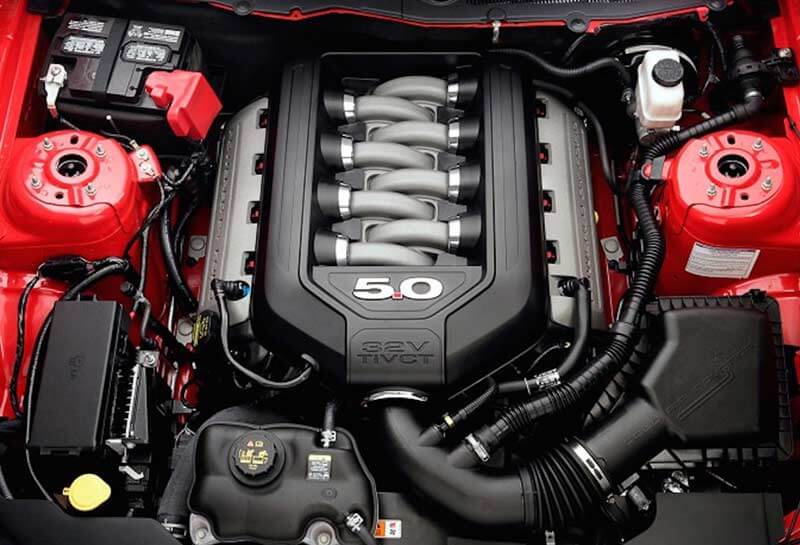 The Boss 302 and Boss 302 Laguna Seca were available to order in 2012. Boss 302 Mustangs were an option between a Base Mustang GT and the Shelby GT500. Boss’ were equipped with the 5.0L “Roadrunner” V8 engine which included a Boss 302 intake manifold, available track key option, higher rev limiter of 7,400 rpm, track oriented suspension and a unique exhaust system with side pipes! Boss 302 Mustangs produced 444HP and 380TQ.

S197 gets a re-design. New headlights, taillights, front fascia and rear fascia give the Mustang a new aggressive look.

Mustang GT borrows some performance components from the Boss 302 when owners chose the GT Track Package. Owners received the same TORSEN differential as the Boss 302, plus upgraded radiator, engine oil cooler and everything in the available Brembo Brake Package including 14″ front rotors and unique 19″ dark stainless-painted aluminum wheels.

Recaro Seats were an available option on the Base V6 and Mustang GT.

Deep Impact Blue and Gotta Have It Green are new color options.

2014 marked the end of the S197 chassis which ushered in an entirely new Mustang platform, the S550. There were no major changes to the chassis itself but Mustang did make a few apperances on the big screen during this time. Need for Speed’s hero car was a custom 2014 Mustang GT. At the end of Need for Speed, a Race Red 2015 Mustang made an apperance to tease all of the Mustang fans before it’s official release. Another feature film was John Wick. John Wick drove a 1969 Mach 1.

The 50th anniversary of the Ford Mustang was celebrated on April 17th, 2014. 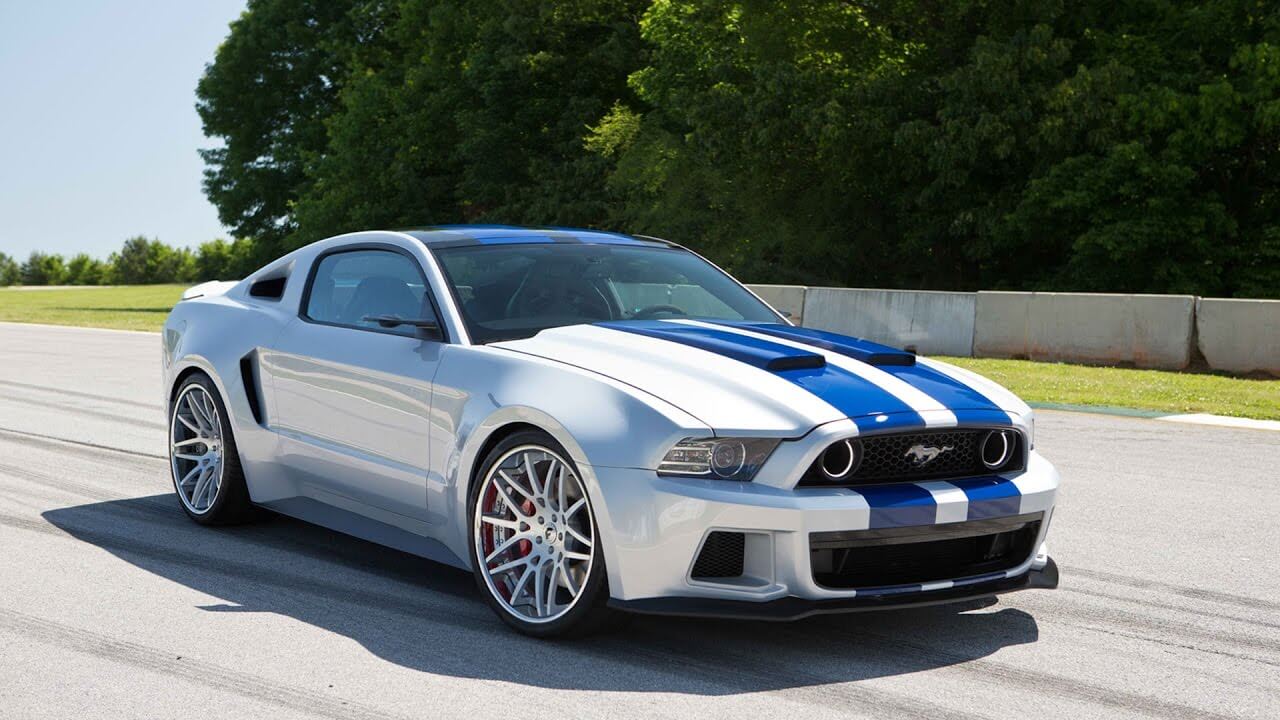 2015 was a huge year for the Mustang. The S550 chassis is the first Mustang to be sold around the world. It is a completely redesigned exterior and interior. In my opinion, the most refined Mustang to date! With the announcment of the new body design, there were also some new models available such as the GT350 and GT350R. There was a lot happening this year so I’ll touch base on a few of them.

Wimbledon White is an available color option on the limited 50th Anniversary Edition models. Only 1,964 were produced.

Line lock is a standard feature on all 2015 Mustangs.

A 2.3L EcoBoost engine is added into the Mustang powertrain options.

The 5.0L Coyote motor gets some revisions and is referred to as the Generation 2 Coyote.

Competition Orange makes a comeback. The last time it appeared on a Mustang was in 2003 on the SVT Cobra.

Mustang GT convertibles can be optioned with the Performance Package.

Black Accent Package availble as an option, this was last seen on the Boss 302.

Mustangs equipped with the Premium Package come with SYNC 3.

The 3.7L V6 had a six year lifespan and it was eventually replaced with the smaller displacement 2.3L EcoBoost engine. 2017, was the last year you could select the V6 engine in a Mustang. One quick way to tell the difference between a EcoBoost equipped Mustang and a V6 equipped Mustang is the rear decklid badge. All EcoBoost Mustangs have the running pony and V6 Mustangs and the runny pony w/ tri-bar badge.

2019 Bullitt is leaked before official release. Some sketches of the Bullitt appeared in an official Ford promo video with Dwayne Johnson.

Images of the Bullitt surfaced on social media from a promotional photoshoot.

A camo’d out “Shelby GT350” is spotted with a large bulge on the hood. Mustang enthusiasts specualate about an upcoming GT500.

Just like the S197 re-design, the S550 re-design happened 3 short years after its initial introduction. The re-design includes a host of changes including more aggressive styling cues. The headlights and taillights are angular and more aggressive. A re-designed front / rear bumper gives the S550 Mustang a sleeker look. The hood has also been shortened.

Generation 3 of the 5.0L Coyote engine is placed inside 2018 Mustang GT models which includes direct and port fuel injection.

The 10 millionth Ford Mustang was produced on August 8th, 2018. It was a special Wimbledon White Mustang GT Convertible.

Bullitt ‘558 makes an appeareance during the official reveal of the 2019 Bullitt. 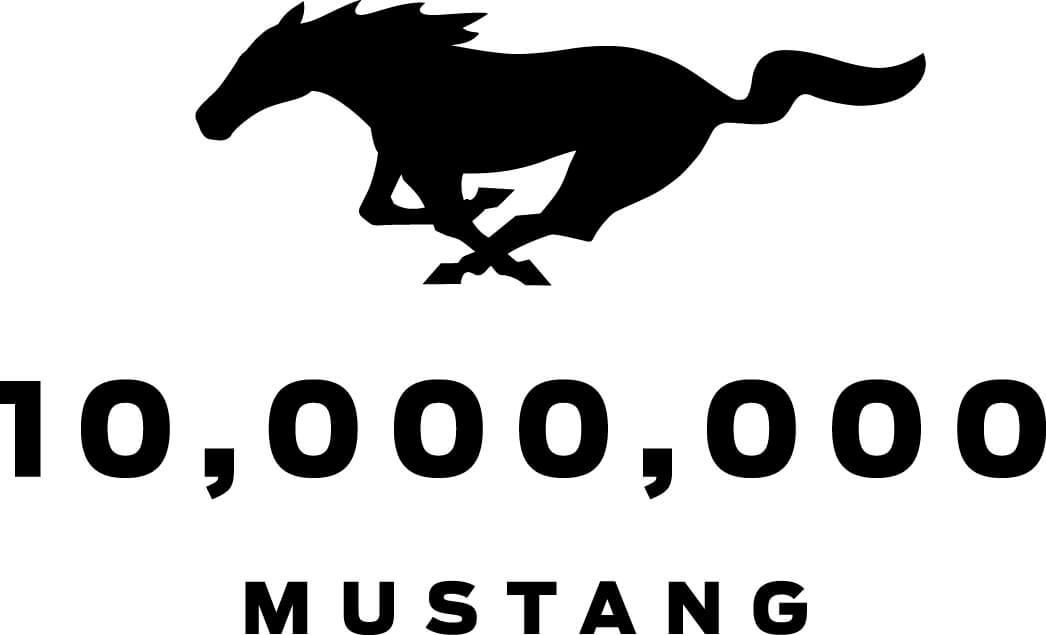 The Mustang turned 55 in 2019! As always, National Mustang Day is celebrated on April 17th of each year. The Mustang Owner’s Museum hosted a 55th Anniversary Event at Charlotte Motor Speedway. The fastest and quite possibly the quietest Mustang was released in 2019. Shelby GT500 and Mustang Mach E were officially released during this time.

’20 Shelby GT500 is one of the first Ford production vehicles to have a 3D printed part assembled on the vehicle during production.

Mustang Mach E is an all electric 4-door vehicle that wears the Mustang badge.

The Shelby GT350 and GT350R get refined with new tech, mechanics and exterior styling.