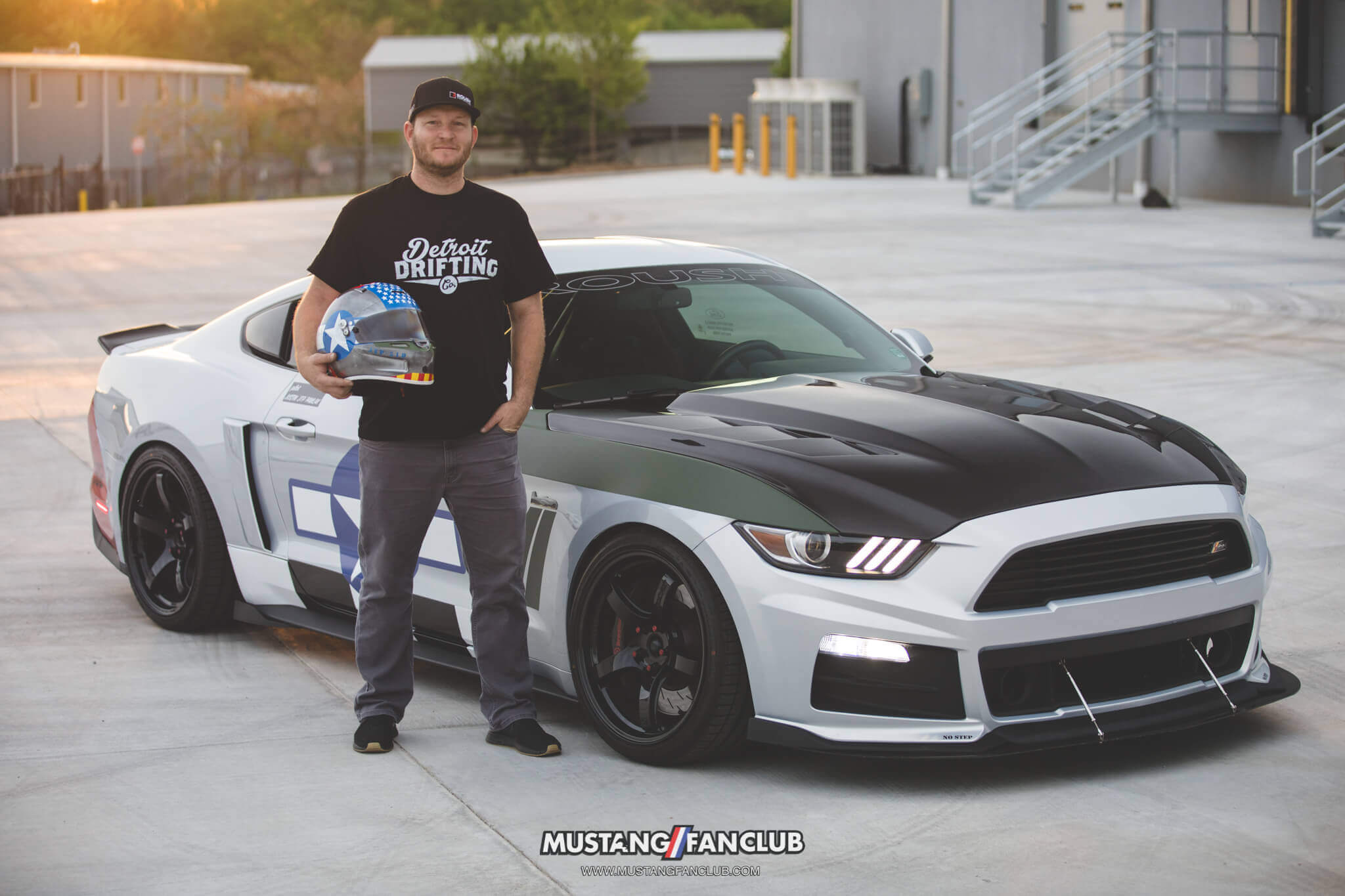 The ROUSH P-51 is a culmination of Jack Roush’s personal passion for both aviation and performance Mustangs. The P-51 Mustang is a celebration of these two passions.

North America’s P-51 Mustang was a fighter plane created during WWII. The P-51 Mustang Fighter was a feat of engineering at the time of its inception. The Mustangs advanced aerodynamics and fuel-efficient V-12 engine put the fighter planes a notch above the competition.

The introduction of ROUSH Performance’s first P-51 Mustang (2008 model year) showcased an advancement in supercharger technology. The new M90 ROUSH supercharger would boost engine performance with great durability and reliability. Since 2008, three versions have been created. I want to briefly tell you about all three versions of the P-51 Mustang.

The 2008 ROUSH P-51A Mustang was the first of the series. At the time of its release, it was the most powerful Mustang ROUSH Performance has ever produced. This was also the first time ROUSH technicians upgraded the internal components of any Mustang engine. The factory 4.6L engine produced 300hp. After the P-51A Mustang, received all of the ROUSH components, it cranked out a ground pounding 510hp! ROUSH produced only 151 P-51A units in 2009. 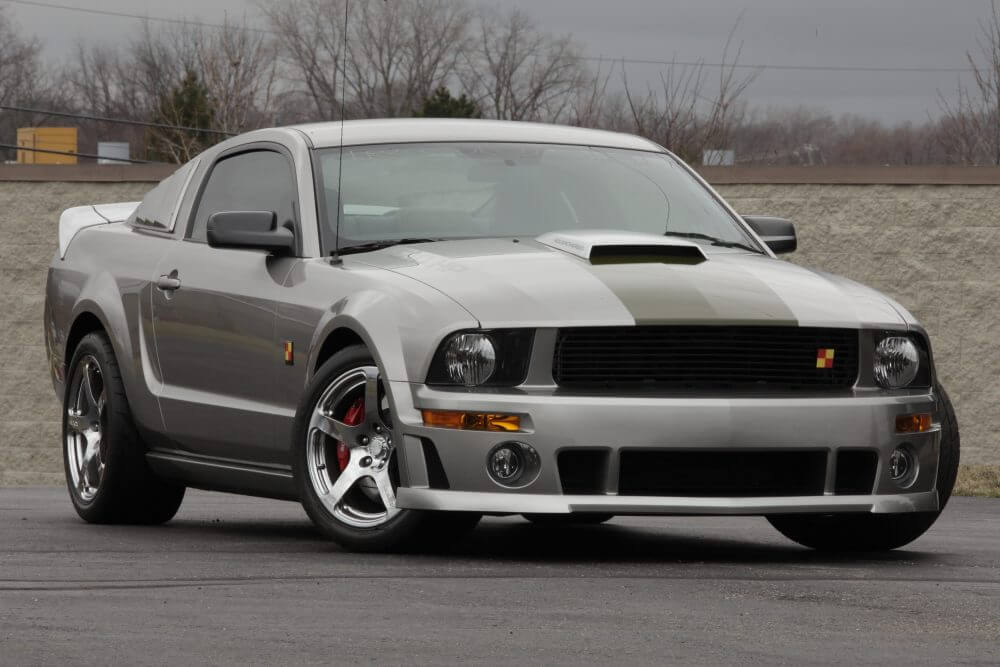 For 2009, ROUSH Performance continued production of the P-51 Mustangs but it would be called the P-51B Mustang. P-51B Mustangs got the same treatment the previous year models received. Only 51 units were produced in 2009. 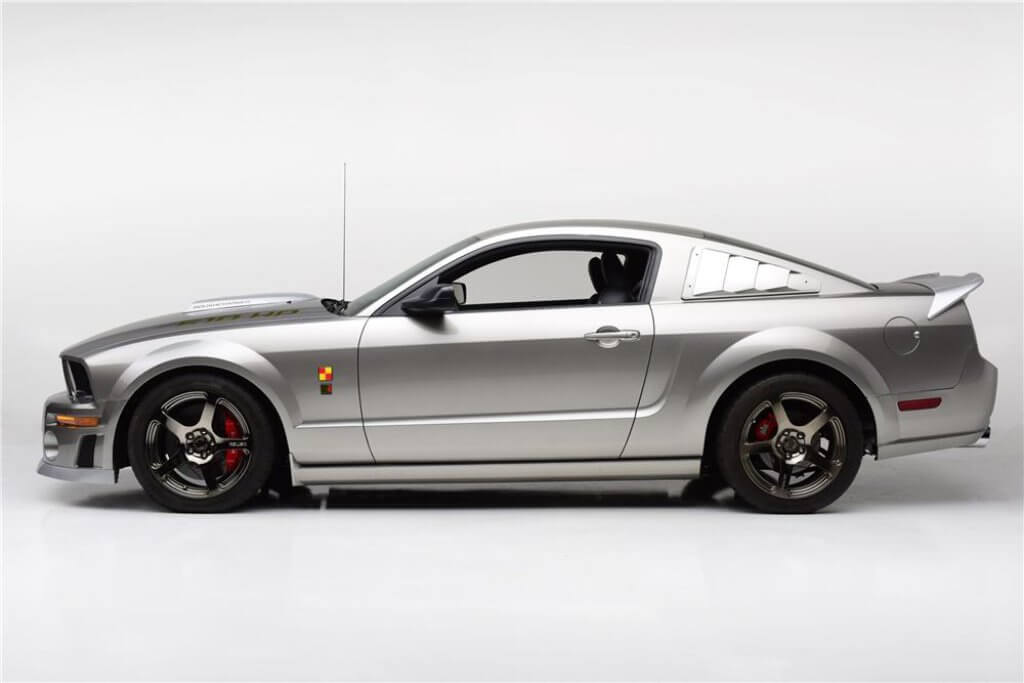 2017 marks the most recent version of the P-51 Mustang and the fastest. This beautiful piece of automotive machinery produces 727hp thanks to the 5.0L Coyote engine and a ROUSH 2300 TVS supercharger. A manual or automatic transmission was available. ROUSH produced a limited number of 51 units. The price tag was $42,500 above the cost of a base 2017 Mustang GT. 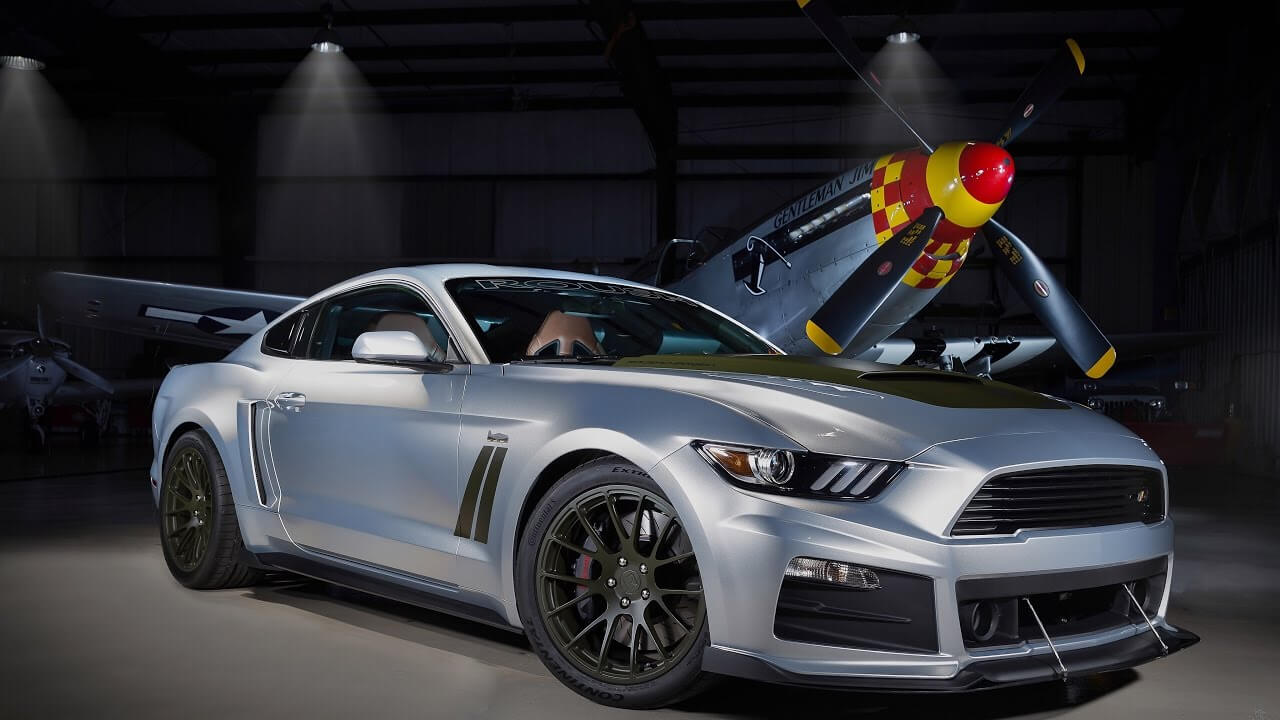 This Mustang started its life as ROUSH Performance’s prototype P-51 Mustang which was debuted at the 2016 SEMA Show in Las Vegas. Justin purchased the prototype P-51 from ROUSH last year with the idea of using this for his demo car during the 2019 season.

After Justin did some research, on the P-51 fighter planes from World War II, the idea of the JTP-51D was born. He wanted to take the already impressive platform to the next level with his own touches. 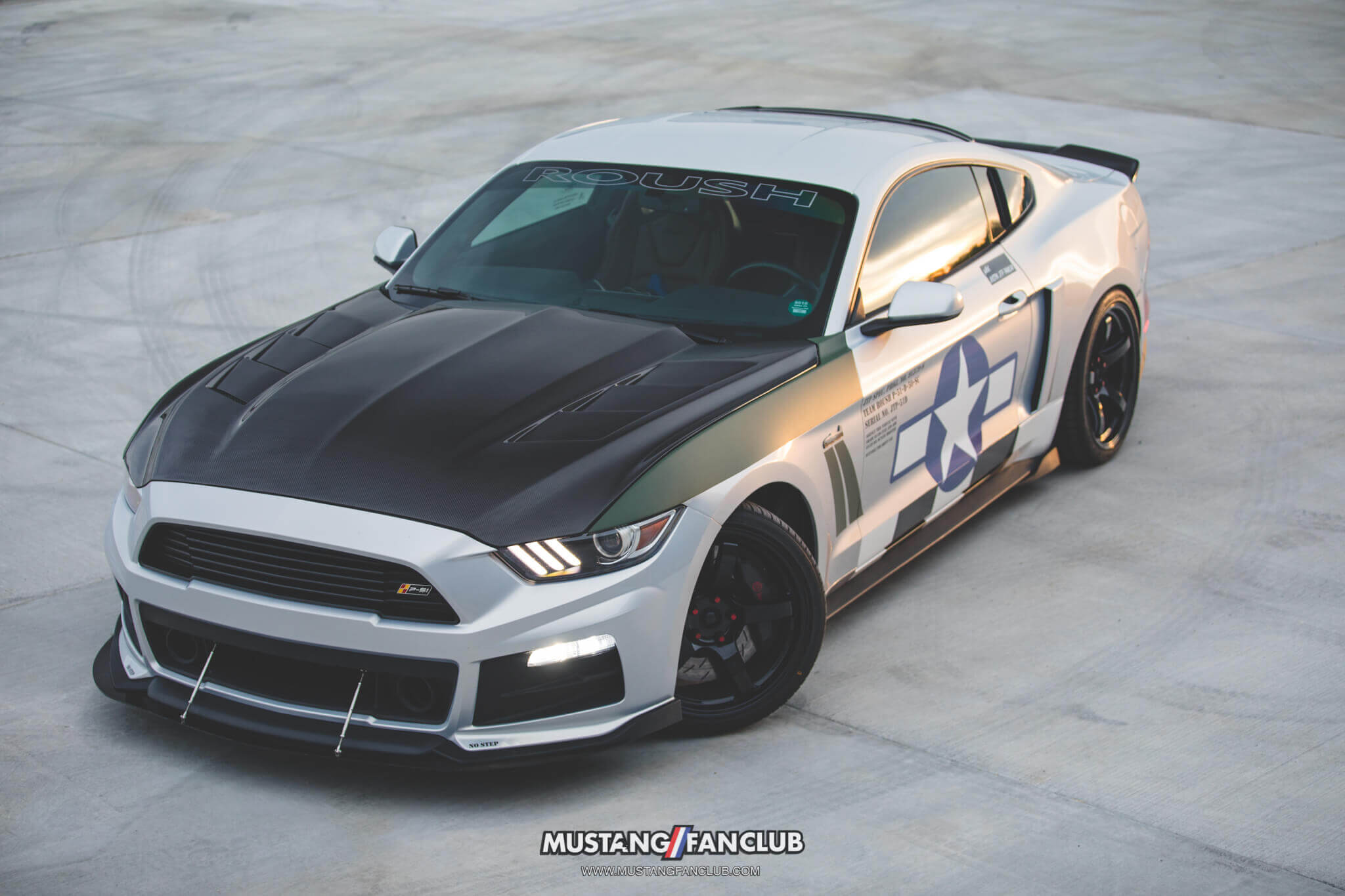 The livery you see on his JTP-51D honors the 363rd fighter squadron. More specifically the 357th fighter group, the Yoxfordboys, to tie in with the two P-51’s fighter planes Jack Roush owns. 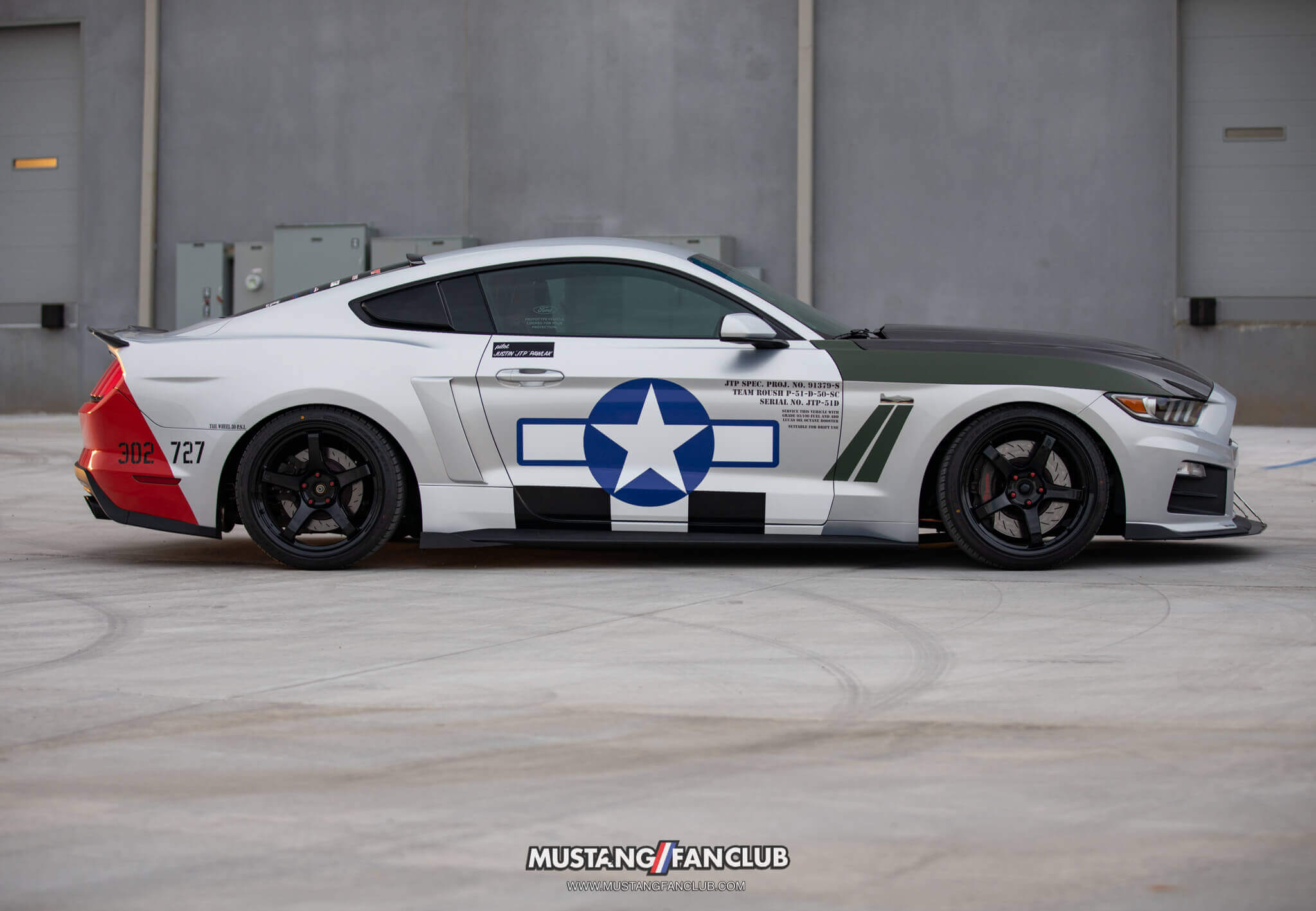 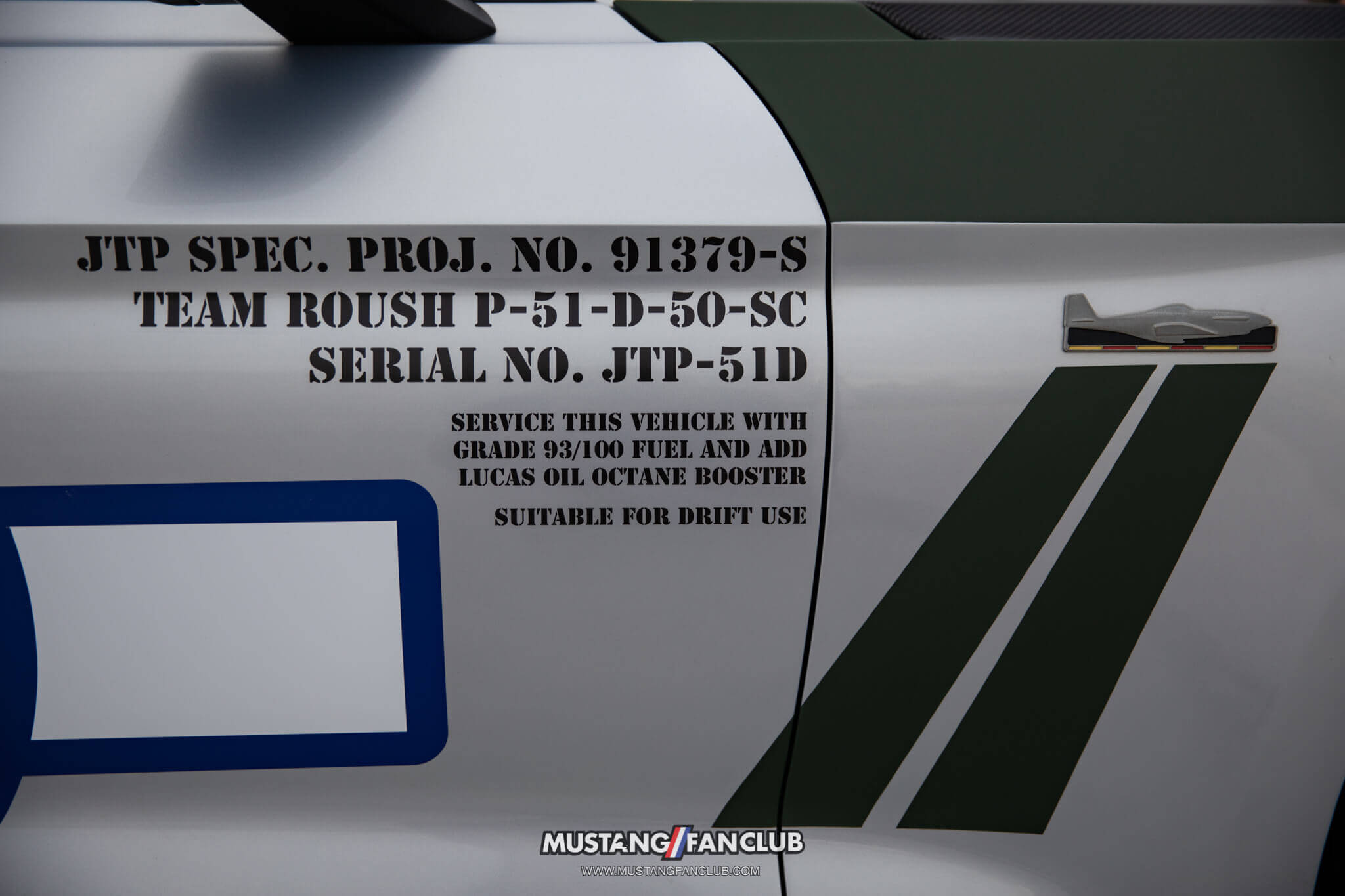 When Justin purchased the ROUSH P-51 Prototype, it already had a carbon fiber front splitter and rear spoiler. Once you have a little carbon fiber, there is always room for more right? JTP decided to add a carbon fiber heat extractor hood from Anderson Composites. This double-sided carbon hood reduces weight and helps extract unwanted heated from the engine bay. 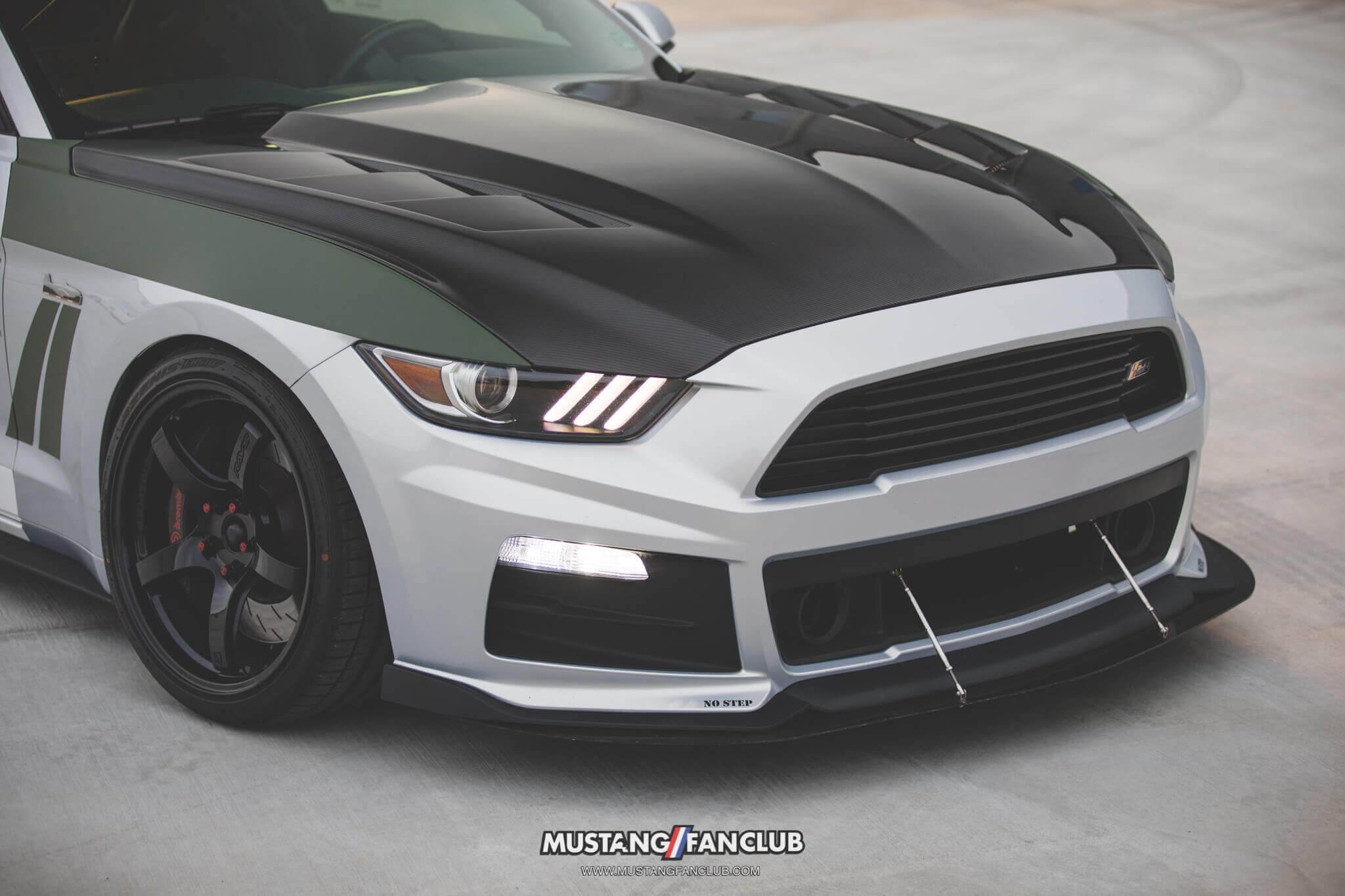 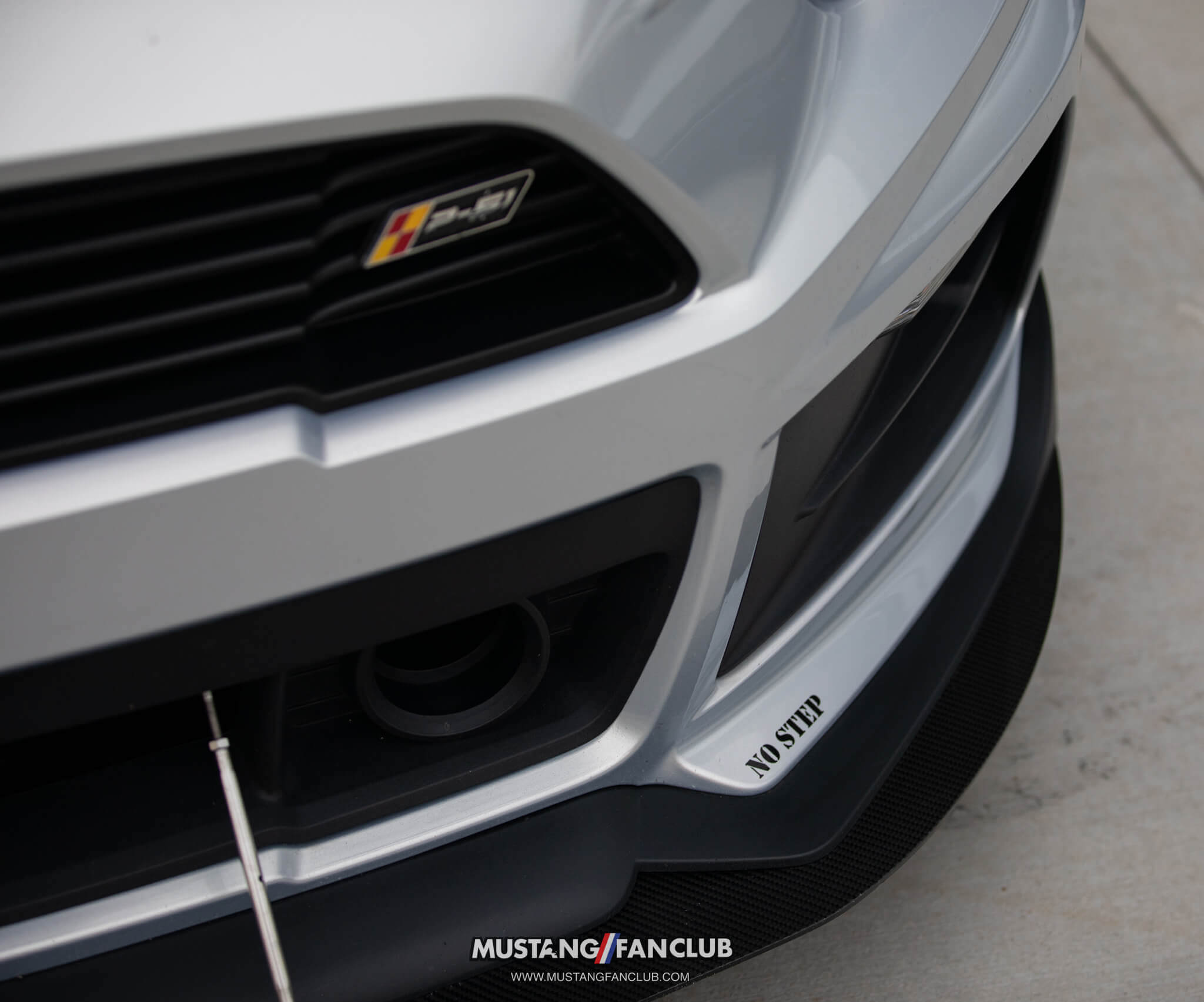 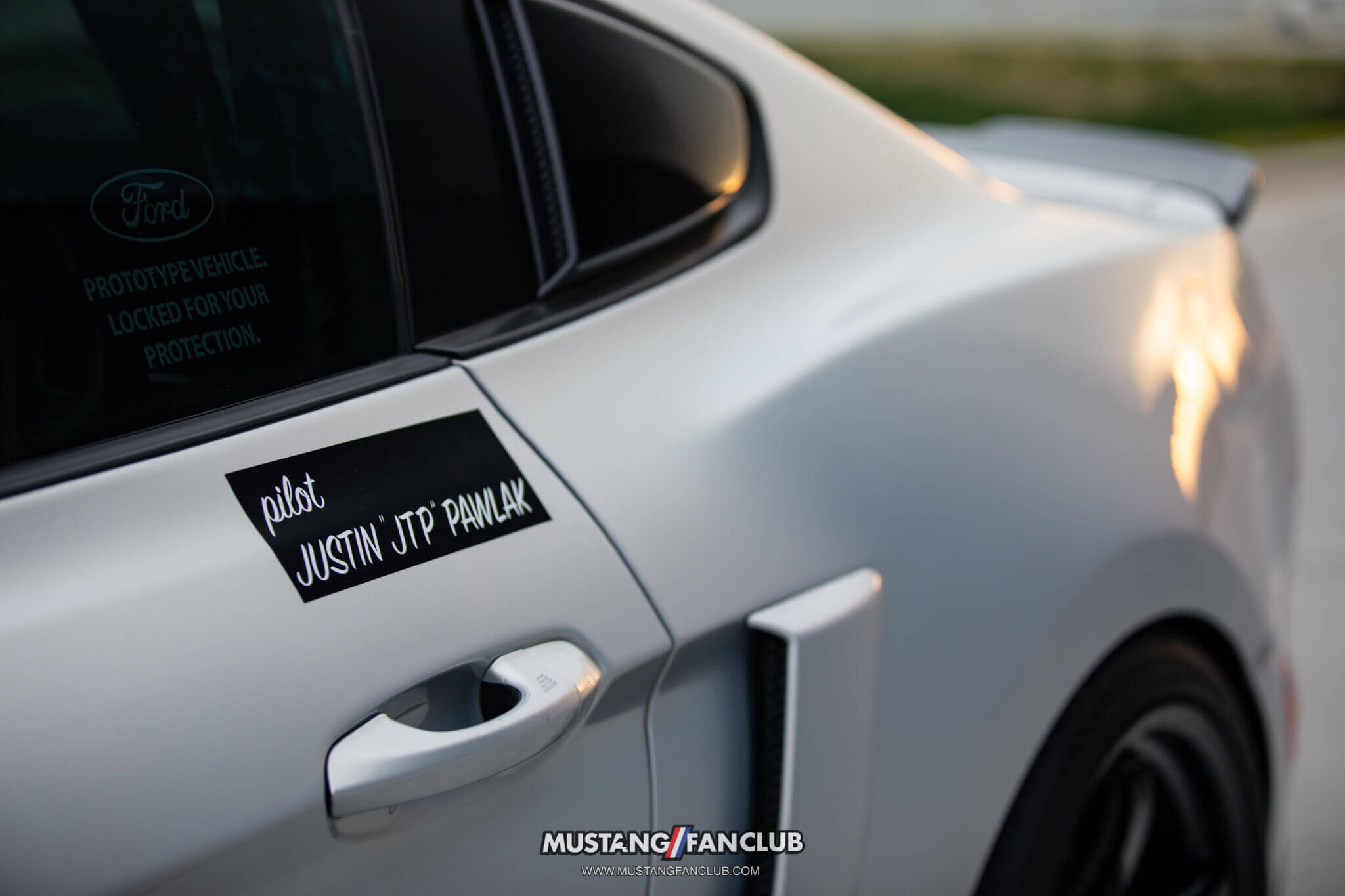 Since this is Justin’s demo car for the year, it’s gotta slide! The suspension that was on the P-51 Mustang when he received it was a set of P-51 prototype coilovers and factory compenents. He replaced the coilovers with a set of KW Variant 3 coils to give it the super aggressive stance #toolowbro. Justin has developed his own Hotline angle kit that is installed on the JTP-51D as well. 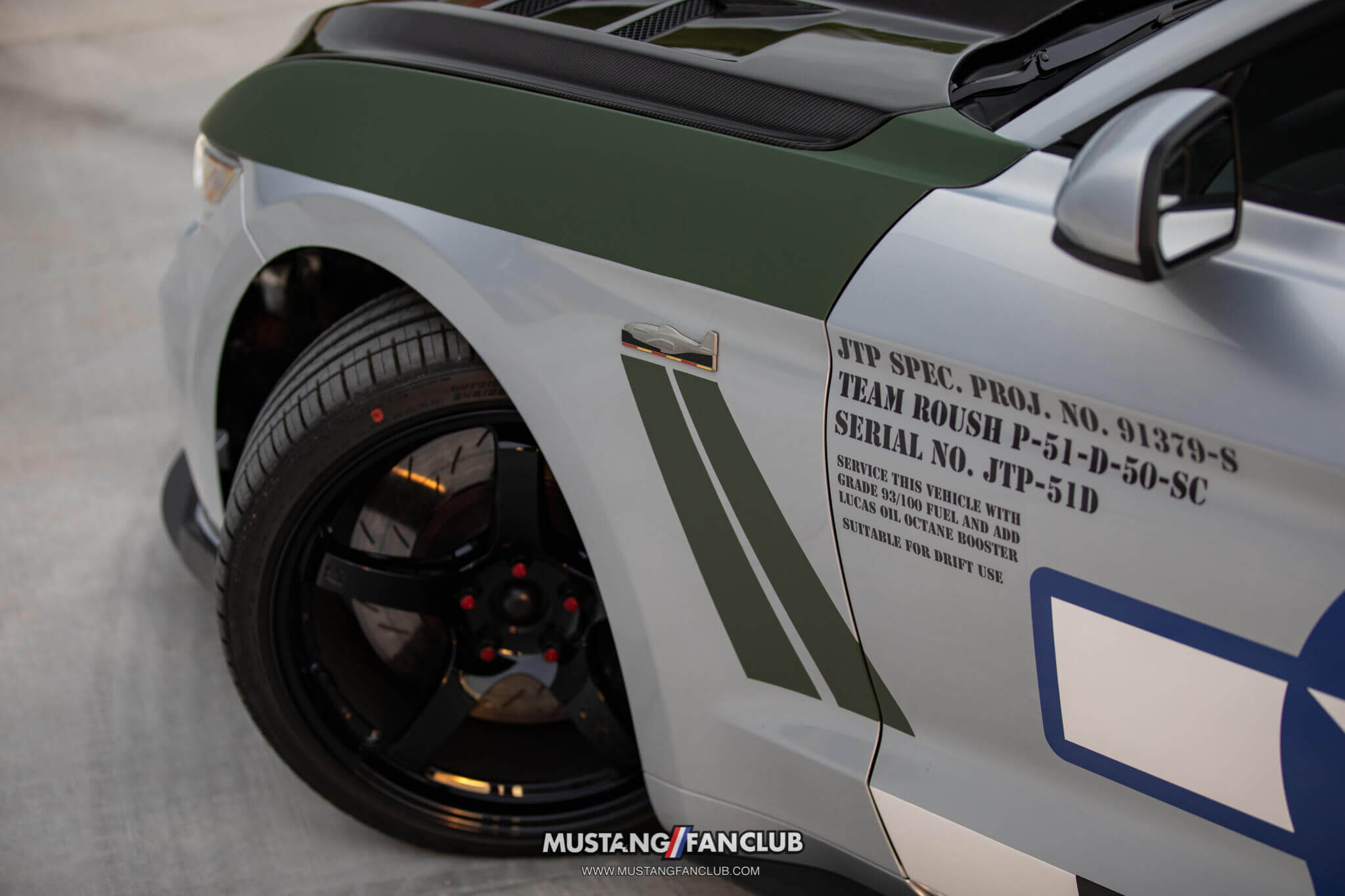 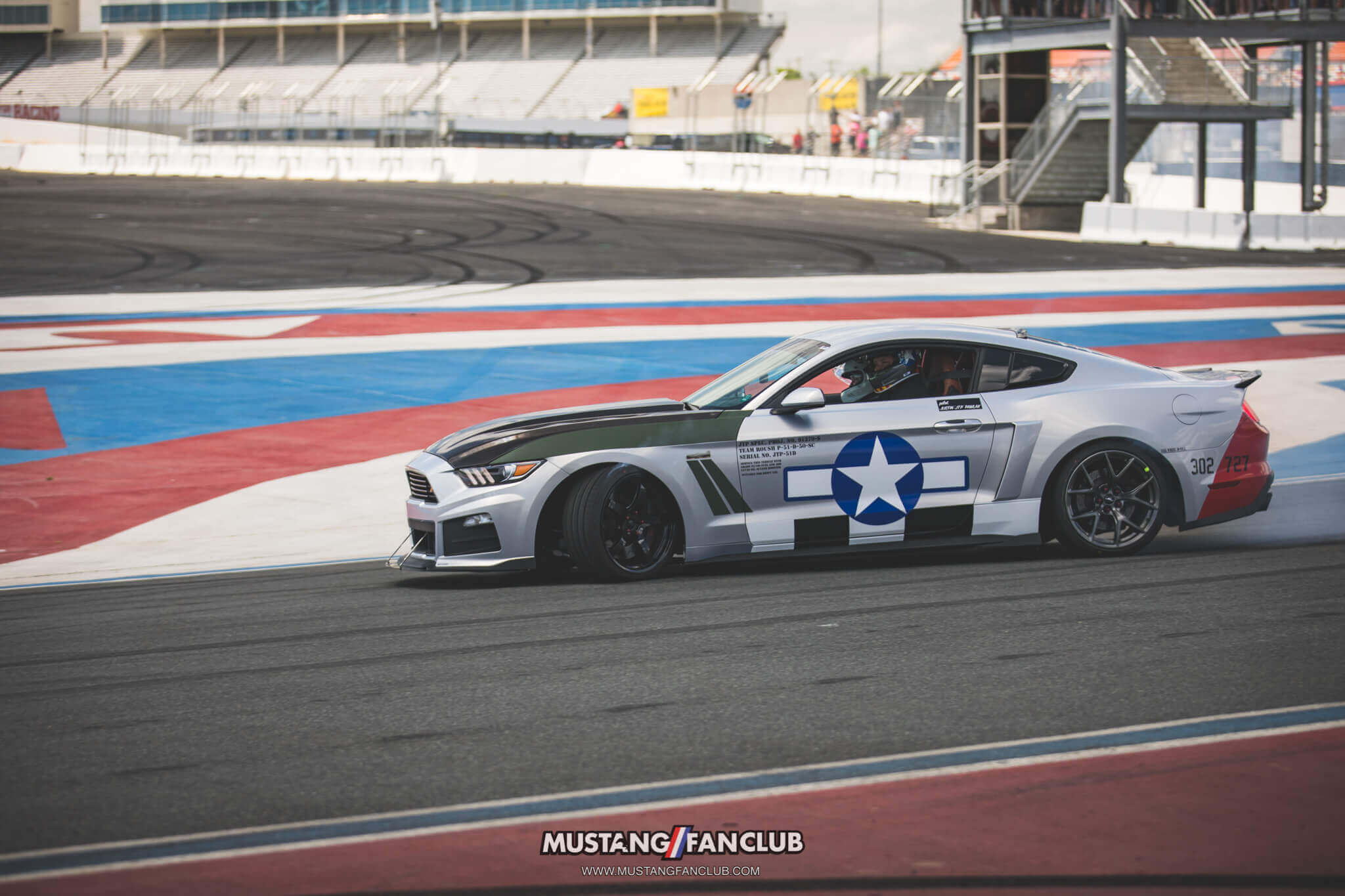 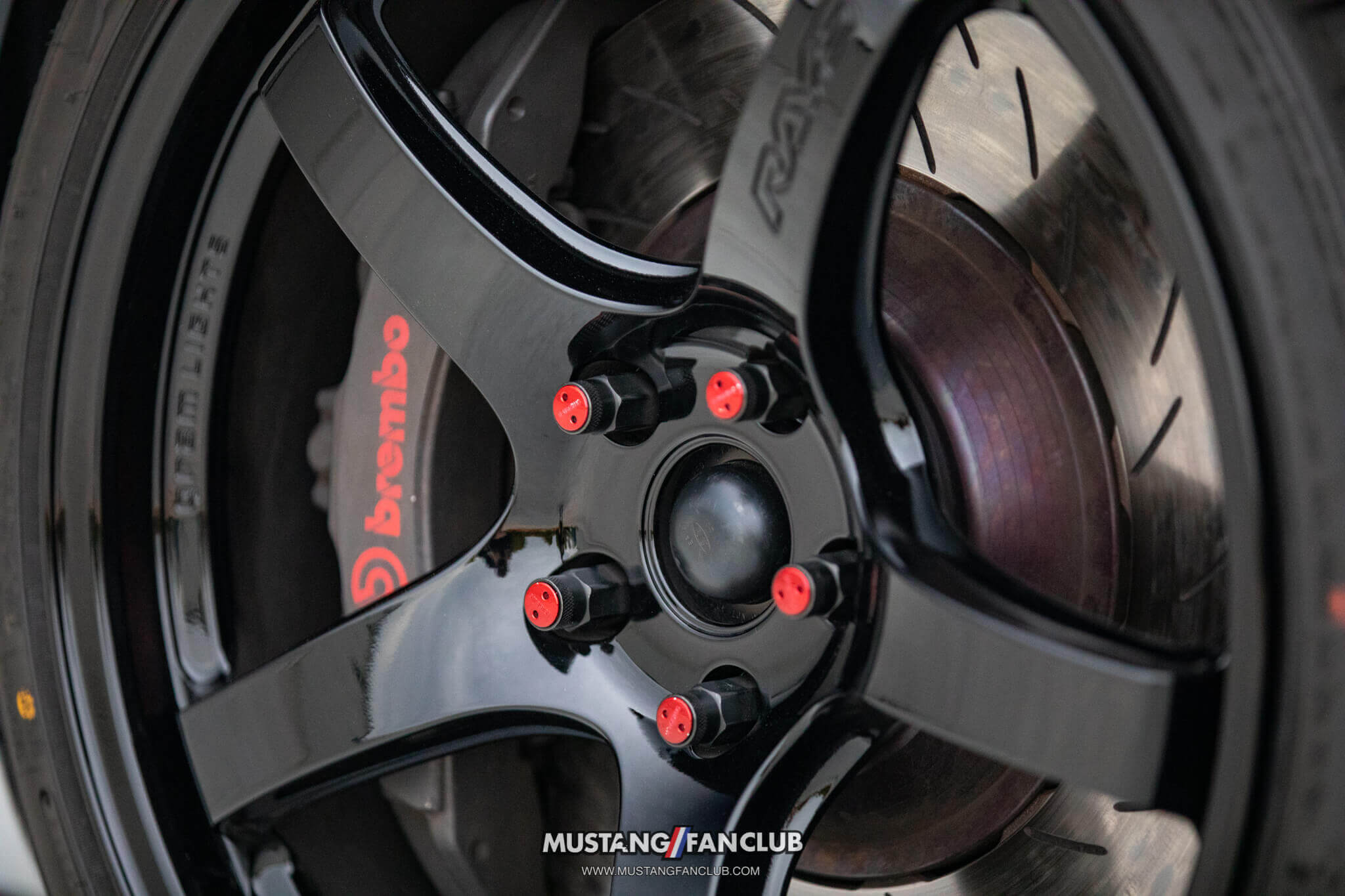 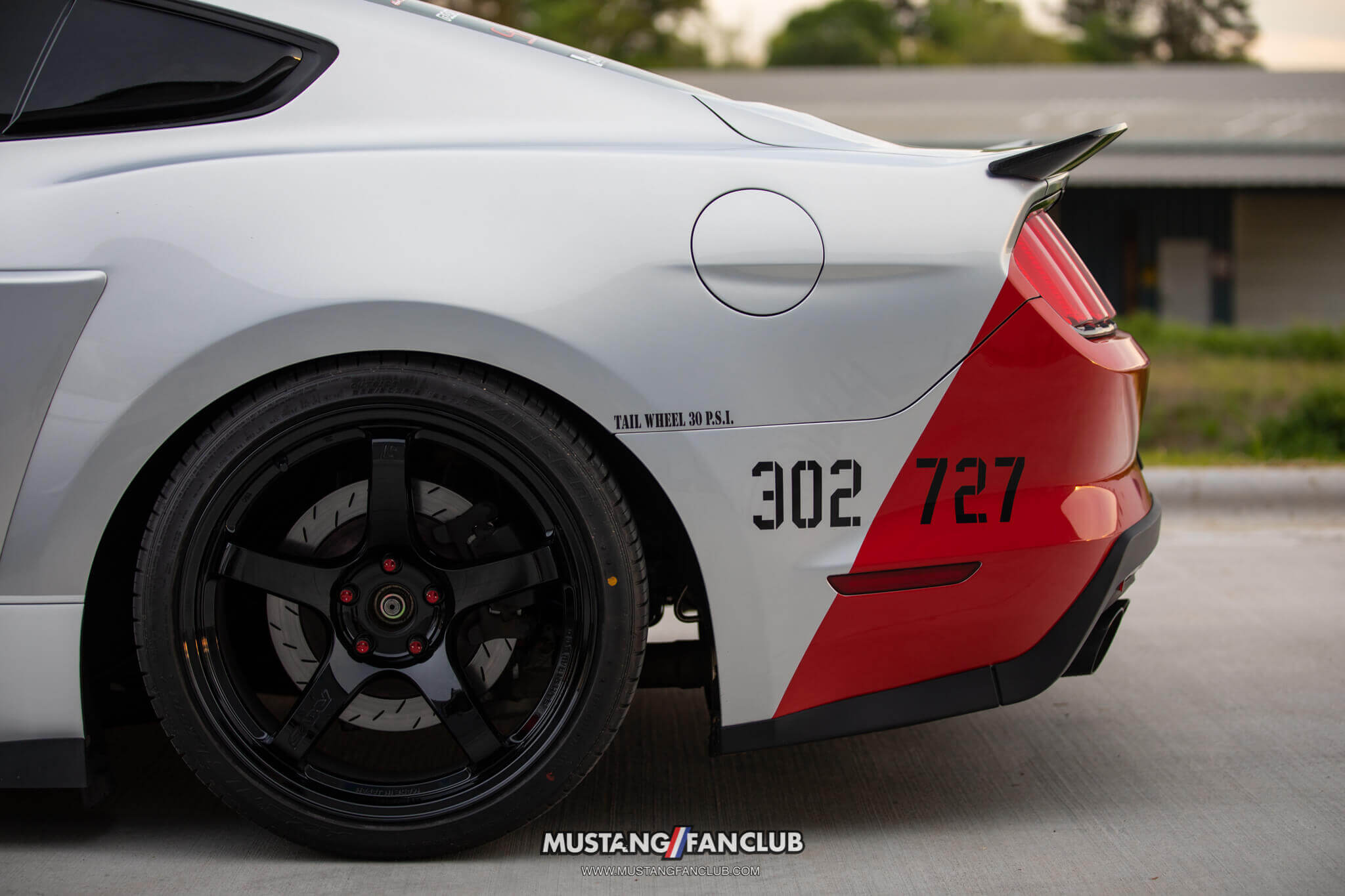 To stay up to date with all of JTP’s latest happenings, check out his Instagram below and give him a follow. The full modification list on his ROUSH JTP-51D is below as well!