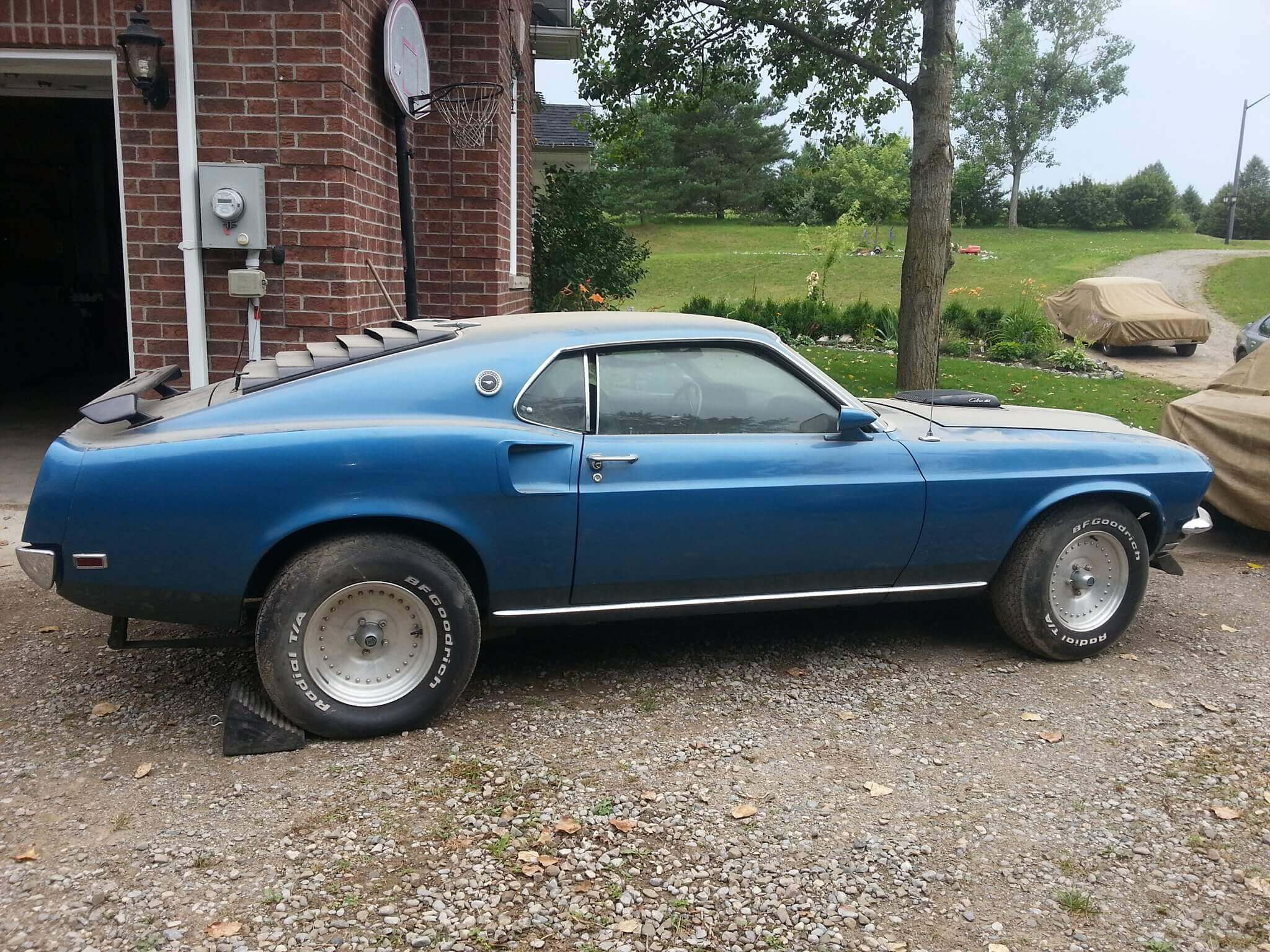 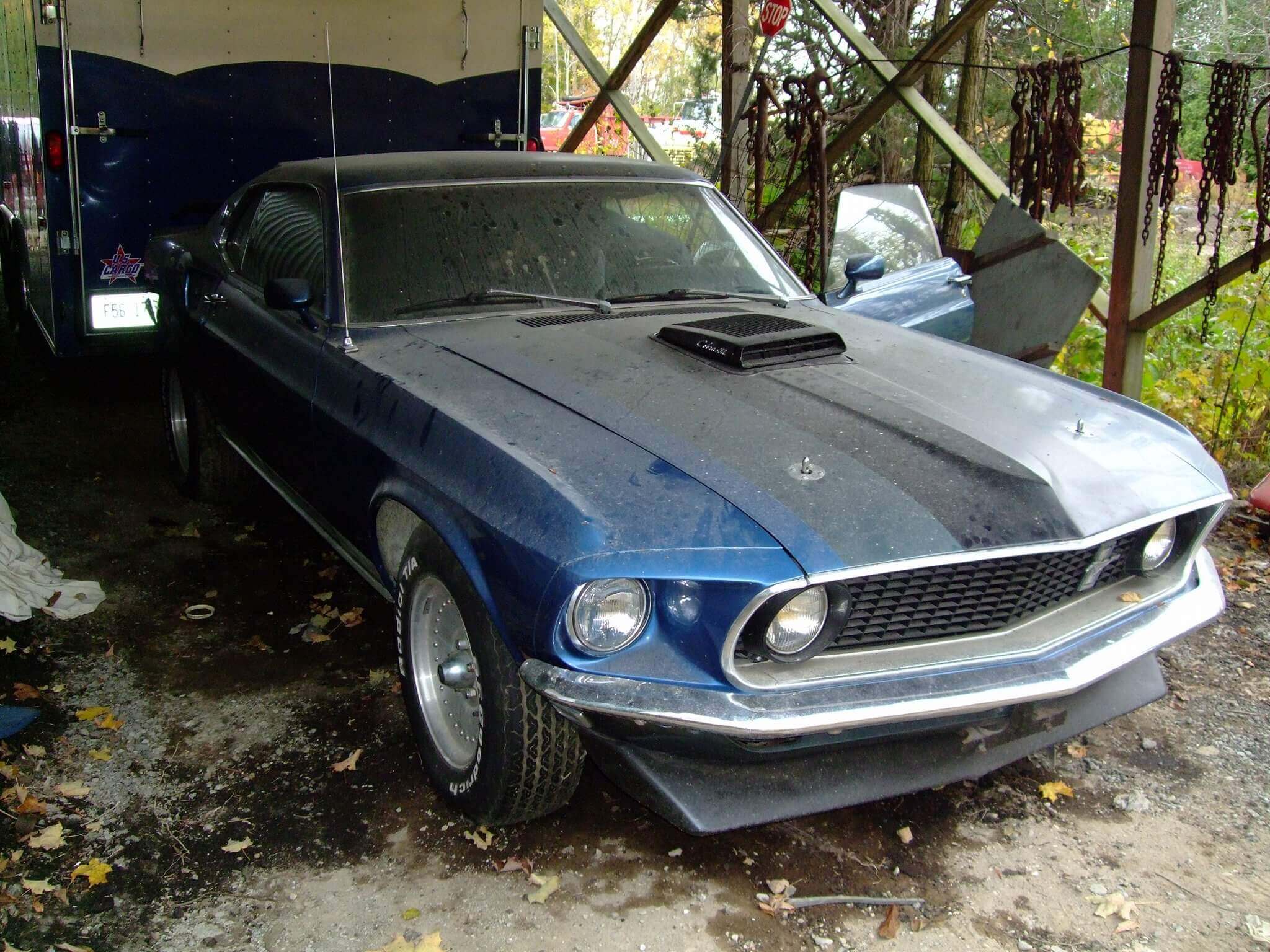 I would like to tell you a story about a father and son that stumbled upon a ’69 428 Super Cobra Jet Mach 1 (try to say that five times fast). Like many stories that pass through Cars in Barns, this one began in the classifieds.

Mike Bozelli and his father are some of the biggest Mustang enthusiasts out there. It goes without saying they are always on the hunt for their next purchase. One day, Mike’s father came across an ad for a “1969 Mustang Mach 1” with a single photo and very little information. Upon closer inspection, he realized the car had the “Cobra Jet” script on the side. He immediately headed out to see it for himself.

He arrived at a large house with a big ol’ shop and a ton of toys. What was that outside under a carport? How about a 1969 Ford Mustang Mach 1 428 Super Cobra Jet. The gentleman selling the car was the original owner and drove it off the lot at the age of eighteen.

The Mach 1 was ordered with Acapulco Blue Paint and numerous other accessories.

At some point the motor was swapped from the 428 to a 427 Side Oiler, and the 428 Super Cobra Jet was sold to a local boat marina. They made a deal, and the car was on a trailer the next day. But the story doesn’t end here… 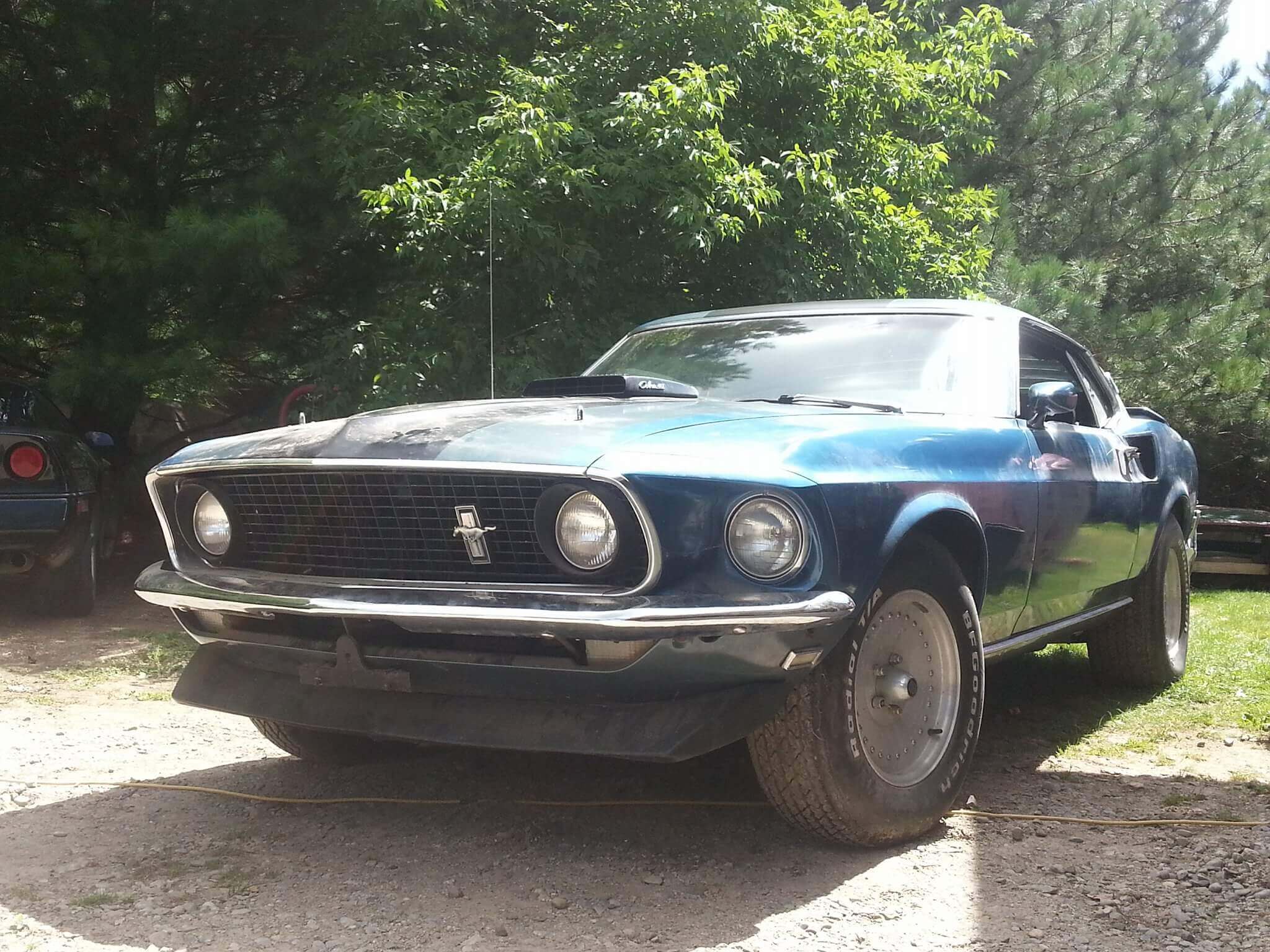 Soon after, a 1966 Mustang Coupe drag car, popped up on Mike’s radar. It was on a tube chassis with a full cage and sported a 429 Short Block. Mike checked it out but decided to pass. Then the owner mentioned he had something else Mike may be interested in. This something else was an old boat with a big block Ford in it. You guessed it.

The boat came from the marina the 428 Super Cobra Jet motor was sold to. But could that be the motor from our Mach 1? They couldn’t look at the motor at the time because the boat was in storage elsewhere, so they asked him how much he was looking to get for it.

Owner of the boat said, “Fifteen.” 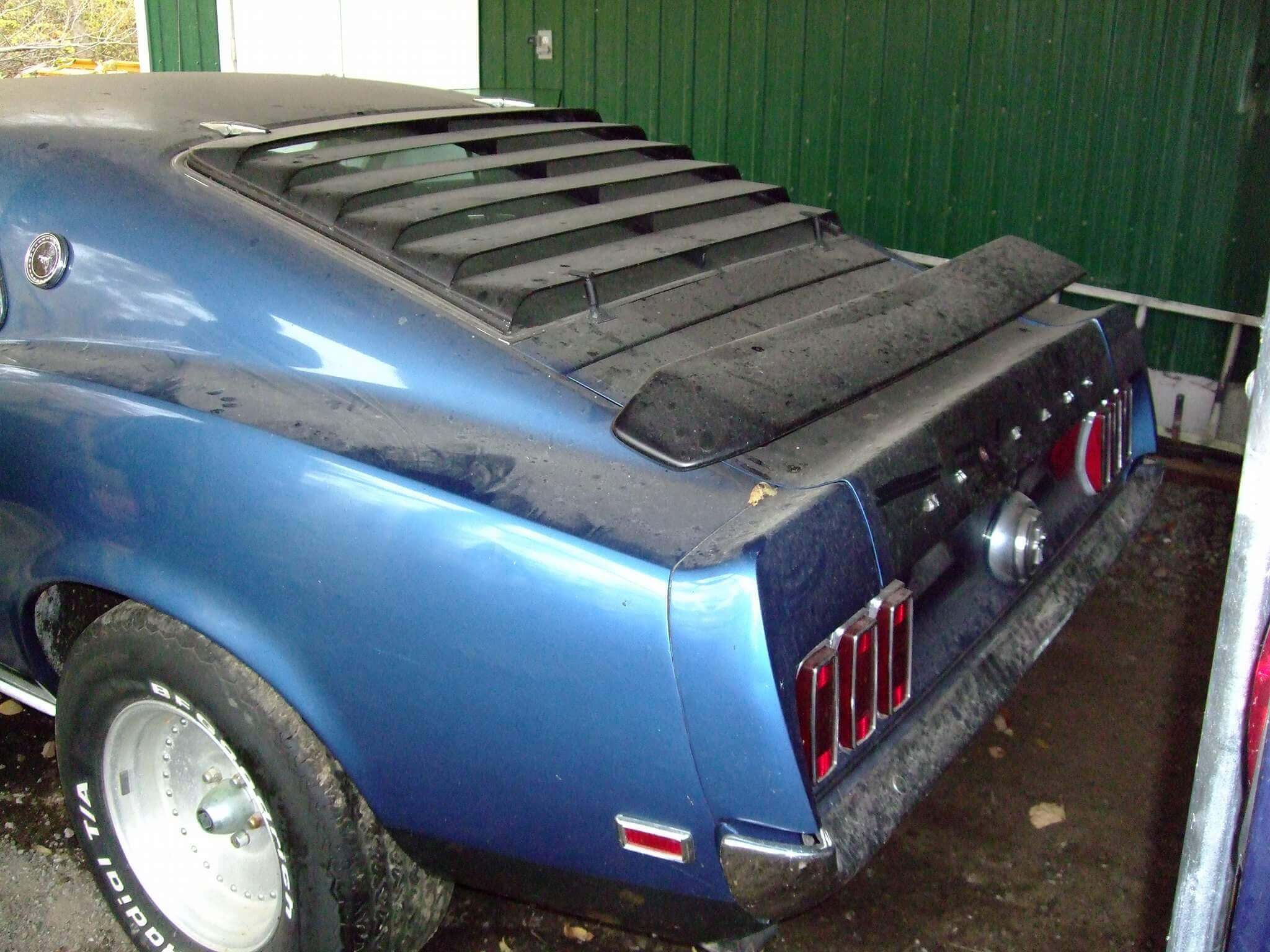 A year goes by and the owners of the Mach 1 Super Cobra Jet get a phone call. The owner of the 1966 Coupe sold the Mustang but was still looking to sell his boat and thought he’d give them a call to see if they wanted to make an offer. It turns out that a year before, when the owner said “fifteen,” he meant fifteen hundred!

Sure enough, when they inspected the motor they saw the word “SUPER” printed on it. Here it was, the original motor from their 1969 Mach 1. Fifteen hundred bucks and a few mishaps later, the boat is on the trailer, headed for home. Mike and his dad managed to get the boat home that day despite losing three trailer tires on the trip. 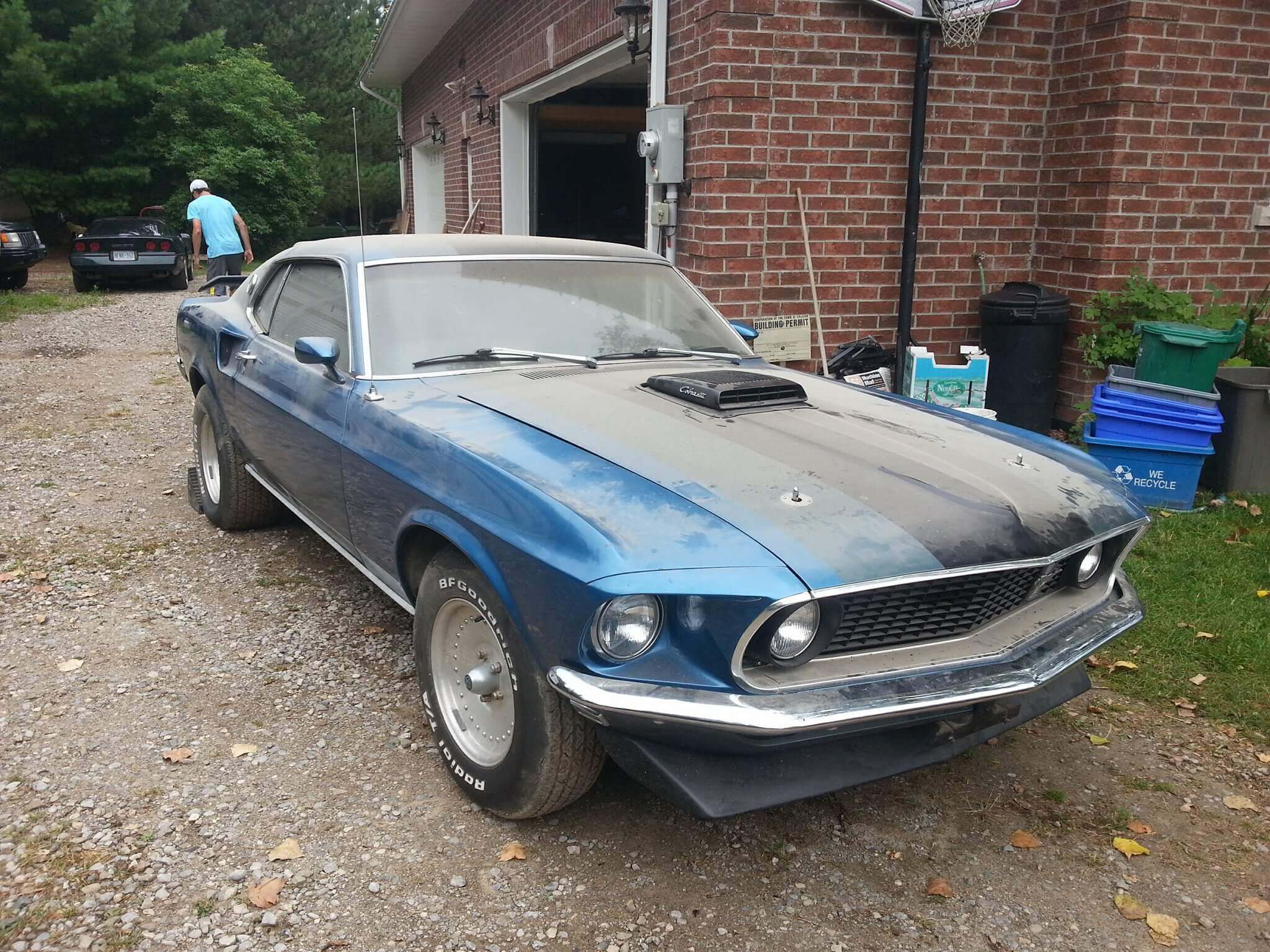 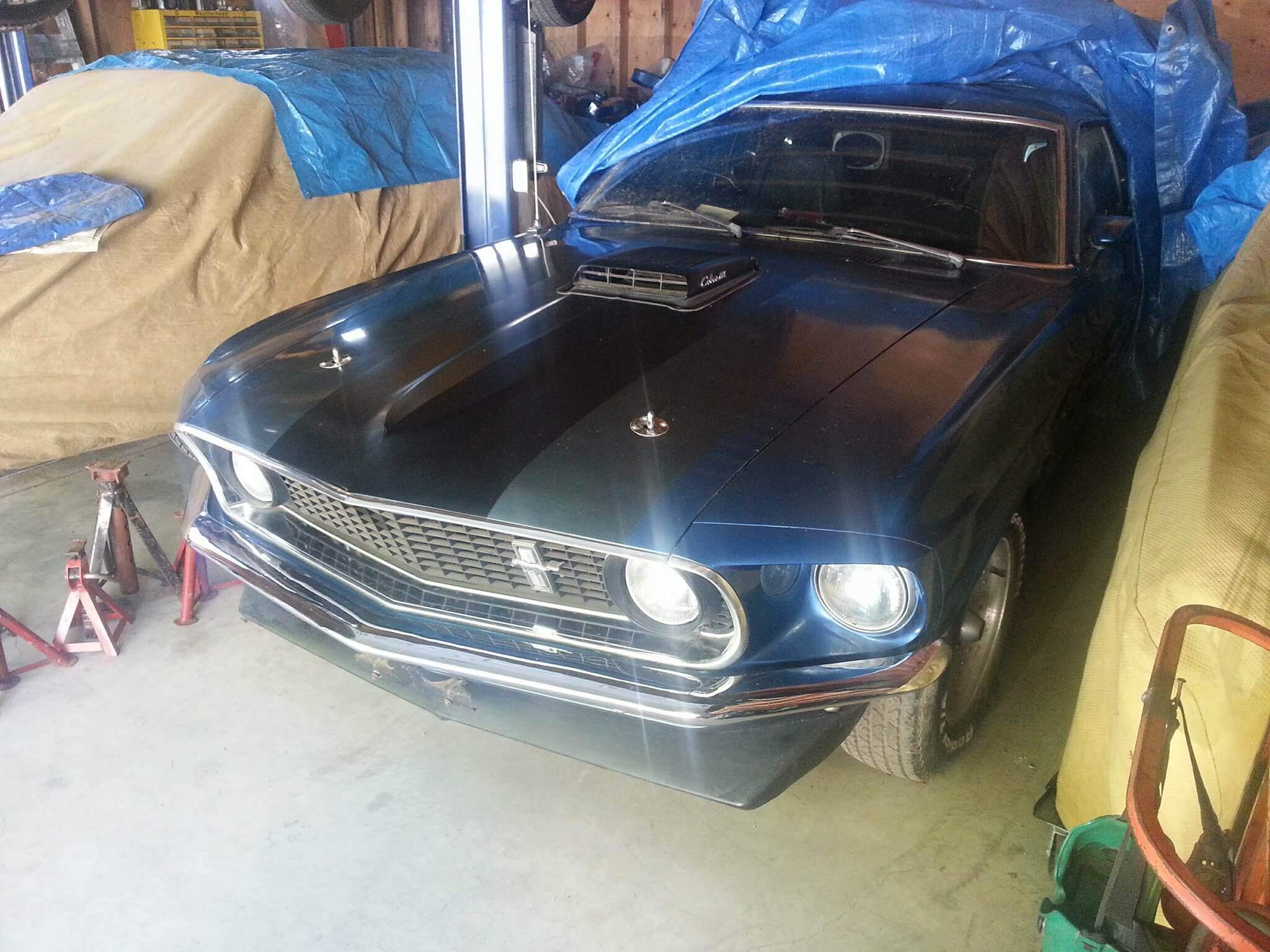 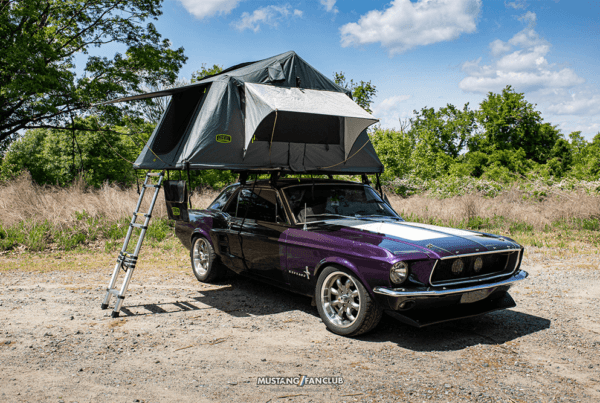 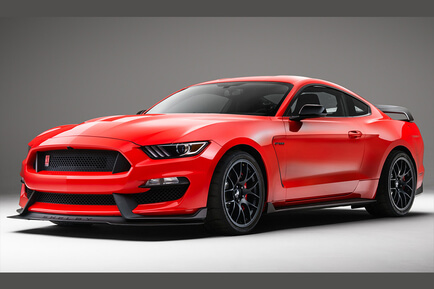 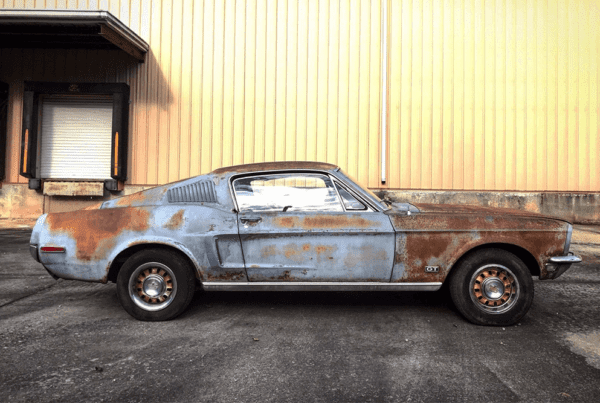 ’68 Mustang Purchased with the Original Owner